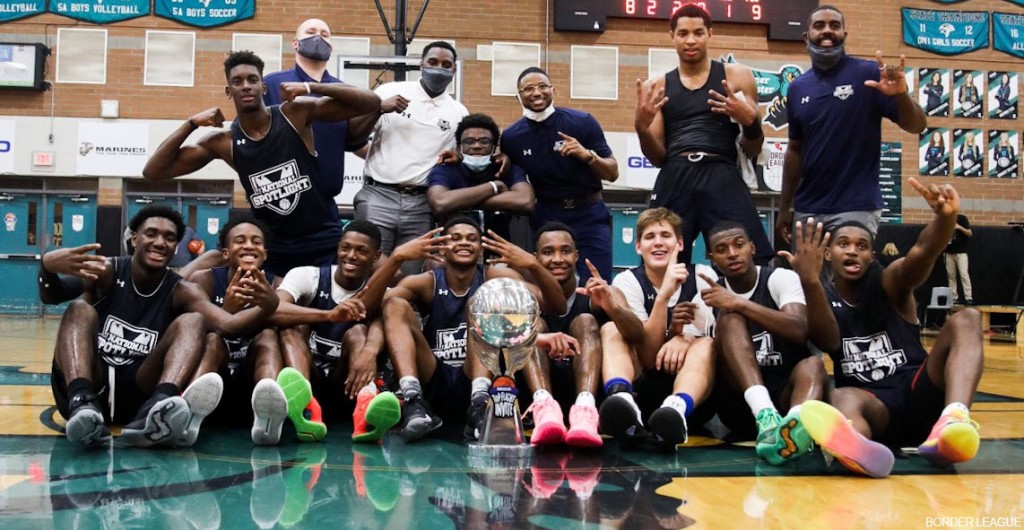 All hail to the champions.

The loaded Border League wrapped up on Sunday night with a match-up of one of the powerhouse programs in the nation and one of the most electric offensive guards we've seen in the last decade.

In the end, it was too much size, too much depth and too many high-level players that pumped in the production on Sunday afternoon when IMG (FL) defeated Coronado (NV) 68-59. IMG is no stranger to big stages or big stars. They've seen everyone that prep hoops can put up on a platform.

The Florida-based school threw the big dogs at the Coronado attack. To be clear, five-star forward Moussa Diabate went to work. The French native went for 18 points, 13 rebounds and four blocks in the win and had control of the paint right from the tip. If it is possible to be a five-star player and a starter for a premier program and have a national recruitment but also be under-discussed as one of the real stars in this class?

Maybe I'm wrong. I hope I am. But Diabate's quickness and athleticism is really something to see. When you look at the players inside the top ten and at the same position, Diabate measures out much quicker and more athletic. We saw some quick twitch moves in this title game that you don't see from too many players. Put him into a NBA combine workout and you'll see a track level athlete going through basketball motions.

He's a special athlete who made big plays against a big team on a big stage. Keep a close watch on the G-League option but also watch the blue blood programs.

From tip to finish, future Texas guard Tamar Bates had a great weekend of work. There is a toughness to the Kansas City native that fueled the entire IMG lineup. He's an absolute dog in the most sincere and complementary ways. He pumped in 24 points in the title game but it was his aggressiveness and defense that jumped off the page with him. When Shaka Smart's programs are at their peaks, he has guys like Bates in the lineup.

Rounding out the championship attack was stud junior Eric Dailey, Jr. He was consistently productive across the board, pumping in 13 points and nine rebounds in the win. The strong-bodied wing just gets the job done and will guard with physicality. There are guys who play professional basketball that play this way and play for a long time.

For Coronado, the bar was set incredibly high the night before when Jaden Hardy was trending after his legendary performance against Prolific Prep. Expectations were high and everyone in the gym knew it. Hardy is one of those players that you believe is going to make every shot he always takes. That's the beauty of his confidence. You believe right there with him.

But IMG poses a different kind of problem. There aren't too many schools who have a roster that can pose such a problem for elite perimeter scorers. Hardy had to work to get looks and that size ultimately caught up to him. Hardy had a pedestrian 18 points, only scoring two buckets in the second stanza.

Future Michigan guard Frankie Collins had a solid game across the board. He's so incredibly athletic and quick that you sometimes miss the beauty of his game. Collins is really good on the ball and very active on defense. He collected eight steals to go along with his nine points, five assists and five rebounds.