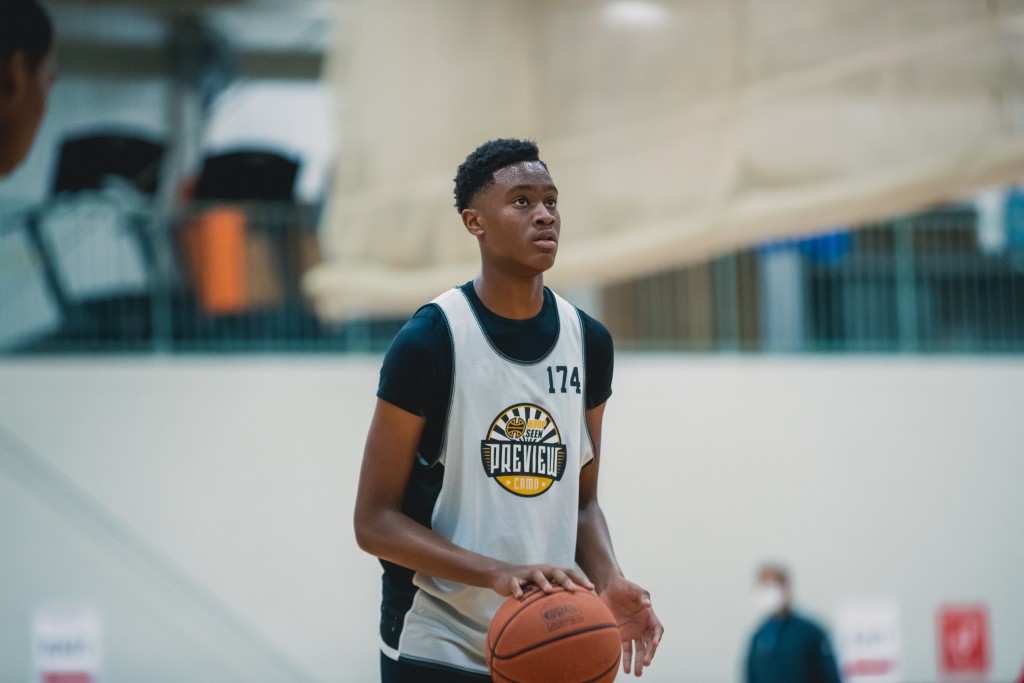 The Elite Preview was one of our better camps as some top prospects across the region joined us at Suwannee Sports Academy. After reviewing the notes from our staff and coaches, here are the evaluations from team eight.

Malachi Brown, 2023 G, Buford: Malachi Brown mashed the gas from beginning-to-end at the Elite Preview. The sophomore guard was on fire beyond the three-point line. He connected on jumpers off-the-catch and off-the-dribble. Brown used his crafty dribbling skills to create those shots off the dribble and to breakdown opposing defenders. On the defensive end, he had a strong awareness and timing on steals in the passing lanes.

David Clark, 2024 SF, Campbell: The lefty wing utilized his shooting touch to make a name for himself. On his jump shots, you could see the pure rotation from the ball the moment it left his hands. Clark knocked down a nice number of catch-and-shoot jumpers from the perimeter. He’s got great size at 6-foot-5.

Chad Moodie, 2023 PF, Grayson: The 6-foot-6 power forward looked to showcase the versatility in his skillset. He had no problem stepping out of the paint and operating as a perimeter player. Moodie was confident in putting the ball on the floor and beating defenders off-the-dribble for scoring opportunities.

Jayce Nathaniel, 2024 C, Lanier: Jayce was easily one of the most athletic players at our camp. His explosiveness in his jumping ability and his long frame served him well as a rim protector. When rebounding, every ball that came off the rim appeared to have his name on it. On the offensive end, he had numerous finishes above the rim using both hands. Nathaniel was also able to connect on a few 15-foot jump shots as well.

Camden Parada, 2024 SG, Aquinas: Whenever someone references “Parking-Lot Range” with a player, it simply means they can shoot it from DEEP. In Camden’s case, this proved to be true on the countless number of three-pointers he made during the day. While making a living with the three-ball, he still understood the significance behind good shot selection while taking the best looks available. The freshman from Aquinas HS defended his position well and provided a ton of energy for his group.

Isaiah West, 2024 PG/SG, Campbell: West took the reigns of a leadership role all camp long. There wasn’t a single play he didn’t impact. Battling for a rebound? Most definitely. Winning the 50/50 ball? He’s got it. Guarding the best player on the floor? One of his main objectives. On the offensive end, he proved he could be a “three-level” scorer while always in attack mode.

Jeremiah Wilkinson, 2024 SG, Campbell: Confidence wasn’t an issue for Jeremiah as he had a nice shooting day from the perimeter. The lefty was poised and ready to shoot when the ball was swung his way. His confidence was displayed when he knocked down a few big-shots during gameplay.

Ethan Davis was named as a top performer by our staff. To read more about his day, click on his profile below.