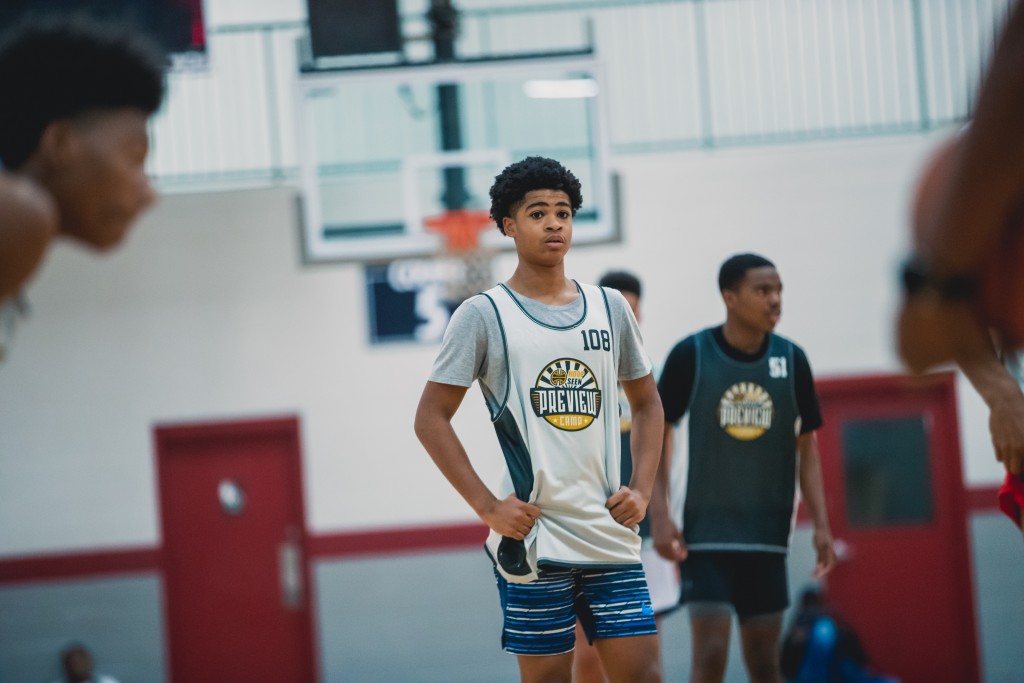 SUWANEE, GA - Our HoopSeen Elite Preview was held this past Sunday with loads of talent from the region in the 2023 and 2024 classes. Here are our team 6 evaluations from the camp.

Madel Deng, 2023 C, Greenforest Academy: Listed at 7-foot-2, Deng was the tallest player at the camp. For his size, he moves extremely well and has a decent handle. He runs the floor well and has a nice touch around the basket. His sheer size alone helped him to block and alter shots that came his way.

Jordan Harris, 2024 PG, Sandy Creek: Only a freshman, Harris has the potential to become an impact player at the PG position. He plays with high energy and took coaching very well. He made some impressive passes and was constantly looking up the floor to get the break started.

Gicarri Harris, 2024 PG, Grayson: Entering his first year of high school basketball at Grayson, Harris has some big shoes to fill with the reputation that guards have at that school. He is quick with the ball in his hands and converted on tough finishes through traffic. With the opportunity to learn and develop from the Division I caliber guards at Grayson, Harris has a bright future.

CJ Hyland, 2024 G, Lanier: Similar to Gicarri Harris, Hyland has the opportunity to learn from the talented guards at Lanier High School. Always seeming to make the right play, he had a solid showing at camp.

Reginald Kennedy, 2023 PG, Fayette County: Kennedy is an up-tempo player. He constantly pushes the ball up the court. He has the ability to score it and distribute to his teammates. Kennedy was effective beating his defenders off of the dribble to get into the paint.

Justin Lloyd, 2023 CG, Aquinas: Lloyd may have been one of the quickest players at the camp. He was most effective using his hesitation dribble to blow by defenders. He also showed that he is a capable shooter.

Joshua Mathurin, 2023 PG, Dacula: Mathurin is a  shifty point guard that makes defenders miss. He has a tight handle and doesn't turn the ball over. He also makes good decisions with the ball in his hands. Our staff was impressed with his ability to stay calm when the defense collapses and make the right pass.

Michael Pace, 2024 G, Mount Pisgah: Pace is shifty with the ball in his hands. He hits defenders with dribbling combinations that make him a tough match up. He utilizes the step back to create space for himself to get a shot off. He did a good job getting into the lane and dishing it to his big man for easy lay ups.

Jaylen Priester, 2023 G, Creekside Christian: Priester is a strong, stout guard who can defend multiple positions. He has a really quick first step and utilizes the shot fake. True playmaker. He gets his teammates involved.

David Thomas, 2023 PG, Eagles Landing: Thomas has the potential to be a great scorer. He has a nice feel for the game and is able to get to his spots with minimal dribbles. He was consistent hitting jump shots and finishing at the rim.

Colby Williams, 2023 W, Meadowcreek: Williams is long and lanky. He is aggressive on offense, constantly looking to attack the rim. He has active hands on defense that enabled him to notch some steals and make plays happen in transition.