PSB-Nashville BA Claims 17U Best of the South 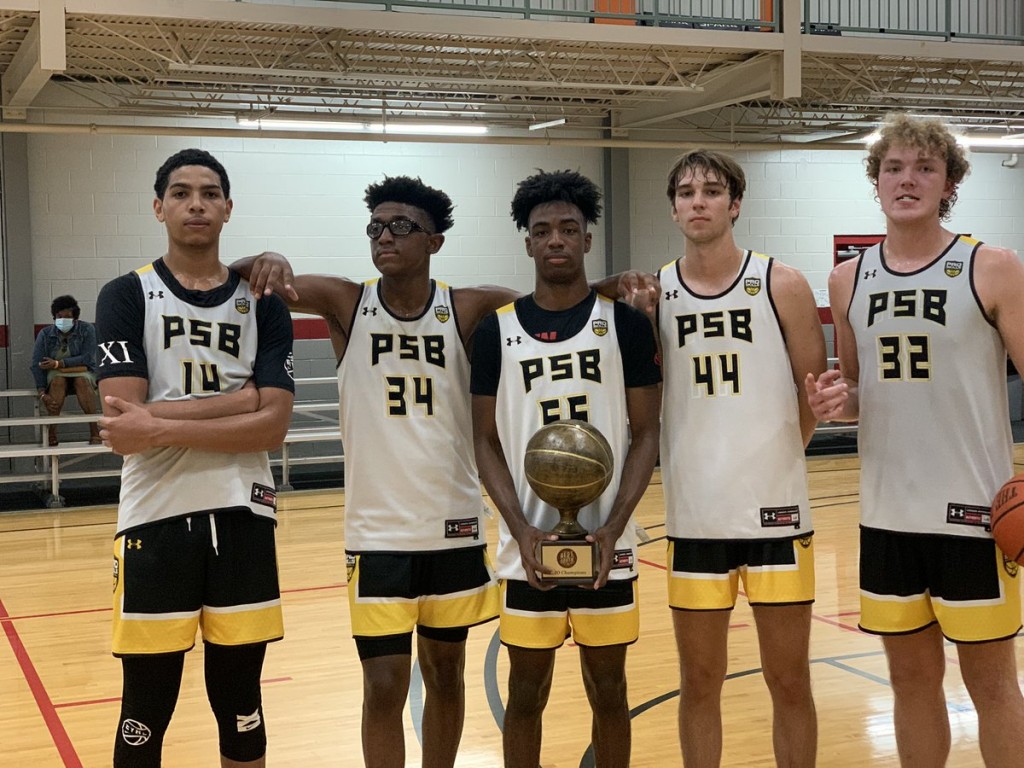 In an all-PSB Nashville showdown, PSB Nashville-BA came out on top, beating PSB Nashville-Beasley/Wetzel 61-43 to win the 17U Best of the South Tournament championship. Isaiah Jones led all scorers with 26 points.

PSB BA was able to grab a lead heading into half time largely in thanks to 17 first half points from Jones. The two teams were trading buckets for the majority of the first half until Jones went on an 8-0 run with two minutes left in the first half. Jones was ridiculous during his run. He hit back-to-back threes along with finishing a tough basket off the drive. Adding a bucket from Jaylen Pegues and Caleb Wilson, PSB BA ended the first half on a 12-0 run to take a 36-21 lead into the second half.

The momentum did not stop from there. PSB BA continued to play at a high level in the second half. They were active on defense, aggressive in getting to the rim, and knocking down jump shots. Furman commit Pegues controlled the tempo and contributed nine points. He was patient with his moves and took good shots. Caleb Wilson was all over the place. He went after every single offensive rebound, showing off his leaping ability. He was a force on offense too scoring 14 points.

Jones stood out the entire game from start to finish. It did not take him long at all to impose his will. He played with a lot of confidence and swagger in this championship game. Jones was hitting threes and beating his man off the drive. He played and moved like he was the best player on the court. This kid is definitely a next level player.

Despite the deficit, Missouri Western commit Matthew Schneider continued to fight. He came out and scored five straight points to start the second half finishing with 21 points. The energy and intensity of PSB BA was just too much to overcome. Overall, it was a great tournament for the PSB Nashville teams. Both 17U teams were represented in the championship and performed well all weekend. Both teams have college level players