Six Alabama sleeper prospects from the 17U division of the #BamaJam 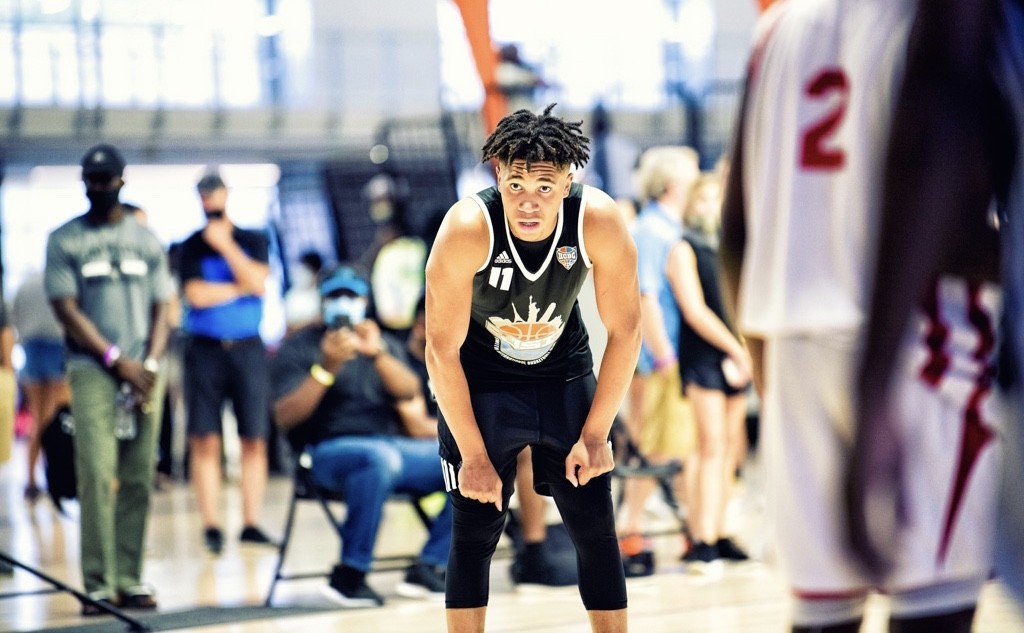 Alabama teams and prospects had quality showings over the weekend at the Bama Jam. While some prominent names produced during the event, there was also a number of under-the-radar players that put together quality games throughout the weekend. Looking back, there were six sleeper prospects from the state of Alabama that caught Garrett Tucker's eye in the 17U division.

Luke Guyette, 2021 PG, UWin Serventz: The rising senior had an impressive high school season for Huntsville High, as he lit up the scoreboard throughout the year for the 7A squad. He kept up the good work over the weekend for UWin, especially in our Friday night viewing, where he scored 30 points in a narrow win against PSB Elite Beasley. Guyette is good with the ball in his hands and has taken his playmaking and scoring ability to the next level over the last year. He has proven himself as a solid option for Division II programs in the South.

Shaun Holmes, 2021 CG, Living Our Dreams: Holmes is an intriguing option in the backcourt as a 6-foot-4 combo guard. He wore a variety of hats for his team during the Bama Jam, but the most impressive part of his weekend was his efficiency from the point guard position. Playing primarily with the ball in his hands for extended periods of time, Holmes was able to make quality decisions against two quality teams in EAB and the Nike Elite Stars. He has always been noticed for his shooting ability, but Holmes' progression is noticeable to this point.

D.J. Fairley, 2021 SG, JSI Elite: We have come to expect consistent production from Fairley on a game-to-game basis and that's just what he did over the weekend. The 6-foot-2 guard is synonymous with shooting and scoring and he does both at an efficient rate. The Hoover High School product led his JSI Elite squad with 17.5 points per game at the Bama Jam. Fairley has a high basketball IQ and understands how to put the ball through the basket. Alabama A&M has extended an early scholarship offer.

Will Stidham, 2021 SF, Pro One Academic: Stidham raised the eyebrows of some college coaches in attendance this weekend. The 6-foot-5 prospect is known for his catch-and-shoot ability -- and rightfully so. Stidham shoots the ball from range at a high clip, and he is beginning to come into his own with some improvement in his athleticism. Several D3 programs are now showing high interest, as he already sports a 28 on the ACT.

Parker Godwin, 2021 CG, Alabama Supersonics: Godwin burst onto the scene early on Friday and kept his foot on the gas during his team's play during the weekend. He opened the event with 26 points against North Point Youth, including six made 3's. The 6-foot-1 guard showed his ability to score from both guard positions and really emerged as a new name in Alabama's 2021 class. Godwin followed up his opening game with 25 points and 17 points, eventually ending the weekend averaging 18.8 points per game.

Kelton Petty, 2021 SG, Team Flight: Over the past few years, Petty has torched the nets at our HoopSeen events and this weekend was no different. The 6-foot-1 guard averaged 20.7 points in three games of action while scoring the ball from behind the arc. He continues to improve his ability to score the ball off the bounce, as he made several tough finishes at the rim and produced points from the free-throw line.