Three things I learned today at the #BamaJam 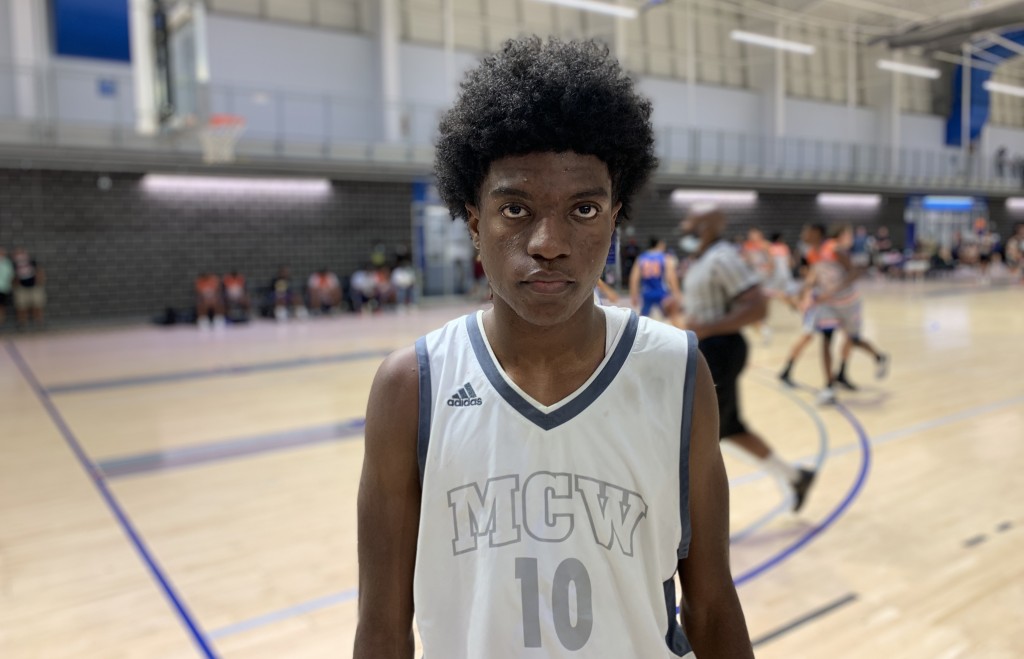 The Bama Jam tipped off at the Finley Center in Hoover, Alabama on Friday with some of the best talent in Alabama and surrounding areas on-hand for the action. With tons of talent throughout the age groups, there is plenty to dissect. Here are three things Garrett Tucker learned from the event.

FELIX OKPARA IS THE BEST SHOT-BLOCKER IN THE 2022 CLASS

I've seen 2022 Chattanooga (TN) Hamilton Heights big man Felix Okpara play for a few years now and I stand by my statement that he is the best shot-blocker in the 2022 class nationally. His full arsenal was on display for EAB on Friday. The 6-foot-10 center has length for days and an uncanny knack for timing opposing players' shots. He dominated the paint and protected the rim at an elite level, showing why he is already a priority recruit for some SEC schools.

Vanderbilt, Tennessee, Mississippi State, and Florida are all staying in close contact to this point. With his defensive prowess and high ceiling, Okpara is a promising prospect that should continue to rise up recruiting boards as the summer comes to an end.

Fast-forward to this weekend and Thompson is suiting up with the Madison County Warriors 15U group. MCW fell short in a competitive game against EAB in the evening, but that didn't stop the 6-foot-2 guard from showing his worth. Blessed with length and athleticism, Thompson was a tough assignment for opposing defenders because of his combination of speed and quickness. His explosive first step and long strides allowed him to make plays in the lane throughout the game.

It's still very early to pin players in the 2023 class, but Thompson will definitely be considered at the top of the list in Alabama. He's one of the most talented underclassmen in Huntsville and a new name to watch going forward.

One of the most pleasant surprises of the day came from a new name on the radar in 2023 Jacksonville (AL) guard John Broom. Playing with the JSI Elite 15U group, the 6-foot-3 combo guard played well beyond his years with his IQ and feel for the game. The rising sophomore made a trio of three-pointers and some tough finishes at the rim in the viewing I saw, but he didn't force the issue as a primary scorer. Instead, he showcased his passing ability and ability to make teammates better.

Broom scored 17 points in a competitive game against Team Carroll Premier, who has a large contingent of some of the top young prospects in the state. With his length and skill-set, Broom is an intriguing prospect who has a high ceiling. I'm excited to see him the rest of the weekend.