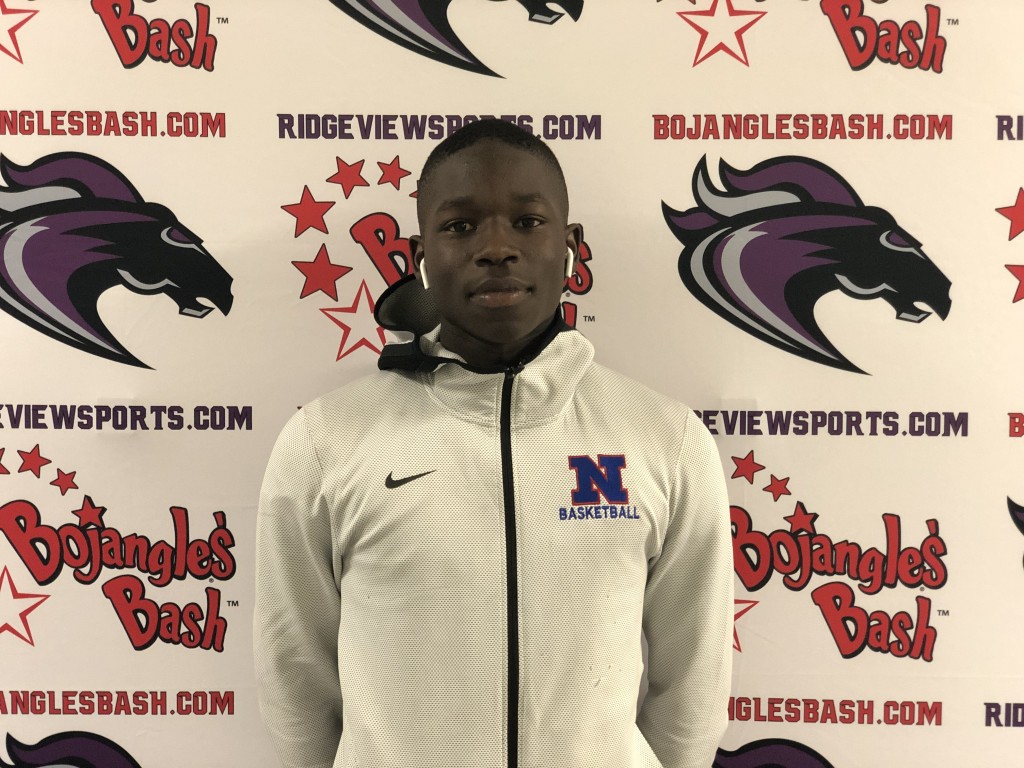 On Saturday, North Mecklenburg High School and Lumberton High School punched their ticket to meet in the NCHSAA AAAA state championship game held at The Dean Smith Center on the University of North Carolina campus next Saturday.

We were at Lenoir-Rhyne University in Hickory, North Carolina to take in the action for North Meck as they took on fellow Charlotte program Olympic High School. Both teams traded baskets early and North Meck took an 23-19 lead after the first period. A big part of the first half for North Meck was the play of Robert Morris signee Trayden Williams, who scored 13 points but wowed the crowd on several occasions with his impeccable ball-handling ability and his ability to make mid-range shots with ease.

Georgia Tech signee Tristan Maxwell scored 10 points in the first half in front of his future Head Coach, Josh Pastner.

VCU signee Josh Banks was the leader for the Trojans in the first-half, scoring 13 points on 4-13 shots from the floor. He struggled from the three-point line going 1-5 in the first half but kept his team in striking distance heading into the second half only down 13. 46-33.

North Meck would take a 17-point lead going into the fourth-quarter and Olympic would make their comeback behind junior guard Trevon Williams and 6-foot-2 small forward Nishawn Hodge who was a force down low scoring on multiple trips down the floor while also getting fouled but wouldn't get any closer than 75-70 before North Meck would put the game away. Olympic made 20-21 free-throws for the game.

Trevon Williams would foul out mid-way through the fourth-quarter finishing with 20 points.

Tristan Maxwell accounted for 18 points for North Meck in the win.

Play of the Game

Senior guard Shamann Artis came up with a huge block on what looked like to be an uncontested lay-up late in the fourth quarter that would have pulled Olympic within 3 points 72-75 but instead the block led to North Mecklenburg regaining possession and led to a North Meck lay-in to push the lead to 77-70. North Meck would go on to take the win and the West Region Championship 86-78. Artis would make 5-8 from the three-point line and finish with 17 points.

Player of the Game

For HoopSeenNC, it was Jeremy Gregory who was the crucial piece for North Meck throughout the game. The 6-foot-7 sophomore finished with 15 points and 12 rebounds and showed a soft touch around the rim and a knack for making plays that resulted in rebounds.