Championship Saturday at the NCISAA 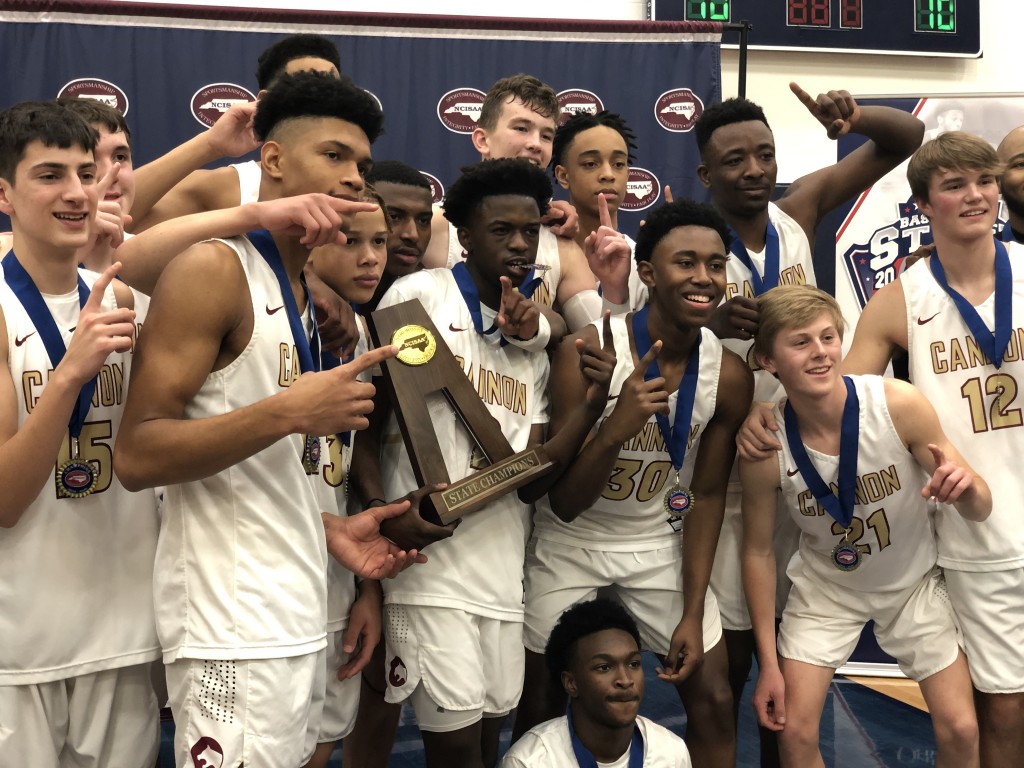 Another season has ended for the NCISAA. On Saturday, the top teams in the state’s private school division embarked on Charlotte Latin School and Charlotte Country Day to decide who would bring the trophy home. Some nationally ranked guys showed why they are ranked and some guys started their story this weekend. We take a deep dive into what we saw over the past two days.

Back where they finished runner-up last season to Greenfield School, the boys from one of the hotbeds of North Carolina basketball, Fayetteville’s Northwood Temple took down another Fayetteville powerhouse Trinity Christian on Friday behind 23 points from sophomore Jaquantae Harris.

Charlotte signee Jackson Threadgill scored 21 first-half points on his way to 30 for the game as Davidson Day took down Wayne Country Day 84-46 at Charlotte Country Day. Davidson Day also had some help from 2020 point guard Adam Brazil, who chipped in 16 points and dished out 7 assists in the blow-pout win.

Davidson Day finished the season at 30-1 with their only loss coming at the hands of 3-A state champs Concord Faith Assembly earlier in the year. Davidson Day won both their final four game and championship game by 20+ points.

Concord First Assembly has a roster of Division One talent and it showed on Saturday what that means for opposing teams throughout this season. Frank Cantadore’s squad took on Fayetteville’s Village Christian and came away with the 3-A trophy 68-48. What a performance from Youngstown State signee Cheick Traore, 19 points, 21 rebounds and four blocks. 2021 guard Trae Benham, who has multiple Division One offers ended the afternoon with 22 points and 4 rebounds.

Furman signee Garrett Hein ended the game with 10 points and 7 rebounds. Paladin Head Coach Bob Richey is getting a guy that has one of the best motors around and plays so hard and intense.

For Village Christian, Columbia signee Zavian McLean finished with 13 points in the loss.

This was the 12PM game and there was not a seat in the house at Charlotte Latin. It doesn’t happen often but there is always a chance of a team being able to play for a title at their own venue, this was the case with Charlotte Latin. In front of a huge home crowd, Latin and Cannon School traded buckets for much of the game.

Jaden Bradley, the best point guard I have seen out of the state since John Wall and Dennis Smith, was his usual self yesterday. He scored 27 points on an array of drives to the baskets. His most crucial plays were his two three-pointers late in the fourth quarter that eventually sealed the win for Cannon School 71-69. Latin had a shot at the buzzer to win but it just missed and a follow-up missed.

Holy Cross signee Randy Johnson was unbelievable yesterday afternoon, the guard scored 38 points and made big play after big play to keep Charlotte Latin in this one. He scored from attacks to the paint and scored from outside, making four three-pointers. He gave it his all on his last game in a Latin uniform at home.

Junior shooting guard Jarvis Moss was a big key in this win for Cannon School and Che Roth who will return their starting line-up next season. Moss scored 20 points and had some critical plays on defense that helped get the win.