The youth shine at Holiday Hoopsgiving 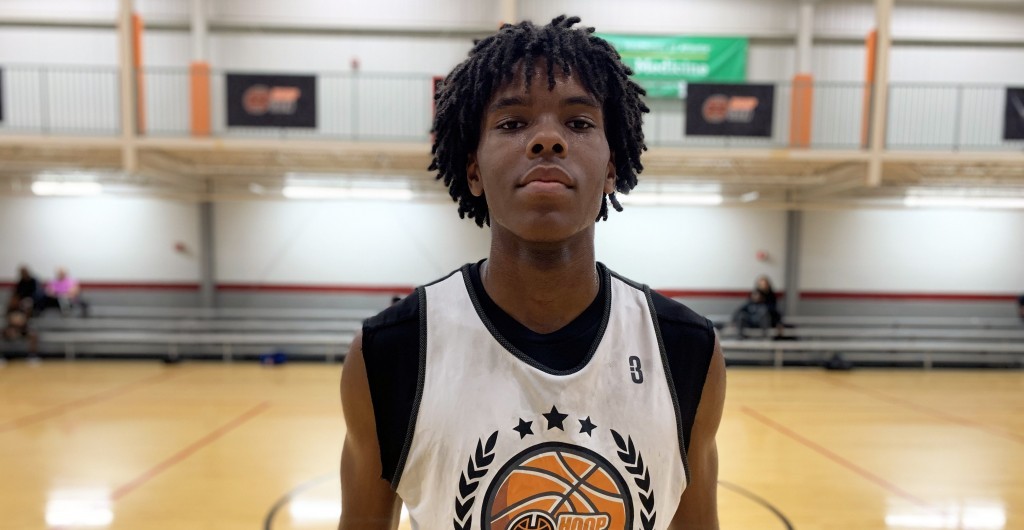 With so many of the events 2020 prospects off the board, I prioritized the underclassmen to get a jump on that will eventually grace the cover of the media guide. The southeast's future looks promising as several players either improved their already incredible standing, while others created a name for themselves.

The towers at Berkmar get the bulk of the attention but it was sophomore guard Jermahri Hill that left me wanting more. Some polishing is needed and will eventually come on the offensive end, but his efforts and intangibles defensively are ahead of the curve. While he's currently listed at 6'3, long arms and good instincts give him the range of someone bigger. Hill projects to be one of the better defenders and two-way prospects in the state.

After evaluating Jalen Gilmore at our Bob Gibbons TOC, I wanted to track the development of Bishop Snyder guard Jalen Gilmore. It was evident back in May that his foundation was solid, but it was nice to see that he's made improvements over the past couple of months. Gilmore's pace set the tone as his constant prodding for the best shot put his team in good positions. More experience against different ball screen coverages should go along way despite Gilmore's keen sense of dissecting what's in front of him. Multiple gears, solid decision making, and his size will all be coveted by programs down the line.

Scroll through his profile and you'll get a clear picture of Kendall Campell's current trajectory. Things are looking up as one of Georgia's best young forwards decided to own the post-Thanksgiving stage. Campell fits the mold of today's current forward that is asked to do a bit of it all. From trail shots, rebounding, and driving past defenders, there's not much to dislike given his current production. But there's production and then there's upside, and he has plenty of it. In-state powers should kick off his process soon, assuming they haven't already.

The rise of South Cobb's Zocko Littleton has been a rapid one as the sophomore guard has shot up the national rankings in recent months. It is an understandable ascension as shot making remains as the games most sought after skill. While some shooters benefit from the penetration of others, what separates Littleton is his ability to create his own. Shooting off the bounce seems as easy as his catch and shoot opportunities. With several opportunities already on the table, it will be interesting to see his recruitment play out over time.

As all eyes focused in on Scoota Henderson vs Bruce Thornton(more on this later) it was the freshman that made sure to carry his share of the Milton weight. Signs of being battle-tested early on was evident as Kanaan Carlyle made the most of the weekend's most intense matchup. It's one thing to have 29 points, it's another for you to score 29, as a freshman, on the biggest stage of the high school season so far. Everything seems effortless as if the game has slowed down to a snail's pace. For as elite as Carlyle is, it's the future that has me excited. The next few years of his story could be special to watch.