City of Palms: Recapping a busy Friday slate of action 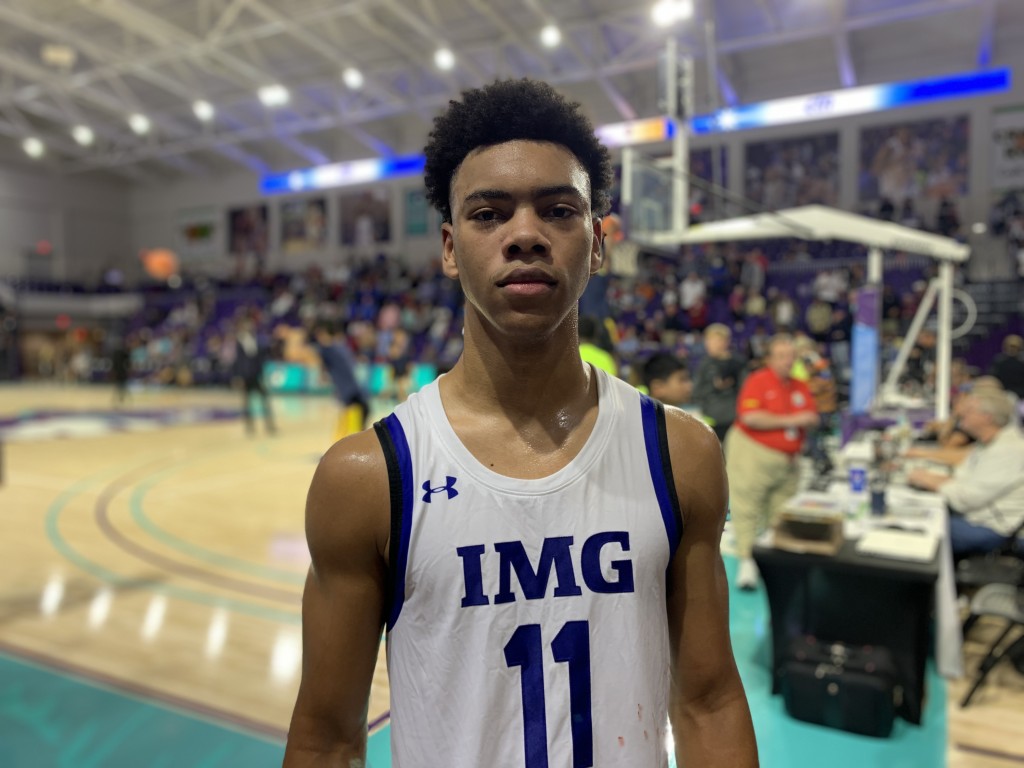 City of Palms: Recapping a busy Friday slate of action

FORT MYERS, FL - The action is starting to heat up here at the City of Palms. The winner’s bracket is getting smaller and the Sunshine Series brought in some of the top programs in the country to help bring the intensity levels up a notch.

Jaden Springer, IMG (FL): The Vols have a future SEC star coming to Knoxville. In a big win over Archbishop Stepinac, Springer scored 30 points on 11-17 shooting from the floor. His physical brand of basketball is hard to guard at this level, and truthfully, at the next (if he were in college now). The 6-foot-5 combo guard can flip the switch from set up man to go-to guy pretty easily. Springer’s outing was the best individual performance on a day full of high-level guys going at it.

Cade Cunningham, Montverde (FL): His night was simple and effective in a win against Whitney Young. The future Oklahoma State guard finished with 14 points, nine rebounds, seven assists and missed just two shots. The nation’s number one player is never rushed and never had to get past his second gear. He piloted high school basketball's best team to a 82-56 over a team that isn't easy to beat.

Samson Ruzhenstev, Hamilton Heights (TN): The future Florida Gator will check inside our top 15 next time we update our national rankings (which will happen at the start of the New Year). The 6-foot-8 wing is a terrific mixture of scoring from the wing, ball-handling, passing and athleticism. His game continues to trend upward and the Gators, who were here to see him play on Friday, have a star coming to Gainesville. Put him on your list of high school players to chart for the NBA level.

Selton Miguel, West Oaks (FL): His commitment to Kansas State is such an important score for the Wildcats. He's going to be a big-time producer in Manhattan and his style of play will fit in perfectly at the Big 12 level. Selton showed off his value in a tough loss to Hamilton Heights to the tune of 24 points on 10-19 shooting from the floor. His competitive fire will serve him well as a K-State player.

FINALLY, A ME VS. YOU MATCH-UP

Sharife Cooper and Reece Beekman went toe-to-toe in a terrific point guard chess match on Friday afternoon. The two floor generals are two of the craftiest players in the tournament field. After a ho-hum first half (it was 26-18 at the break with Beekman’s Scotlandville up), things got interesting in the second half as two traded buckets and plays. It was the first true me vs you type of match-up that we’ve seen so far the City of Palms. Ultimately, Cooper and McEachern came back and picked up the 48-46 win. Cooper finished with 27 points, 22 coming in the second half. Beekman finished with 19 points (9-19 FG), seven rebounds and three assists.

Dominiq Penn, Hamilton Heights (TN): The Columbus, Ohio native is going back and forth on what class he’ll enter the college level at - 2020 or 2021. Should he decide to go 2020, he’ll have good options. Penn said he’ll make the decision if he’ll go to college, which he would prefer, or go prep as late as May 2020. To date, Penn said he’s heard from Cal State Fullerton, Chattanooga, and others.

Jadrian Tracey, West Oaks (FL): The buzz has is mounting for the Floridian this high school season. He’s a big guard who can score off the bounce. Tracey has been trending this high school season as a top option as an unsigned senior. He said he recently picked up an offer from St. Joe’s while Texas, Pitt, DePaul, Delaware, New Hampshire and Appalachian State have shown interest. Tracey will play the season out and see what kind of options are there for him come springtime. The 6-foot-5 guard scored 12 points, had five steals, four rebounds and three assists in a loss to Hamilton Heights.

Dariq Whitehead, Montverde (FL): The 15-year-old has enjoyed a good couple of days here in Fort Myers for the nation’s number one team. Paired against Whitney Young, Whitehead came out swinging in the first half and was the offensive challenger for Kevin Boyle’s squad. When you take a good, long look at the Montverde lineup, you can take it for granted just how young Whitehead is compared to his college ready teammates. He’s a next level guy. And he still has two and a half more years of high school and travel hoops ahead of him. What a ceiling he has.

Reggie Bass, Hamilton Heights (TN): The 6-foot-4 sophomore has been on a tear this high school season for the Chattanooga program. Bass came out strong and aggressive for the Eagles. He is trending in the right direction and playing the part of a top 60 level national player.

Felix Okpara, Hamilton Heights (TN): You’re not going to see a lot from Okpara right now. But in four years, he could be one of the hottest names from a prospect perspective in the nation. Seriously. The 6-foot-11 sophomore reminds me of Kai Jones when he was a prospect superstar in the making at City of Palms. Okpara will tease you with upside right now. Don’t be shocked when his quick rise happens. The native of Lagos, Nigeria is one of the most intriguing young players I’ve seen this high school season.

Shaedon Sharpe, Sunrise Christian: The class of 2022 guard caught the attention of on-lookers with his impressive athletic ability. He can flat out fly off the ground. The Canadian has a niche and plays well into it. He’s a baseline assassin and attacks the rim with the end goal of playing above the cylinder. He’ll trend at the high-major level.