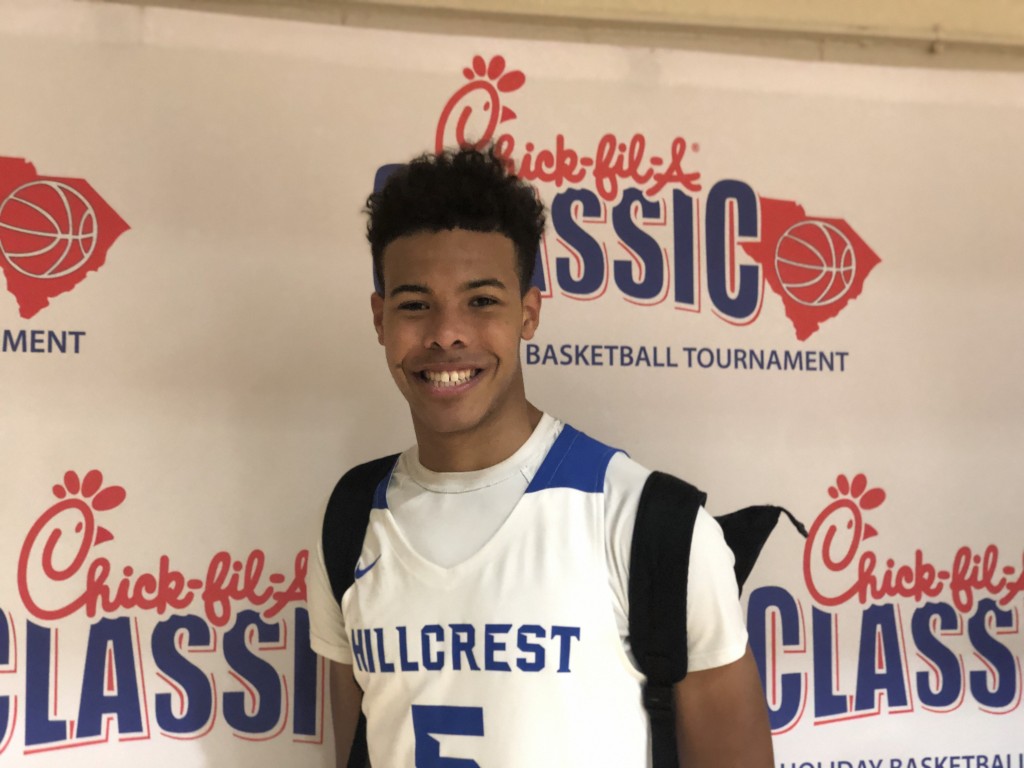 Columbia, SC - The holiday season is right now and some of the best basketball of the year will be played over these past weeks and the weeks coming up before the new year. HoopSeen had staff in Florida for the City of Palms and The Chick-Fil-A Classic in Columbia, South Carolina this weekend for events. The Chick-Fil-A Classic has been one of the top tournaments in the Southeast for a while now and this weekend didn’t disappoint. We take at look at the championship games in the American bracket and the National Bracket.

Dorman and Greensboro Day are in the championship game tonight in the American bracket of the Classic. South Carolina’s top public school team taking on one of North Carolina’s best private schools. Greensboro Day got by nationally ranked Immaculate Conception from New Jersey and Dorman beat Cannon School (NC) to advance to the title game.

This will be a big match-up at the point guard spot featuring NC State signee Cam Hayes for Greensboro Day going up against Butler signee Myles Tate for Dorman. Both are lightning quick point guards that can get out in transition and both can shoot it from beyond the three-point line. Greensboro Day will be without Virginia signee Carson McCorkle at the shooting guard spot.

One advantage Dorman will have will be at the center position with Clemson signee PJ Hall who has had a great couple of weeks and a really strong performance last week at The Bojangles Bash. Hall is a big force on the block and Greensboro Day will rely on 6-foot-6 forward Bryce Harris to defend the bigger Hall. Harris is big and sturdy and have the task of trying to contain Hall. Both are leading the tournament with 11.5 rebounds per game over the course of two games.

Another key to this game will be the defensive effort that Brock Williams for Greensboro Day can throw at Myles Tate or Jalen Breazeale of Dorman. I feel like if Brock can cause trouble for either one then this thing could go either way.

Two of the best coaches in the Southeast will battle for the American bracket title with Dorman’s Thomas Ryan, winner of the last three SCHSL 5-A state championships and Freddy Johnson who has won nice NCISAA state titles at Greensboro Day.

In the National bracket, La Lumiere will try and take down Hillcrest Prep in the 6:45 game. The Indiana based powerhouse LaLumiere is led by future Eastern Kentucky prospect Wendell Green Jr., a 5-foot-11 dynamic senior guard. He helped LaLumiere knock off Prolific Prep with a 63-69 win while scoring 20 points and dishing out 4 assists. 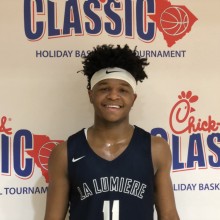 Sophomore Kamari Lands was one of the best underclassmen we saw at the event. The 6-foo-7 small forward can get really hot from the outside and can get to the rim. Purdue recruit Jaden Ivey was impressive all weekend with his play. The 6-foot-5 guard is a scorer first but can also be a reliable playmaker with athleticism. 6-foot-1 guard Denham Wojcik has been one of the more steady ball-handlers and decision makers we saw this weekend.

For Hillcrest Prep, North Carolina bound guard Puff Johnson made a three-pointer at the buzzer to get them in the position to play for a title tonight. Johnson has made 5-6 three-point fields goals in the two days so far. Hillcrest Prep also had strong showings from be Mike Foster, a 6-foot-10 forward considered by many to be the top-junior in the class. Arizona bound senior forward Dalen Terry has put together a good couple of games for Hillcrest Prep.

La Lumiere will also have to find a way to stop new addition Makur Maker for Hillcrest Prep, a 7-footer that can stretch the floor.