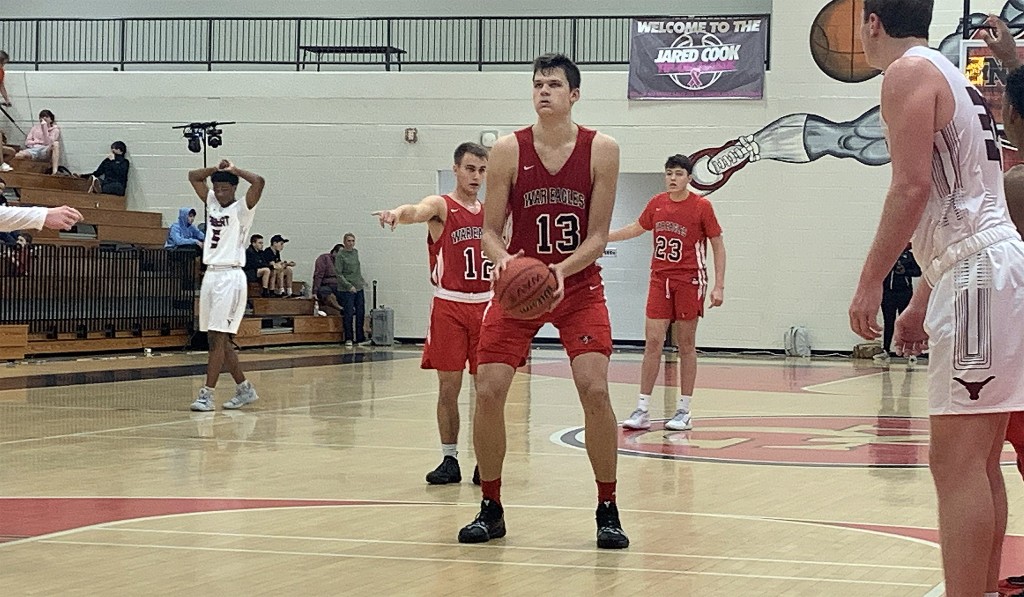 SUWANEE, GA - The annual Jared Cook Classic is underway here at North Gwinnett High School and one of the best events in the state Georgia started strong. There were some nice surprises and some steady star power.

Walker Kessler, Woodward Academy: The future North Carolina Tar Heel played a major role in his team’s terrific first half defense against Lambert. The Eagles only yielded 21 points in the first 16 minutes of action. Kessler was a major reason why. He blocked five shots in the first quarter and finished with 11 in the game, by our unofficial count. He also corralled 11 rebounds unofficially. Kessler also scored 22 points, including a handful of triples.

Dwon Odom, St. Francis: The St. Francis bound guard is one of the most competitive guards there is in the class of 2020 and in a nightcap game against Pace Academy, his inner beast mode came out. That’s not surprising if you know anything about Odom. He’s ready to play. Anytime. Anywhere. Odom finished with a loud 21 points and guarded his ex-teammate Madison Durr strong. Odom, a future Xavier player, is one of the top Mr. Georgia Basketball candidates in the state.

Matthew Cleveland, Pace Academy: Watching him use his length to challenge defenders en route to the rim is really something cool to see. Cleveland works hard to get buckets in the paint and uses his size to his advantage. Few players at the high school level can guard him from the three-point line to the iron. He scored all of his buckets with athleticism and the rim level. The storyline of him being a top flight guy the rest of the career will only continue

RJ Noord, Heritage: The class of 2021 guard is at a new school and jumping right into a big role for the Patriots. The 6-foot-4 guard looked great as a shooter and provided his club with a calm scoring presence on the wing. Noord knows his strengths and played into it. He finished with a loud 15 points. After the game, he told HoopSeen.com that he wants to officially visit Xavier during the Christmas break.

Will Richard, Woodward Academy: Also at a new school, Richard is jumping into his role at Woodward nicely. He’s the team’s go-to option on the wing as a scorer. In his game against Lambert, Richard was in a great zone. He finished with 21 points, four rebounds and three steals. We will have more on him in the coming week. Academic schools will want to actively recruit him.

Jasuan Holt, St. Francis: With coaches from Alabama and Georgia Tech on hand to see him, the 6-foot-7 forward continues his upward progression as a prospect. Holt finished with 10 points and eight rebounds for his guard-centric team. He’s the perfect compliment to the terrific players around him. He knows how and when to score and how to work for boards against strength and size. Holt’s recruitment is justifiably high-major.

Michael Whitmore, Woodward Academy: He took two shots, missed them both, but his presence was felt throughout the entire game. That is the kind of value he brought to the table. Whitmore made an impact on the defensive end of the floor with intense on-the-ball defense pressure. His leadership and competitiveness is contagious and a key ingredient to this talented Woodward squad. The 5-foot-9 point guard needs to be recruited.

Marvin McGhee, Alexander: The strong-bodied win man has a rep as one of the best three-point specialists in the Peach State. We saw him live up to that against Archer in a back-and-forth contest at mid-day. McGhee hit five three-pointers en route to 17 points. He said he’s hearing from South Carolina State, Mars Hill and Columbus State.

Brayson Hayes, Apalachee: Hayes was a calming presence for his Apalachee team as he led the way with a steady hand. Anytime a paint touch was needed, he delivered in a way that kept the defense on their heels. His 29 points felt effortless despite being a constant threat with the ball in his hands. At no point did it feel as if Hayes was out to get his own or take over the game. He simply took what the defense gave him. It was a nice blend of passing and scoring that ultimately gave his team the edge.

Jordan Brown, St. Francis: The sophomore came to our Elite Preview camp and torched the nets with his perimeter game. We caught a glimpse as to what kind of role the class of 2022 guard will play this season at that camp. On Saturday night against, Pace he jumped right into the sniper’s role. Brown was excellent in the win. He connected on five three-pointers en route to his 19 points.

RJ Godfrey, North Gwinnett: The big, strong sophomore wing forward has a world of potential. He's a match-up problem for high school teams because of his strength and versatility. Even though he's a sophomore, he plays with a toughness that you'd expect from a senior. His recruitment will be healthy in the coming years.

Brendan Rigsbee, North Gwinnett: Don't be surprised to see North Gwinnett make a run in region play. Rigsbee is a big reason why. The 6-foot-3 guard has great explosion, good bounce and gets better every time we see him play. He showed some wow moments on Saturday and teased ya just enough to make you believe he's got a lot more to come.

Iajah Phillips, Lanier: The 5-foot-11 guard was a nice revelation in dominant Lanier first half against Holy Innocents’ in every category. He’s a good passer, a good defender and actively engaged in the offense. With Tulane-bound Sion James and junior Andrew McConnell demanding attention, Phillips was able to make an impact that helped lead the Longhorns to a 37-18 first half lead. Phillips was one of the best guards in the field on Saturday.

Despite the ink drying on his letter of intent to Alabama Huntsville, Mill Creek’s Jack Kostel showed no signs of taking the rest of his senior season off. South Gwinnett had no answer for his playmaking as he routinely got to his spots on the floor. Kostel made it a point to allow the offense to come to him and make the best use of his possessions. It was a very efficient night for a player that knows no other way to play.

Senior Jaylen Brown of Alexander is one of the top sleeper point guards in the state. He’s a competitive player with a great motor. Alexander head coach Jason Slate said Kennesaw State and Appalachian State are interested.

Future Tulane guard Sion James is the definition of no wasted energy and total efficiency. He finished with 11 points, five rebounds and five assists in Lanier’s win over Holy Innocents’. James remains cool under pressure and always seems to make the right play.

It was a rough outing for the Holy Innocents’ duo of Chance Moore and Garrison Powell. The two combined for 12-26 from the floor. Neither guy seemed to ever get into rhythm in the match-up.

Future Ohio big man Coin Granger adjusted nicely to the length of Kessler after a tough first quarter. He stretched the floor with his shooting touch. One thing that never needs an adjustment is his motor. He was amped for the match-up against Kessler.