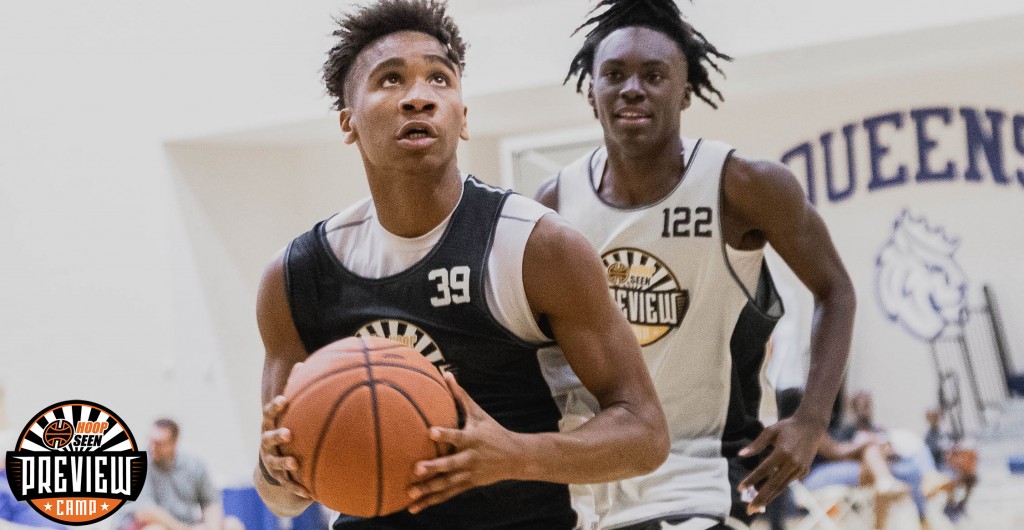 Our North Carolina Fall Preview camp is in the books and our staff of evaluators and coaches have gone through their notes of every player in the camp. Every. Single. One. Today we look closer at Team 6 from camp.

Teriq Rouse, Southeast Raligh, 5-11, PG, 2022: Rouse is no stranger to the HoopSeen platform earning all-tournament honors for Team Renegades Elite during our Atlanta Jam in the 16U division. The 5-foot-11 guard handled the ball with composure and made the right passes at the right time. Rouse showed that he can knock down shots from the mid-range consistently.

Jeremiah Scales, Glenn, 6-2, SG, 2022: One of the quicker guards at the camp, Scales was hard to stay in front of when he has the ball. Scales was one of the top freshman in the piedmont area of North Carolina last season and will look to build on that success this season.

Kahmani Wertz, Providence Day, 5-9, CG, 2023: The younger brother of Santa Clara University freshman Trey Wertz, Kahmani showed that he can shoot it like his older brother. The small statured guard made up for his lack of size with making defenders miss and knocking down shots when he called to do so. Wertz has a really good handle with the ball and made the right pass. The rising freshman will be one to watch over the next four years as he grows and matures on the floor.

Evan Ashemore, Vance, 6-3, SG, 2023: Court vision and passing ability is the first thing that you notice when watching Ashemore. On multiple occasions he made passes to teammates that resulted in easy baskets. He has length and he did a really strong job of rebounding.

Joshua McClary, North Mecklenburg, 6-2, PG, 2021: McClary had a strong defensive showing at camp. He held the opposition in front of him. He shot the ball well on the day and was good at getting into the paint off the dribble where he could make things happen.

Cade Nicholson, Charlotte Christian, 6-3, SG, 2023: With a mother that played collegiately at Wofford, Nicholson has some basketball in his blood. He shot it well from the mid-range out to the three-point line. He has good size for his position and age. Nicholson does a lot of things really well. Will be interesting to see how his game all comes together over the next three years.

Shane Fernald, Hickory Ridge, 6-7, SF, 2022: Fernald was impressive with the job he did in the post, staying active and showing he could score off the dribble. Our staff was impressed with his mobility for his size. He is an old school big man that has some good basketball ahead of him.

Bralen Hamrick, Harding, 6-3, SF, 2022: Hamrick has really good court vision and passing ability. He showed a nice touch around the elbow. He has a big frame and with a couple of more inches he could be a player we are talking about with getting college interest.