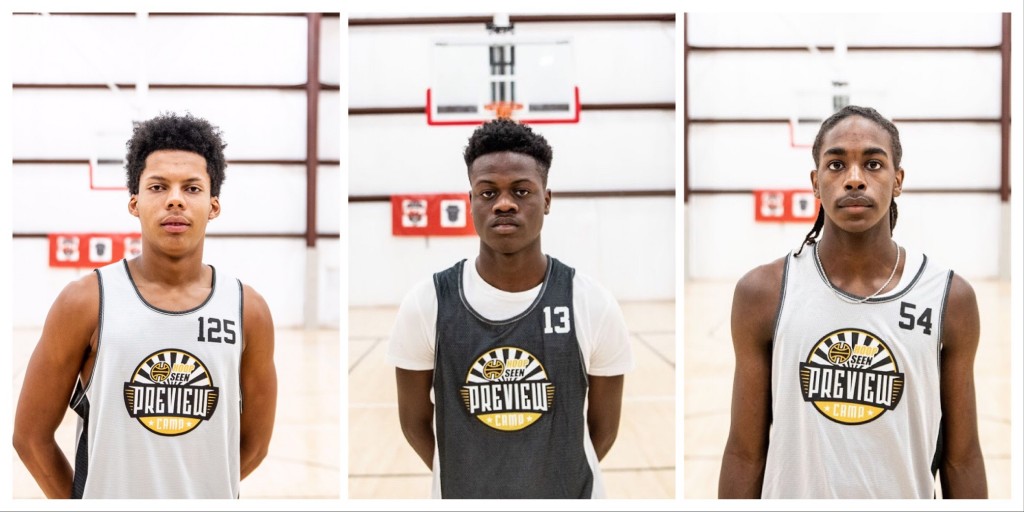 The 2019 Alabama Fall Preview proved to be a stage for players to start their story. In fact, 2020 McAdory (AL) guard Sam Youngblood, who was voted as a top performer by our coaches and staff, was actually named a story starter last year at the Alabama Preview at Pelham High School. He is now receiving interest from a variety of schools at many different levels.

On Sunday, a handful of new and rather unknown names made their respective statements and added themselves on our radar for the upcoming high school and travel seasons. Meet the Alabama Fall Preview story starters.

Bryan Bennett, 2021 SF, Demopilis: Bennett was one of my favorite players in attendance and rightfully so. Drawing comparisons to NBA star Kawhi Leonard because of his appearance, Bennett backed up that comparison with his style of play. The 6-foot-4 wing is a quality two-way player and was effective with his aggressiveness and toughness. His shots didn't fall towards the end of the day, but there's a lot to like about the junior's shot mechanics and elevation off the floor. Bennett was also a highlight reel with his athleticism and bounce. I think he's a quality sleeper in the South and warrants attention from Division I schools. - Garrett Tucker

Julius Clark, 2023 SF, Mountain Brook: One of the players who opened some eyes and made a name for himself is 6'5" freshman forward Julius Clark of Mountain Brook. Probably the most impressive 9th grader at camp, the high motor athlete thrives in the open court and has good hands that allow him to catch and finish in transition. He needs to continue to work on his ball-handling and and outside shooting from range as he begins to make his transition to a high school wing man, but there's a lot to like about him right now. He plays with high intensity as a young player that you don't see very often. His ability to communicate with his teammates on and off the court increases his value even more - Derik Williams

Keshawn Haynes, 2021 SF/PF, Calera: I will admit that I didn't know much of anything about Hayne going into the day. However, it's safe to say I know all about him now following his performance on Sunday. The 6-foot-5 forward was one of the most productive players in attendance, as he always found a way to impact the game. Haynes was valuable as a capable inside-outside threat with knack for finishing around the rim as well as his shooting ability. He has a nose for the ball and was constantly involved in hustle plays. - Garrett Tucker

Jayman Pettway, 2020 PG, Macon East Academy: Don't tell Pettway he was one of the smallest guys in attendance at the Alabama Fall Preview. He will have none of that, as he was one of the most slippery guards in the field. The 5-foot-8 guard utilized his quickness and speed to get by defenders and converted tough, contested finishes at the rim. He had a strong showing and was very productive throughout the day. - Garrett Tucker

Blake Floyd, 2021 PG, Pelham: Floyd is no stranger to our Preview camps and he played like a seasoned veteran on Sunday. The 5-foot-11 point guard was relentless on both ends of the floor, whether it was constantly attacking and making the correct play on offense or being a pest on defense. The junior has made a noticeable difference with his upper body strength and it allowed him to finish through contact at the rim. However, his go-to shot continues to be his floater, as he used it effectively throughout the day. Floyd's improved strength and athleticism is making eye-raising differences in his game. - Garrett Tucker

Christopher Blount, 2022 CG, G.W. Carver-Birmingham: Blount was a no-doubt story starter on Sunday. He blew our own Tai Young away with his day at the office. The 6-foot-1 guard is long and lanky for his size and he used it to his advantage when driving to the basket. The sophomore is a sneaky athlete with some blazing end-to-end speed. While he still needs to be more consistent with his shooting, Blount was able to keep opposing defenses honest with some made shots. He plays with a constant motor and is another intriguing backcourt option in Alabama's 2022 class. - Garrett Tucker

Justin Moore, 2021 SF, Oxford: Another player who placed himself on the recruiting landscape was 6'3" junior Justin Moore of Oxford, Alabama. The Oxford High School product has insane athletic ability, but don't sleep on him - he is much more than a high flyer. The class of '21 product showed the ability to knock down shots from behind the arc off the catch and enough handle to create space and get his shot off over defenders. He had several monster dunks during the Alabama Fall Preview camp, highlighted by a rim-rocking put-back slam that had the gym on pause for a moment. He is an exceptional rebounder for a guard but that is aided by his supreme athletic ability. He is a very interesting prospect going forward. - Derik Williams

Paul Lanzi, 2023 PG, Chelsea: It's hard to believe Lanzi is only a freshman with the way he carries himself on the floor. The 6-foot guard was one of the best communicators we had on Sunday. He communicated well with is coaches and teammates and it made a significant impact on his team's day. Lanzi plays with a nice calm pace to his game and handled the basketball well. He was able to knockdown shots as well as find open teammates for scoring opportunities. It should be fun to follow his high school career as it begins this season at Chelsea High School.