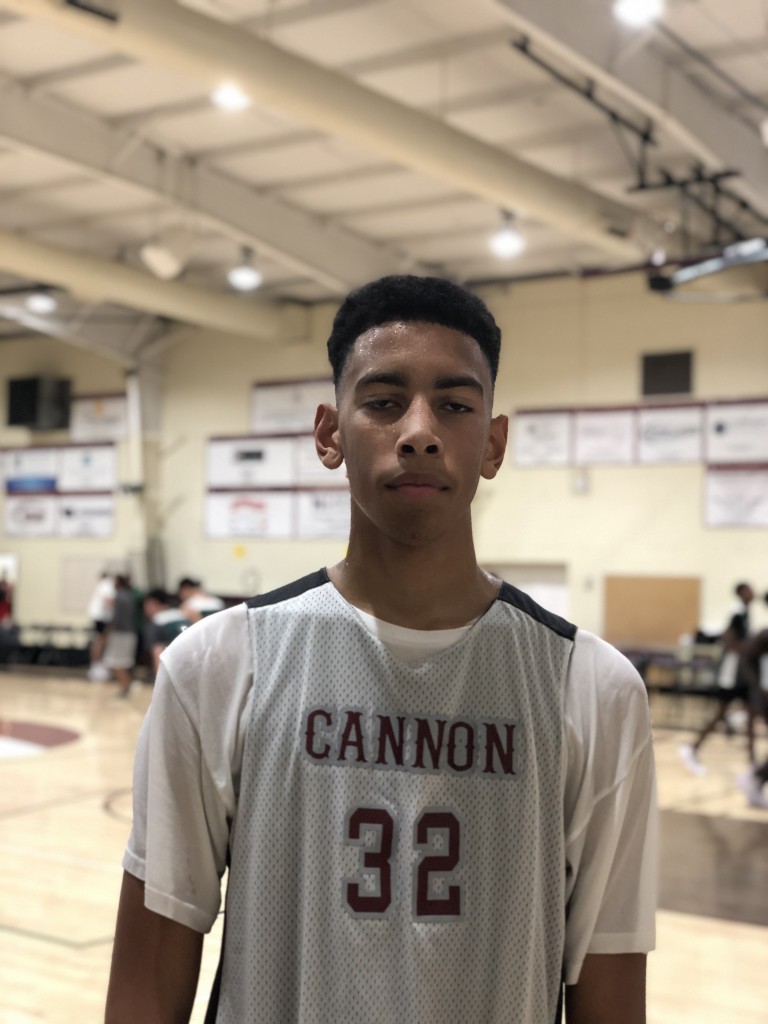 CHARLOTTE, NC-The newly implemented June live period for public and private schools in various states has come to an end. The NCISAA and the NCBCA had events in Charlotte this past weekend and college coaches from all over the country were in attendance.

Here is a look at some of my top performances from underclassmen at the NCISAA event from the weekend.

While missing the NCISAA event last weekend with knee tendonitis, 2022 prospect Hood-Schifino has the perfect size at the point guard or shooting guard spot. Standing 6-foot-4, he has an advanced skill set and his passing ability may be his best asset. He has a great feel for the game and his mid-range scoring is consistent.

The Pittsburgh native has offers from Florida, South Florida and Virginia Tech and Wake Forest.

7-feet and still growing, Reeves showed a solid pick and roll game with Cannon School guard Jaden Bradley. He has a soft touch around the rim and has solid footwork. The 2022 prospect Reeves does a strong job of making entry passes easy for his guards and he does a good job of rebounding on both ends. I felt that he runs the floor well for a young prospect his size and should be on track as a high-major recruit in a year.

The first thing you notice with Young is his body, he has a strong frame and length. The Goldsboro native attacks off the dribble and has a toughness you see a lot from kids in the eastern part of the state. He has big hands which allows him to disrupt passing lanes and alter shots. He is going to be a big piece with the loss of Josh Taylor for Greensboro Day moving forward this season in the NCISAA.

37 points against the defending NCISAA state champions Greensboro Day on Saturday had many people talking about the guard around Charlotte. He used a quick first-step and he is wired to score the ball from all spots on the floor. He scored 24 points against Cannon School along with 27 points against High Point Christian. Some news on the weekend for Williams was the talk of him possibly moving into the 2020 class.

The 2022 shooter scored 38 points on Sunday morning against Asheville Christian Academy. He knocked down shots from the outside and got a lot of baskets near the rim. The 6-foot-4 guard is a threat to score from beyond the arc as soon as he catches it. He spends the spring and summer with Team CP3 15U.

Moss most impressed with his shooting. I like shooters that have the confidence that Moss carries. He went 1-7 in the first half for Cannon School and came out firing again in the second half knocking down 7-8 from beyond the line on Saturday. He has good form on his shot and has the size to be a productive shooter at the next level. The effortless shooter has offers from Houston Baptist and Samford.

Hubbard thrives at attacking the rim and finishing. He is always around the ball on defense and the offensive side. The 6-foot-2 guard from Charlotte got my attention last week getting a lot more minutes with Hood-Schifino out during the live period event last week. He has a nose for the ball and is a strong defender. Florida Atlantic and Samford offered Hubbard after his play over the weekend.