Top overall 16U performers at the 2019 HoopSeen Best of the South, part I 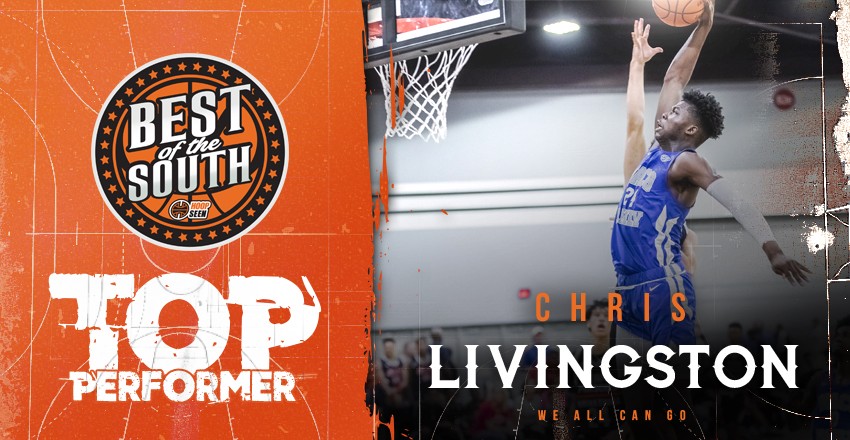 Every year, the Best of the South is one of the best platforms for underclassmen.This year was no different. We asked our staff about the very best they saw from the 16U division.

Carroll is on track to becoming one of the best players to ever come out of Charlotte High. He’s 6’8”, rebounds the ball well on both sides of the floor, and never takes a play off. Carroll’s midrange game is coming into his own--definitely used the shot-fake a few times to get defenders off-balance, and sink the 20-foot J. He possesses a competitive spirit that few could match when playing against him. The greatest example of that came during a come-from-behind win vs. Team Speights 2021, where he scored 18 of his 20 points in the second half to will his team to victory. - Jerome Reed

One of my favorite players all week. He reminds me a lot of MEBO 17U lead guard DaShaun Ruffin with his aggressiveness and electric play on both ends of the floor. Esco stands around the same size as Ruffin at 5-foot-9 but plays a lot bigger than he is. He thrives with the ball in his hands and making plays with his quickness and great court vision. His biggest attributes for me is that he is a blur in the open floor and simply doesn’t turn it over. - Justin Byerly

With a big reputation and a big summer resume that includes a MVP performance in Brazil with USA Basketball U16 in June, Livingston drew a crowd and he certainly entertained. The five-star prospect played up to his rep throughout his time in Atlanta. On the big stage, Livingston delivered. His perimeter game, once a question-mark, has now become a go-to weapon in his offensive arsenal. Livingston posted big numbers throughout and the class of 2022 prospect certainly impressed time and time again. He didn’t deviate from the conversation of being one of the true elite prospects in the country, despite his class. - Justin Young

If there had to be an award given to the “Most Clutch” player of tourney, Jah would be the front-runner, hands-down. The 6’3” shooting guard did JUST that to help pull out a couple of close wins, “shoot”---and he did it with confidence. In two separate games on Saturday, he hit the game-winning trey. First, from the deep corner vs GBE Elite to end it in regulation. The second, in overtime vs. We All Can Go, Jah sank a trey from the wing to walk off with a win. - Jerome Reed