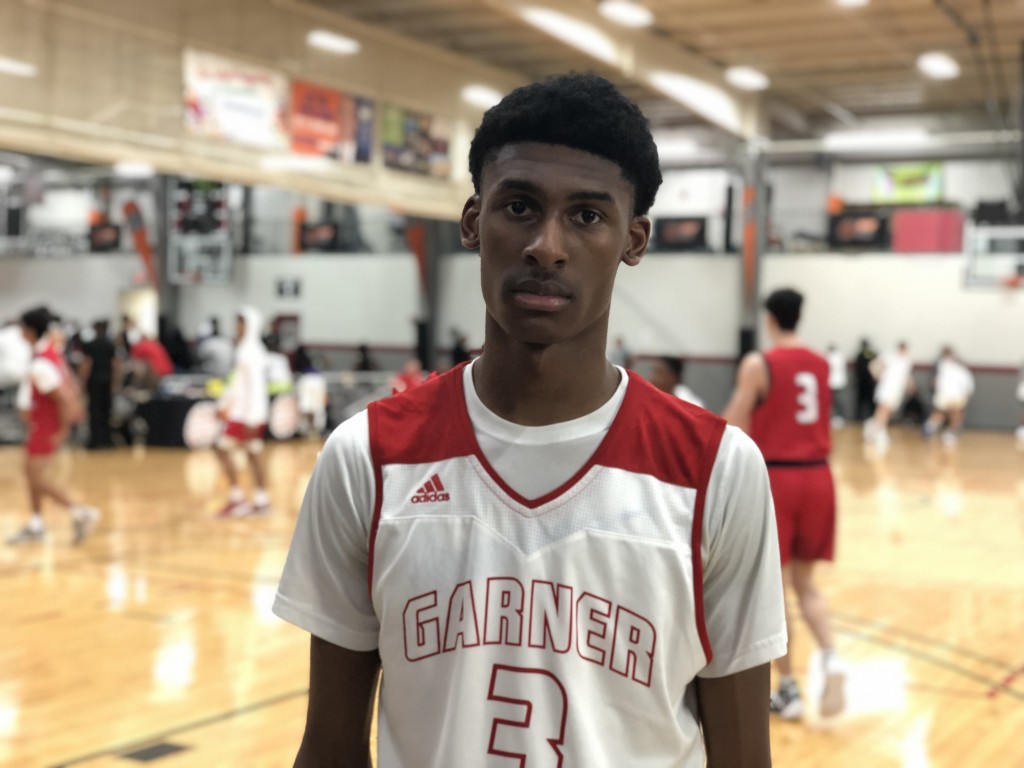 CHARLOTTE, NC-The NCBCA and the NCHSAA held their team camp this past weekend at Queens University and neighboring Myers Park High School. College coaches and their staffs from around the country made the trip to see some of the top players from the HoopState.

Some players thrive in a team camp setting over an individual showcase event. Here is my list of players that had breakout performances over the weekend.

On Saturday Bodrick matched up against another of North Carolina's mid-major prospects, Nick Farrar. The length and athleticism of Bodrick was impressive. He had multiple blocks of Farrar's shots and showed to be a problem for the Apex Friendship HS forward. Bodrick is still raw and developing his skill set but at the end of the day some kids are just good basketball players. Bodrick fits that mold of a guy that just knows how to play the game and can do so at a high-level.

The Garner Road product does a really good job of getting out in transition and finishing plays at the rim. He has great size at the guard/wing spot and spent some time being the primary ball-handler. He can rebound at a high rate for his position and is a strong defender. He consistently knocked down shots out to the three-point line.

6-foot-9 and played the point guard position for West Brunswick. He is long and skilled. He knows where the ball needs to go. He did a fantastic job of bringing the ball up dishing off and then posting up on the block. He creates space with his length that allows the other guards to have a big area to set up the entry pass. Parker showed he has a soft touch around the rim. He picked up offers since the weekend from UNC-Asheville and Rider. His total offers now stand at five with UNF, Campbell and West Virginia Wesleyan.

The California kid plays a lot like Damian Dunn who is now at Temple and spent his first three years of high school at Kinston HS. Muldrew is a guy that is all over the floor and just makes winning basketball plays. He rebounds, he can defend, he has a solid frame and toughness. He picked up an offer from UC-Riverside while he was a sophomore at Orange Vista HS in California and Panther Creek Head Coach Shawan Robinson tells me that Lipscomb and Campbell have reached out about the rising senior.