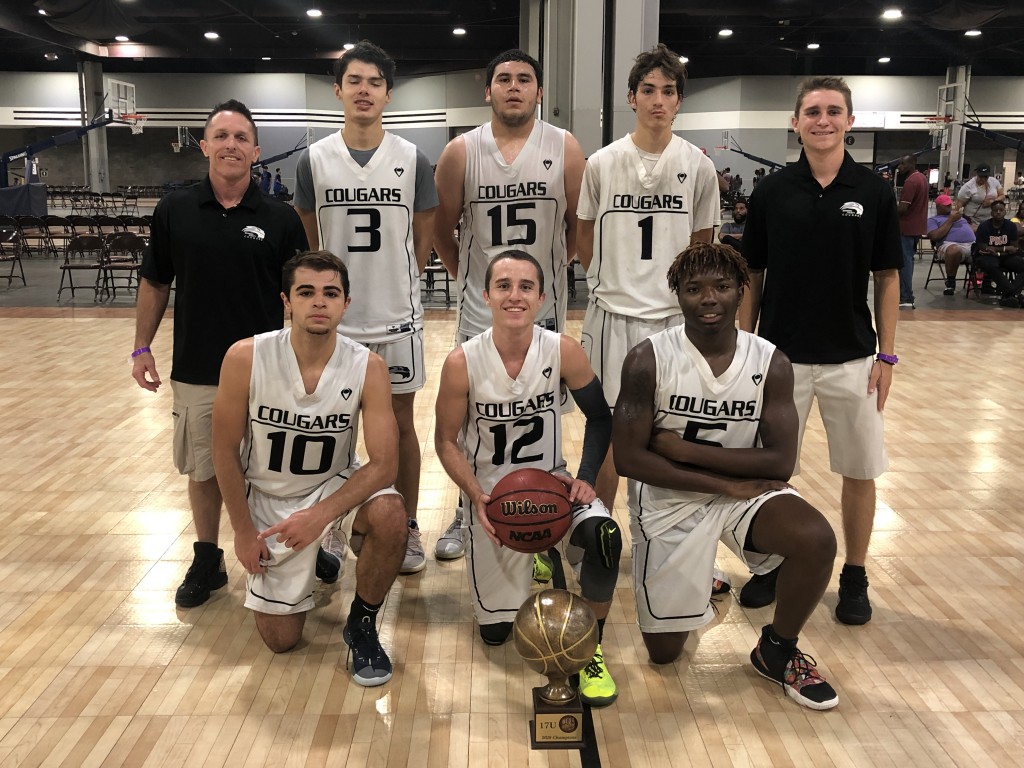 The Broward County Cougars shot the ball extremely well to secure the 17U Red Best of the South Championship.

The Cougars jumped out to a double digit lead early in the first half thanks to 13 points from Andrew Lopez. A 1-3-1 zone from the Flame opened up the three-point game for the Cougars and Lopez took advantage. The Flame would fight their way back into striking distance and go into halftime down by six.

Joshua Battle scored six straight points did the Flame to give them some momentum early in half two. They found themselves back within three with six minutes left to play. Dallas Graziani began to make his presence felt from the three-point line, hitting three within a 2-minute span and pushing the Cougar lead back to double digits.

Dallas Graziani would finish with 23 points for the Cougars, while Andrew Lopez wasn’t far behind with 19.