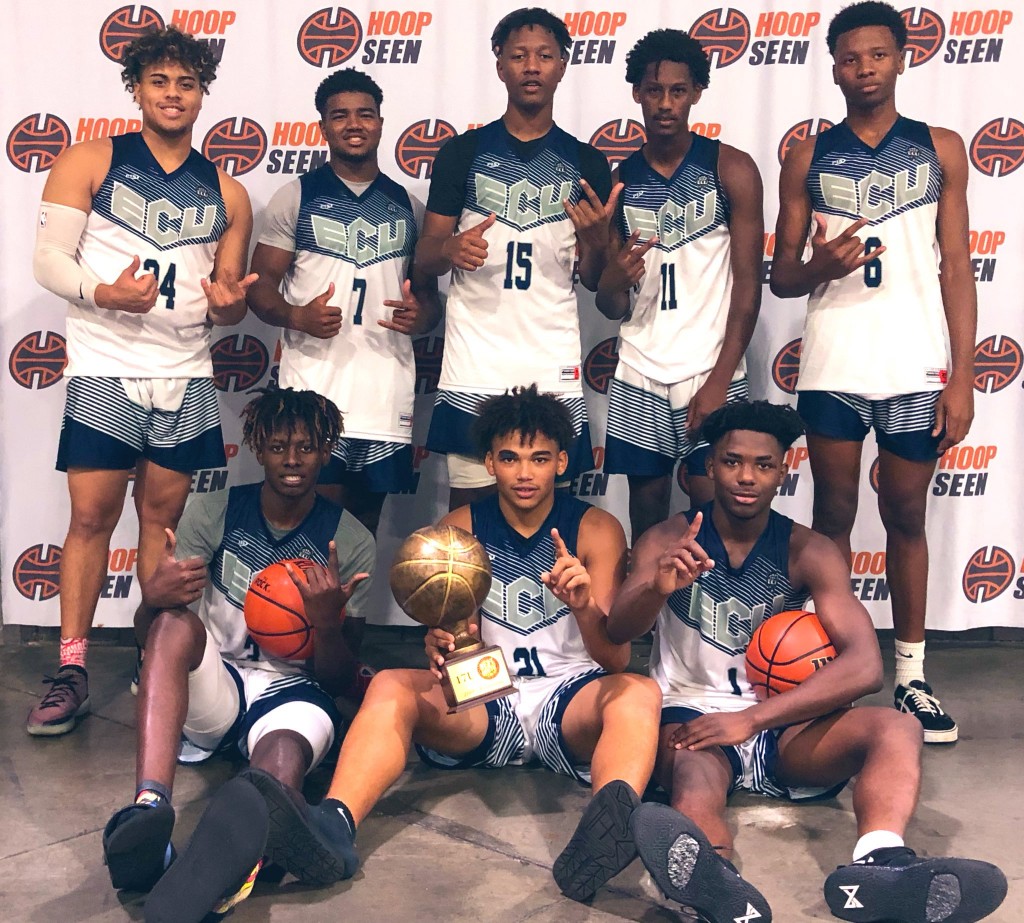 The 17U Black title game came down to the last possession as East Coast United edged the Atlanta All-Stars, 54-51, for the bracket crown.

With five minutes left to go, ECU led by five. Atlanta’s Jasper Gibson made a tough and-one to cut the ECU lead to three. Over the next two possessions, ATL’s Jacksen Greco makes a defender slip and pulls up for a short five-foot jumper with a foul tacked on, followed by a tough and-one floater through the lane. The All-Stars led by two.

A minute goes by, and the game is tied again. ECU’s Devare Parks sinks a trey from the wing to give them a three-point edge with two minutes left. ATL’s Giancarlo Sanchez gets an and-one lay to go & again, we are tied.

With 56 seconds to go, ECU swung the ball for forty of them. Parks drilled another three from the wing with 16 ticks, left. With ATL’s final shot falling short, East Coast United won the crown.