Derik Williams' Day Three Notebook from the Best of the South 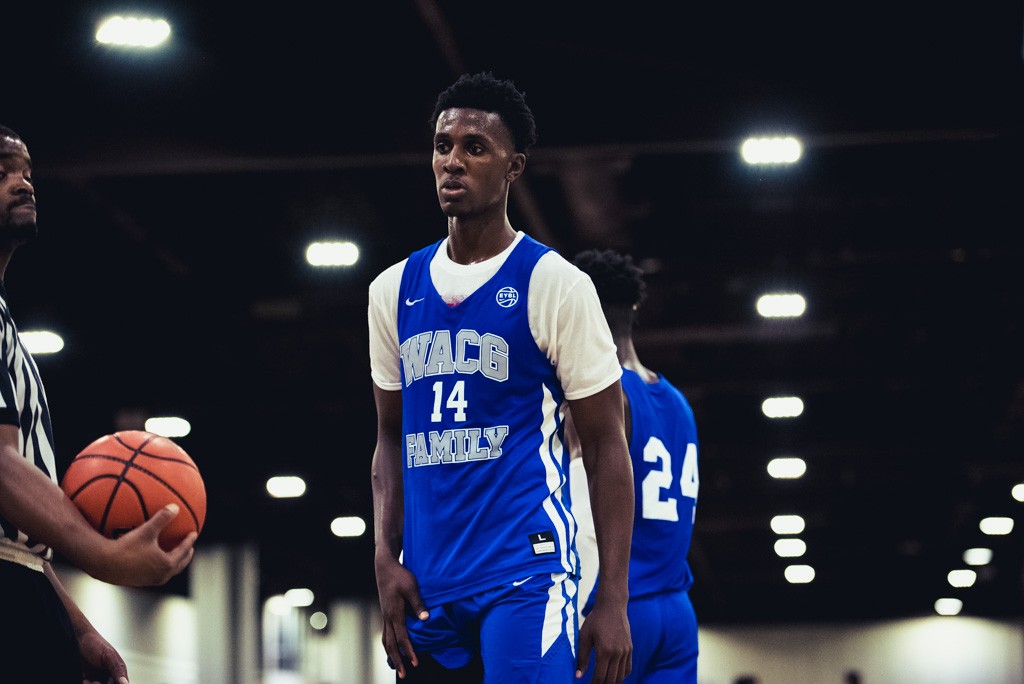 Day three has ended here at Best of The South at the World Congress Center in downtown Atlanta and the level of play today was as high as anywhere in the country.

Chris Livingston, 2022 6’6 PG, We All Can Go All Stars 16U: Long rangy PG with a really creative handle. He has an incredible vision in the open court able to see plays before they happen. His is able to finish at and over the rim with either hand and carries himself with the attitude necessary to be a high major player. He shoots it from deep very well off the catch or the dribble. Definitely a prospect to be on the lookout for over the next few years.

Kario Oquendo, 2020 6’5 SG, Team CP25 2020: This super athletic wing will win any dunk contest he wants to enter. Don’t get it twisted he is much more than a dunker. He has the ability to put the ball on the floor and elevate over any defenders. He has elite range on his jump shot and bullies majority of anybody who tries to guard him. His 20 points in a tough 85-80 loss to MN Fury shows why he is considered a high major talent.

Arguably the top rising performer so far from this week has been 6’6 SF Charlie Katona, MN Fury. Katona has put up big numbers throughout the tournament, but today by putting up 24 points against Team CP25 2020 showed why he is definitely a Division 1 talent. His toughness and shooting ability is what separates him from the pack. I’m sure by the time he leaves Atlanta he will leave with several D1 offers in his bag.

Gerald Doakes, 2021 6’3 PG, We All Can Go: A big time scorer that that can shoot the cover off the ball from anywhere cross half court. He elevates like none other on his shot which allows him to get it off even with bigger defenders on him. He has very good handle, vision and confidence to be a very productive player on the next level.

Jay Barnes, 2021 5’11 PG, Mebo Elite: Is a super quick PG that plays low to the ground which makes hard to stay in front of. His ability to get shots up at a high clip all while shooting a high percentage makes him a threat at all times. One of his most effective attributes is his vision and willingness to get others involved. Though he is small he fits right in with this new age of score first point guards.

John Henry, 2020 6’7 SF, MN Fury: Henry had his own 3-point contest in a win today vs. Team CP25. He knocked down five 3-pointers on his way to 20 points in the victory. His ability to catch and shoot without having to be square is a unique skill set. The left hander is not only a shooter he showed he has the ability to get into the paint and draw contact and finish. He also showed off an impressive mid-range game using a shot fake allowing defenders to fly by and knocking down what is the lost art of basketball.

Jordan Sears, 2020 5’10 PG, Team CP25: This solid floor general is very good at controlling the pace of the game and knows when to go and when to hold up. His is aggressive at attacking the basket and scoring amongst the trees. He is extremely hard to stay in front of due to his craftiness with his dribble. He has only one offer so far but I’m sure that will change by events end.

Devon Reece, 2022 6’7 SF, We All Can Go: This young lengthy athletic wing looks to have more growing to do even though he is already 6’7. He has a very mature game and is able to score in creative ways. From the one leg Dirk step-back out of the mid-post to pull up threes from well behind the 3-point line. This kid has the potential to be a high major player, if he continues to develop.

Brady Williams, 2020 6’7 SF, MN Fury: If you’re looking for a tweener that looks the part of a power forward with the skills of a small forward look no further than Mr. Williams. He has the ability to shoot the ball from the outside and score low block. What really sets him apart is his bounce. He is one of the highest jumpers in the tournament throwing down several poster style dunks during the week.

Brenton Benson, 2020 6’6 PF, Carolina Pressure: A strong physical specimen he looks the part of a basketball player. He scores it at high clip in the paint but can step out and knock down open shots. He has a good handle and with more work could be a very interesting prospect going forward.

Joseph James, 2021 5’11 PG, JSI Black: James is a scarappy competitor who never seems to get fatigued. He is all over the floor defensively causing havoc in the passing lanes and as an on ball defender. Offensively he is able knock down open shots and find teammates when he drives to the lane. He is athletic for his size and can really get off the floor.

Gavin Thompson, 2020 5’11 PG, New York Dragons: This is a very skilled point guard who is drawing interest from several mid-major programs. He has the ability to run a team and also score when needed. He led the Dragons to two wins today dropping 14 points and 8 assists in the first game and 16 points and 5 assist in the second. With consistent showings like this the “mid” may be dropped from the offers that he will receive.

Game Of The Day…

Minnesota Fury vs. Team CP25: This game featured numerous high major talents and was played at a very high level. It was standing room only and about 75 or more college coaches lined the courts to get close look at the exceptional talent. This game didn’t disappoint as the teams went back and forth until the final buzzar. It was highlight dunks, insane crossovers, and threes raining from all over the court. The game came down to the last seconds as the Fury topped CP25 by a score of 85-80.

Team Of The Day…

We All Can Go 16U: This team which is a mix of 2021 and 2022 guys showed why they are considered one of the better teams on the EYBL circuit. They have several potential high major talents and they played very well together as they put a beat down on Mebo Elite earlier in the day. I would suggest you make it a point to go check out this team on the final day of the Best Of The South 2019.