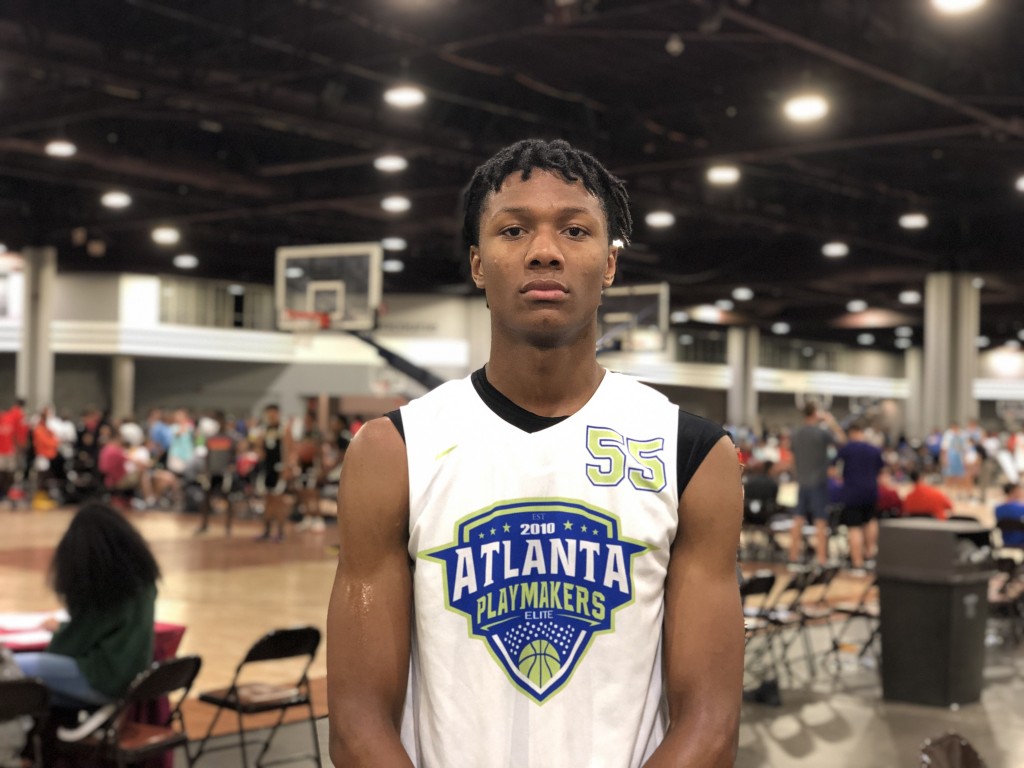 The Best of the South is here in Atlanta, Georgia. Teams from 32 states made their way to The Georgia World Congress Center to be a part of just under 1,000 games being played over four days.

The third day is in the books and tomorrow is championship Sunday for The Best of the South.

Kelton Talford, the long and mobile forward with Carolina Pressure continues to show that he should be recruited at the mid-major level. His length and footwork allow him to score when he catches the ball in the paint. He can spin around defenders with his mobility and easily score. Western Carolina University Head Coach Mark Prosser and Wofford watched his late game. He scored 12 points and grabbed 9 rebounds in the win over Next Level 64-41. He now holds offers from Wofford, Winthrop, Western Carolina, SC State, USC-Upstate, Presbyterian and Maryland-Eastern Shore.

The Tigers coached by Chip Smith are a regular at HoopSeen events and are one of the top non-shoe sponsored teams in the region. The players are always skilled and have high basketball knowledge. In the the late afternoon game against Minnesota Fury (arguably one of the two best teams here) the Tigers came up a little short as the Fury took them down to the wire before falling 75-69. Guard Dusty Williams was impressive scoring 23 points while making five three-pointers. Numerous college coaches were on hand for this game featuring the two programs. Guard Will Pruitt, who has three Division II offers chipped in 8 points.

JOSH TAYLOR SHINES ON OUR STAGE

Coming straight over from Peach Jam, Josh Taylor joined up with The Atlanta Playmakers and will be here for the rest of the weekend. While sitting out waiting to be cleared to play against Team HYPE, Taylor would come in to the game in the second half and score 16 points. He is considered by most recruiting sites to be a top-50 2021 recruit nationally. The 6-foot-8 forward is one of the more versatile players in the country and really affects things in the paint and at the rim. Taylor listed Georgia Tech, Tennessee, Georgia, VT, Nebraska, Texas Tech, Rutgers, UNC-Greensboro, Wichita State, Penn State, St. John's, TCU, LSU, Georgia State and South Florida. When asked about playing in Peach Jam with Team United and coming to Best of the South, "I want all the smoke,"

Coming into the weekend, Katona has some low-level interest along with some Division II looks. After this weekend he probably showed he is a mid-major recruit. He went 15-15 from the free-throw line while scoring 29 points against Team Parsons.

Lash is a guy with size and can shoot. For PSB Elite-McCarthy, Lash knocked down several three-pointers on his way to 15 points. He has a game that is multi-dimensional allowing him to play facing the basket and with his back to the basket.

The tough as nails 16U guard scored 16 points in a win over Team BOND. He plays so hard and is so aggressive. He is fun to watch and brings some energy to the game.