Day One Notebook at #BOTS2019 from @JustinByerly 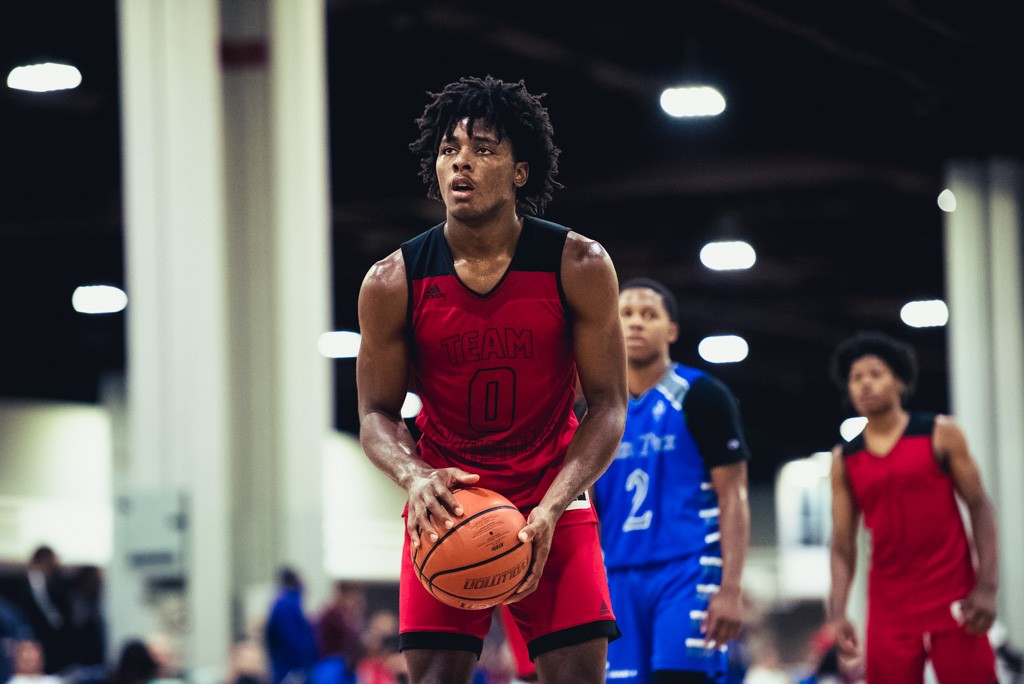 The Best of the South is here in Hotlanta, Georgia. Teams from 32 states made their way to The Georgia World Congress Center to be a part of just under 1,000 games being played over four days. Day One is in the books and here are my notes from the day.

At 6-foot-5, Kario Oquendo is an imposing figure for oppositions. Overall, I thought Oquendo showed that he was one of the best prospects that I saw over the day. He is strong and his legs look like a running back at The University of Georgia.

He plays hard and today he showed he can consistently knock down the outside shot. He scored 17 points in a win over Team WHBH and 14 points against Team Trezz. He made five three-point shots through his first two games at #BOTS.

Justin Amadi with Upward Stars Upstate was attracting some low-mid major level college coaches for his first game of the day. The 6-foot-6 small forward showed he is one of the more athletic players in the region and that he is a threat off the bounce from the perimeter. He scored 9 points with the majority of them coming from right under the basket and free-throws. He took off from just over the foul line on one dunk in transition that had the crowd making noise.

Reggie Raynor, who spent much of the travel season with Team Felton is playing with Team Trezz for this July live period. The first thing that shines with Raynor is he is explosive. Whether it is going up for rebounds or attacking the rim, he is explosive. He does a good job rebounding and he showed for me an ability to knock down outside shots.

His wing counterpart, Keishon Porter has been putting in the work. He showed that he has really put in some hours with his shooting. He showed a nice crossover and step-back jump-shot that he made consistently. He is long and active. He holds offer from Hampton, Radford, UNC-Pembroke and Hofstra.

BELMONT GETTING A SCORER IN WOOD

Jacobi Wood has been a regular during HoopSeen events. He has always been one of the top performers at every event. It was the same old Wood again to start this live period. In front of his future head coach Casey Alexander, Wood scored 25 points on an array of drives to the basket and shots from beyond the three-point line. Alexander is getting a true scoring point guard that is vocal and is a leader.

NEW BEST OF THE SOUTH RECORD?

Gage Wells for the Tennessee Tigers went for 10 made three-pointers en route to 37 points in a win over New York Dragons. The Mount Juliett High School standout in Tennessee teams up with Tiger teammate Will Pruitt.