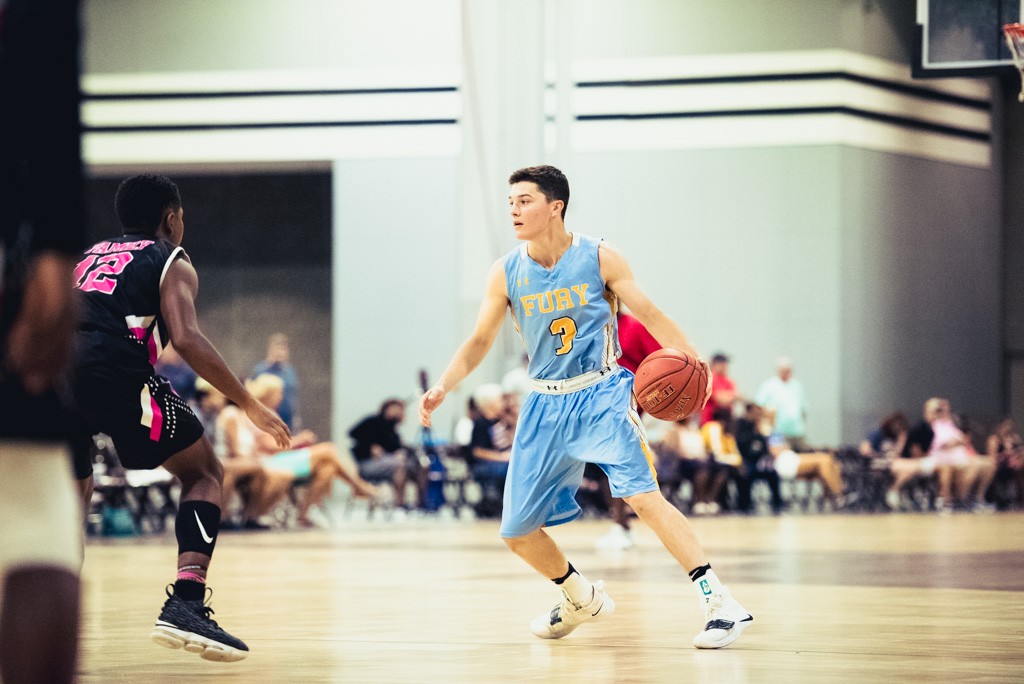 The Best of the South brought some of the top independent travel teams from around the country together in downtown Atlanta, Georgia for the July live period. Here is a look at some of the top underclassmen from Minnesota, Wisconsin and Mississippi.

Grant is a gritty sophomore who came up big in their one-point win vs. Upward Stars 15U. Never took a play off. Had great half-court awareness with the ball in his hands, constantly looking for the open man. Grant stayed aggressive on the drive, as well. Finished well, even when defenders closed in on him. He ended up with 18 points and three treys in the game. - Jerome Reed

Robinson finished with 15 points in the one-point win vs Upward Stars 15U. He’s another MEBO guard who absolutely torched the D when it came to creating within the paint. Whether taking it to the rim himself, or using the drive to open up the floor and kick the ball for an outside shot, Robinson provided a spark. On defense, he never bit on the shot-fake, stayed disciplined. Came away with a couple blocks, also. - Jerome Reed

Nesbitt had a slow start to the game, but picked it up halfway through the first half & finished with 18 points. This 6-foot-3 forward got nearly everything from within 12 feet of the hoop, took contact to the chin and finished strong. Nesbitt has the tools to be an awesome asset at the wing spot. He can contend with the best of them. - Jerome Reed

The steady point guard for the 15U helped his team roll to a black championship crown in their division with his scoring and his ability to facilitate from the lead guard spot. He scored 13 points in the finals. He is teammates with Minnesota Fury 17U standout Charlie Katona at Shakopee HS in Minnesota. – Justin Byerly

The 6-foot-6 big man was named to the #BOTS19 All-Tournament team for the 15U Division. The 2022 big man brings  physicality to the game and showed he can stretch the floor with his shooting ability. He was effective in the pick and roll and made some shots from the mid-range during a strong all-around performance on our stage. – Justin Byerly