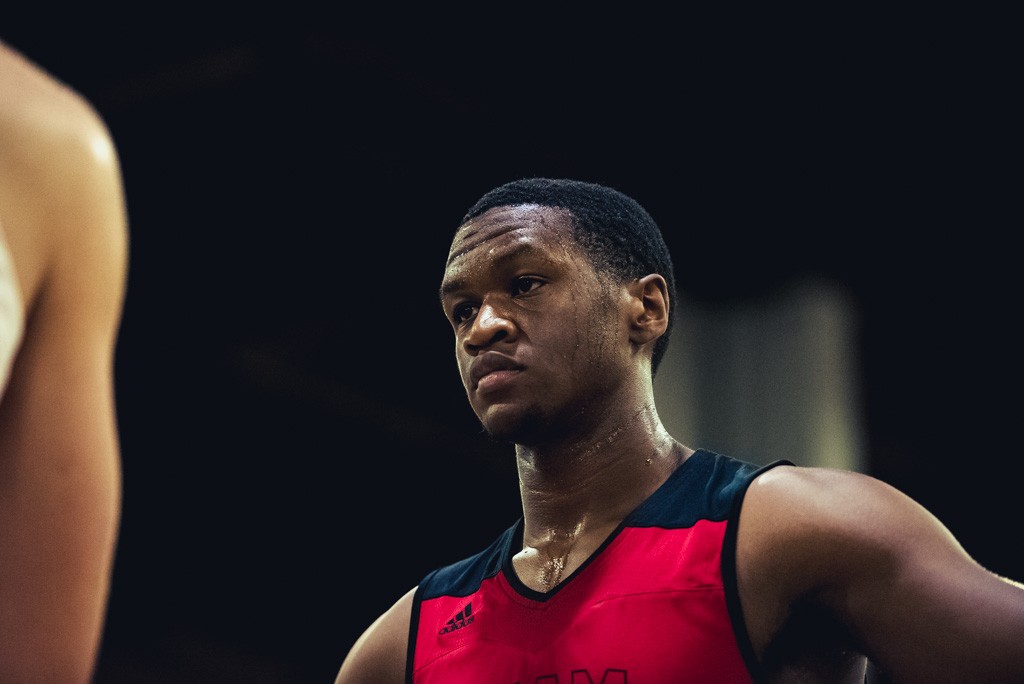 ATLANTA, GA-Team Parsons CP25 have been a mainstay at HoopSeen events over the years. Head Coach Jewel Daniels does a great job of loading a roster full of Division One prospects. In one word, Team Parsons has been consistent.

6-foot-5 wing Michael Eads is the epitome of the word. His play since our HoopSeen Tip-Off in March until this past weekend at HoopSeen’s Best of the South has been the same. He produces. His play on our stage has led to multiple offers coming in over the past few months for the scoring wing from Orlando (FL) Edgewater High School.

He brings scoring from the perimeter with an ability to get baskets in the paint. He plays much bigger than his 6-foot-5 frame and has a smooth overall game. He is powerful when attacking the rim and gets to the free-throw line consistently. He was in double-digits in the scoring column in all but one game for Team Parsons at The Best of the South.