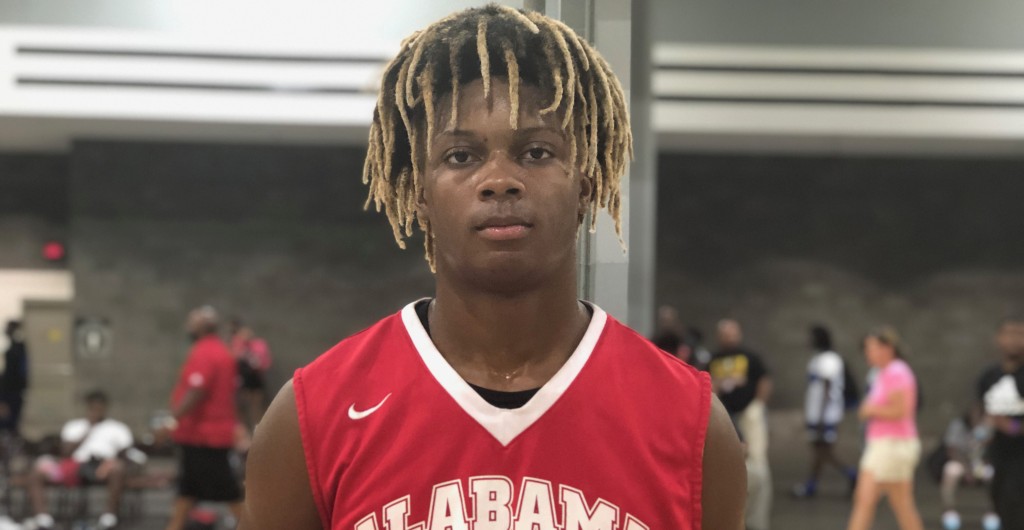 The biggest stage for independent teams opened its doors on Friday evening at the Georgia World Congress Center for the Best of the South. Here’s my take on the action from Day 1.

Scorer, Scorer, Scorer. Mr. Williams was on a mission to put the ball in the basket on Day 1. His 23-point outing lead the charge for the Alabama Fusion in their matchup against Achieve More. Williams mixed his arsenal up with contested finishes and long range three-pointers from deep. He operated well in transition and in the half court setting. I wouldn’t be surprised if we here his name again this weekend as a top performer.

Some players just have that “dog”-like mentality that separates them in key matchups. Raymond Perry stepped up big-time for Team Speights in a notable win over We All Can Go. Not once was he afraid to take any opposing defender off the dribble in order to get downhill to the basket. He also managed the tempo, created plays for others, and displayed great on-ball defense. While Perry only stands at 5-foot-9, his performance stood tall above the competition tonight.

Despite a loss to Team Jacksonville, I was intrigued by Sola Adebisi of the Reach Higher Kings. He's 6-foot-6 with the athleticism and wingspan you’d want in a forward. He snagged rebounds, swatted shots away, and even punched in 14 points.

SOMEONE GET THE SHOOTER!

Known as one of the top rising sophomores in the country, Chris Livingston (2022, We All Can Go) made his scoring presence known with his outside shooting. He made 6 three-pointers in his 23-point performance against Team Speights. Livingston has a smooth release with a high follow-through. He was comfortable shooting off the dribble from beyond the perimeter as well.

Franklin Bailey has become a consistent name to hear at HoopSeen events. The SEBA FCI Warriors product has continued to see his stock rise, and tonight was no exception. Helped his squad earn a win with his 23 points. He’s easily one of the better shooters in the state for the class of 2020.

Maclean Hoekwater and his Atlanta Xpress (Hook) squad surely aren’t strangers to the HoopSeen circuit either. In their opening victory on Day 1 of #BOTS19, Hoekwater showed an improvement in his shooting skillset. He led his team with 15 points while connecting for 3 three-pointers.

These two point guards had a nice start to the Best Of The South tourney.