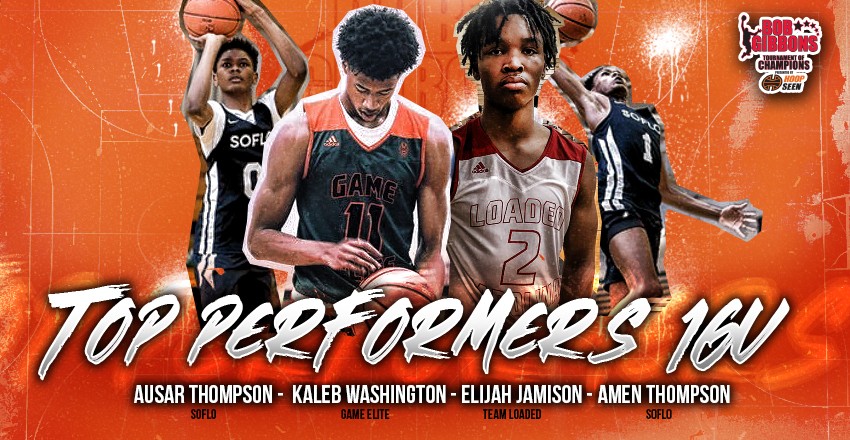 One of the main storylines of the 2019 Bob Gibbons Tournament of Champions was the strength of the underclassmen players in the field. Our staff spent a lot of time watching the next wave of talent and came away very impressed with what we saw. We begin our look at the top underclassmen. Today our staff spends some time on the 16 and under division of the event.

Elijah Jamison, Team Loaded NC
What sets Jamison apart from other prospects in the 2021 class for North Carolina is his production. He is a stat-stuffing machine and does it in the scoring and rebounding columns. Jamison checks in at #12 in the HoopSeenNC rankings for his class and should see that number rise a little over the following months. He is one of North Carolina’s most prolific scorers but it is his rebounding at the point guard position that really impresses me. He gets rebounds that point guards are normally not supposed to grab. He then pushes the ball and moves it well in transition. His size, at 6-foot-3 is another reason why he would fit right in at the college level when the time comes. - Justin Byerly

Amen and Ausar Thompson, Florida Pro
These two were undoubtedly the two guys I came away most impressed with at Gibbons. The twins are 2022 prospects that played up with Florida Pro's 16U squad and excelled. They each stand 6'4" with long arms and a good feel for the game. They're two savvy, smooth playmakers that I have no doubt are about to be circled by every Division I coach in the country. These two are about to see their stock blow up. - Kory Keys

Kaleb Washington (Game Elite)
I saw Washington for the first time last Fall and knew there was something there. He's a 6'6", long wing whose stroke and skill level are advanced for his age. If not for an unlikely buzzer-beater in the semifinals, he would've been the reason his squad would've advanced to the championship game. Washington's stroke is as pure as I've seen in Georgia's 2021 class, but he also is a plus athlete. He has a chance to be a high-major prospect if he continues to develop and build consistency in his game. The talent is certainly there. - Kory Keys