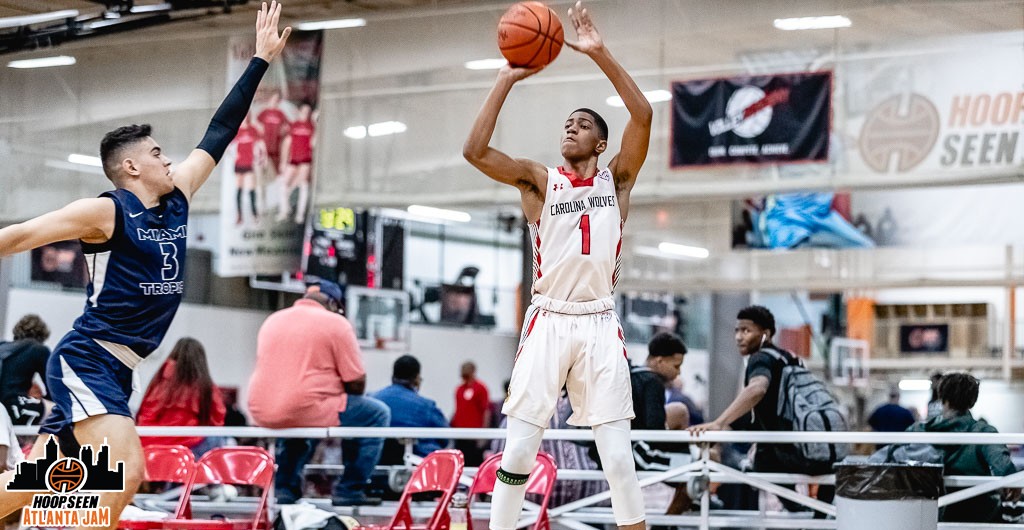 With a stage like the Atlanta Jam, there are bound to be players who take their games to the next level at the right time. These three players from the state of South Carolina took full advantage of the NCAA Live Period, according to our staff.

Jahnarious Snell, Carolina Wolves (pictured above)
If there was a real breakout guy from the state of South Carolina this weekend, he was your guy. I love his size and length for his position. He has broad shoulders and long arms and uses his size well as an on the ball defender and racks up deflections at a healthy rate. He was one the best shooters in the field. There were moments when he looked like the best guard on the floor. He shot the rock really well, hitting 12 three-pointers over the course of five games. After his showing at the Atlanta Jam, Snell could be the biggest riser from the state of South Carolina from the April NCAA Live Period. - Justin Young

Dallan Wright, Carolina Pressure
The 6-foot point guard was one of the best shooters I saw over the weekend. He knocked down four triples and finished with 17 points in a win over the South Florida Rockets. His ball-handling and ability to defend are the major plus signs for me. The all-state guard out of Saluda High School in South Carolina picked up an offer from Nicholls State since the live period and I expect his recruitment to be on the Sun Belt, Southern, and Ohio Valley Conference level.-Justin Byerly

Mequaje McDaniels, Carolina Pressure
Playing up an age group, McDaniels is a defensive force. He creates nightmares for the opposition with his quick hands and ability to come up with steals. He took a number of charges on the weekend, something college coaches love to see. At 5-foot-10, he plays so much bigger than he stands scoring in double-figures and guarding the opponents’ best guard in the game I watched.- Justin Byerly