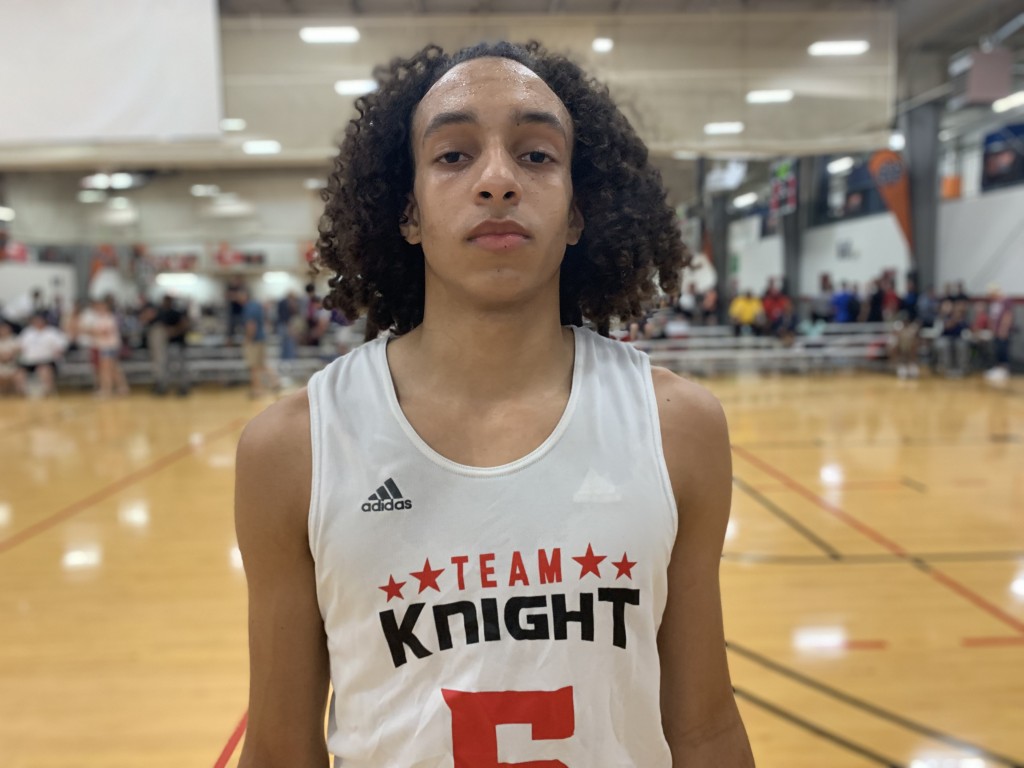 SUWANEE, GA - The second day of the Bob Gibbons Tournament of Champions has been filled with terrific games, great individual performances and so much to go through in our scouting notes. Justin Young has watched over a dozen games on Saturday and rolls out a wave of thoughts from the most historic travel team event in the country.

Devin Carter’s game-winning bucket with 3.3 seconds left to play advanced the Florida Knights past Team Loaded NC in one of the best games we saw at the Tournament of Champions on Saturday night.

Carter has been one of the trending players on the weekend. His 20 points in the game continue the conversation about his shot-making ability. The Florida guard is a bucket-maker and a guy who wants the tough assignment on defense.

Booker has been nothing short of outstanding this weekend.

He had help from his backcourt mates Jalen Speer and Alec Oglesby. The two combined for 38 points and seven made three-pointers. The trio has been one of the best 1-2-3 offensive punches in the tournament. An excellent weekend for all three players.

The Boozer twins - Cameron and Zameron - have both intrigued with their play inside the paint. The two from Lanett, Alabama have been two of the true breakout big men from the weekend. Their presence inside as rebounders, shot-blockers and scorers has played a huge role in Team Knight’s advancement in the bracket.

MEBO 2021 guard Daeshun Ruffin has similar tools that former Baylor super scorer Tweety Carter played with. He’s jet quick, always ready to fire away from three and confident beyond belief in his ability to score the rock. He’s one of the tp overall scorers in the event and continues to hammer home the notion that he’s one of the true elite scorers in the country, no matter the age. To date, Ruffin holds offers from Ole Miss, Mississippi State, Southern Miss, Houston, Auburn, and UAB.

There have been moments here at the tournament when I've thought Team Loaded NC's Josh Hall is the best player and prospect here at #Gibbons. He has NBA size and range on his jumper that goes past 19 feet. Hall has freaky upside. We saw his take over ability in the second half in the playoff game against the Florida Knights. Hall scored 18 of his team-high 26 points in the second half. He has been the most versatile offensive weapon in the tournament. Hall continues to shine as a top 25 national prospect.

Tennessee bound Corey Walker has consistently been on the best players on our stage over the years. He’s a top 25 national prospect and a guy who should be wearing the McDonald’s All-American jersey next spring. The Jacksonville, Florida native has his Game Elite Florida squad sitting in a good position as we enter into championship Sunday.

Ja’Dun Michael of Team Loaded NC has been one of the best rim attackers I’ve seen at the event. The class of 2021 wing is athletic and explosive of any player in the Gibbons field. The Burlington School product was one of the toughest players to defend on Saturday and played the role of top 100 national high-major prospect throughout the day. Michael said he has offers from UNCG, Hofstra and Hampton and he holds interest from Pitt, VA Tech, Clemson, and Virginia.

Ahmil Flowers of the Greensboro Warriors has been a breakout guy here at the Tournament of Champions. He said he has offers from Western Carolina, Elon and Mars Hill and interest from Appalachian State, North Carolina A&T, Coastal Carolina, East Carolina and Virginia Tech.

Judging by his play so far at the event, he should be one of the better recruited athletic wings there is in the South. Flowers is every bit the mid-major prospect and has the chops to be one of the more recruited guys during the summer live periods.

Myles Smith of the Jacksonville GameChagners was an eye-catcher against the Team Loaded NC. The wiry 6-foot-4 guard was always involved in a play against the adidas powerhouse program on Saturday morning. He’s a live wire player and didn’t shy away from the stage. Appalachian State and James Madison have inquired about him.