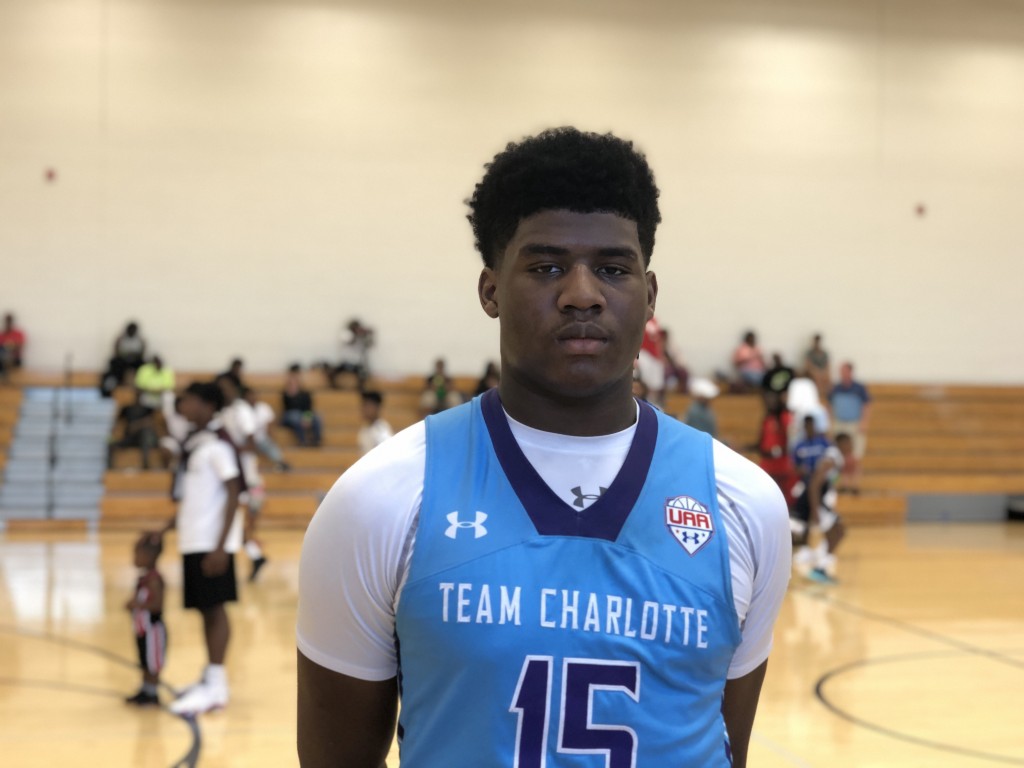 Suwanee, GA-HoopSeenNC’s Justin Byerly took in the action over at Discovery High School for the morning session of the 15U division in The Bob Gibbons Tournament of Champions.

The future is bright for the Team Winston program. Cached by Chad Hicks and former Wake Forest and Old Dominion standout Greg McClinton, Team Winston has some guys that I feel will be able to play at a high level in college.

Jahreece Lynch, guard led the charge with 19 points in the win. Lynch is a steady shooting guard that makes shots from the perimeter and the mid-range. He is the nephew of former Lees-McRae standout Lapreece Lynch, who now plays for The Winston Wolves. If Lynch continues to grow and gets stronger he is a mid-major prospect. Oh did I mention he is in the 8th grade?

Marc Raye Jr., is a lead guard with a good handle. He is shifty, plays smart and  sees the seams. He is hard to stay in front of and has strong court vision while keeping the ball on a leash. Scored 12 points in the win.

Jeremy Gregory, the younger brother of Appalachian State signee Donvovan Gregory is on the same path to playing college basketball. The younger Gregory is 6-foot-6 and bulkier, he runs the floor and has good hands. He is strong in the post while getting good position. He uses his big hands and feet; and long arms to gets hands on a lot of balls. He has a knack for rebounding and scores with either hand around the basket.

Jordan Crawford was impressive for Team Charlotte in the early morning session as well. The 5-foot-9 guard shot it from the perimeter consistently and handled the ball-handling duties without turning it over and making defenders miss.

In a mercy rule win for Team SC, Caleb Byrd was one of the players I feel has the potential to make it at the next level. He does a really good job of scoring from all over the floor, he finishes at the rim in transition; smart and has a high basketball IQ. He is around 5-foot-10 now but if puts on a few inches and some muscle he has a chance to be really good.

6-foot-3 forward Deuce Caldwell was impressive with his physicality and ability to take contact down low in the post. He is at Legacy Charter in Greenville, South Carolina.

Team South Carolina always plays hard and lock-down defense. This trickles down from the 17U division all the way to the young kids playing around the upstate that are already a part of the program.