Three standouts from North Carolina at the HoopSeen Tip-Off 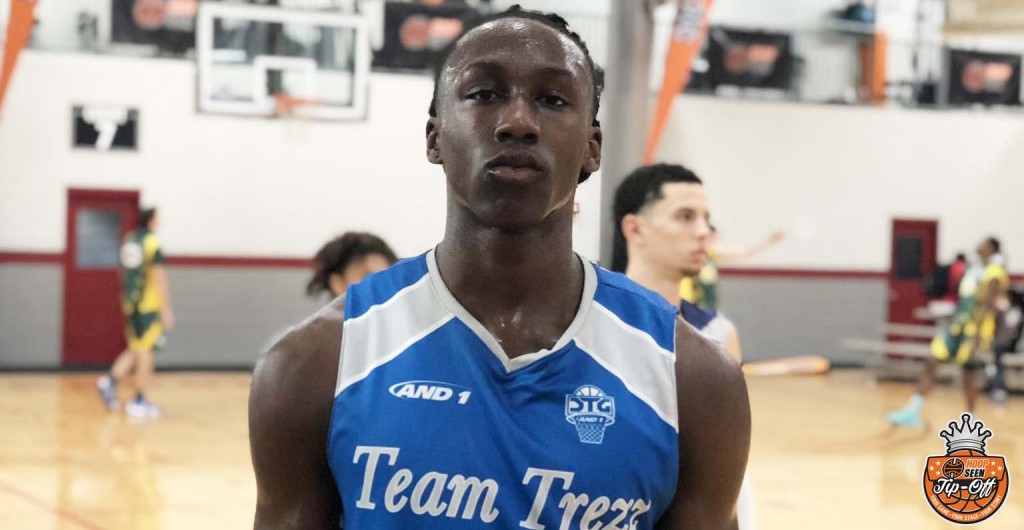 Our Justin Byerly knows the state of North Carolina as well as anyone in the prep and recruiting game. So when he says a player is the best player from the HoopState, we all listen. We asked him to note three players, one from each HS age group, that hailed from N.C.

From the 17U division: Keishon Porter, Team Trezz
The long and athletic wing for Team Trezz was unstoppable in his final game on Sunday going for 31 points including 17 in the first half against Smyrna Stars. He has a high-level motor and scores from all spots on the floor. He is best in transition when can attack the rim or settle on a mid-range jump-shot.

From the 16U division: Redford Dunton, Garner Road
The 6-foot-6 Dunton has the size and the motor to be a special player. Dunton is a high basketball IQ wing that can step out and shoot the three-point shot and can also score from the paint. He spreads the floor with all of the different ways that he is a threat to score.

From the 15U divison: Derrick Cox (Team Trezz)
The athletic, scorer/slasher was huge for Team Trezz 15U as they finished the weekend 4-0. Cox had a few rim-rattling dunks that caused a small stir in the gym. He is able to score off the dribble from the perimeter and has an uncanny ability to see the whole floor going full speed.