Three risers from Florida at the HoopSeen Tip-Off 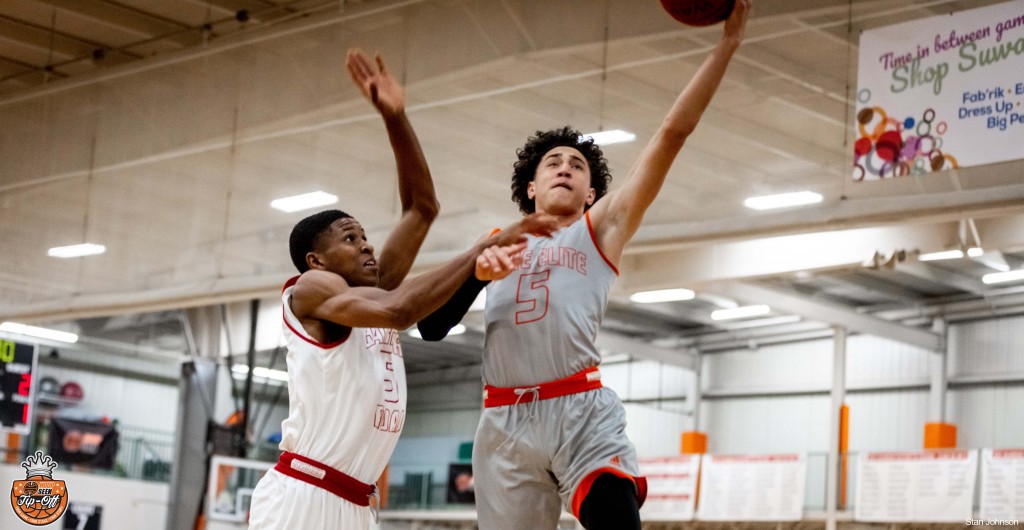 Several of the top performers from the HoopSeen Tip-Off were from Florida. So, we wanted to dig a little deeper and take a look at the players who took advantage of the spring stage. Here’s a zoom into the three players who really shined last weekend and started some buzz as we head into the NCAA Live Period at the end of April.

Joseph Flores, TNBA South Santana: A slight halftime glance at the scoresheet confirmed what I thought about Joseph Flores through the first sixteen minutes of action. Shot after shot I thought to myself, wow this kid can play. There was a smooth efficiency about him that I could appreciate as he lead his team to an easy 24 points. A relative unknown to me before the start of the event, Flores could catch the eye of some small college and low major schools given his size and shooting ability. The 6’6 swing forward showed a knack for getting to his spots and making good use of his length and skill. Flores benefits from a scrappy and unselfish group that knows how to highlight each other’s strengths. As he continues to develop, look for someone to take a chance on him that could pay off late. - Tai Young

Jalen Gilmore, Game Elite Big Five 2022 (pictured above): The young wing guard had some eye-catching moments as he and his teammates played up for the weekend at the HoopSeen Tip-Off. The 6-foot-2 guard from Jacksonville’s Bishop Snyder showed that he’s a capable and confident rim-attacker in the open floor. He’s at his best when he’s slashing to the rim and getting to the iron. There were some moments in his output that gave you a peek at what’s to come. As he develops his perimeter game, his overall court value should steadily improve. Keep an eye on the class of 2022 prospect. - Justin Young

Earnest Ross, Game Elite JB: The class of 2021 forward is an eye-catcher the minute he walks into the gym. The 6-foot-7 forward is all kind of long and all kinds of intriguing. Where he is today with his game is miles away from where he can be. Ross has a terrific basketball frame and plays to his size and length advantage around the cup. His wingspan kept defenders at bay when he tried to score around the rim. There are still some timid moments to his game and when the confidence that comes with adding strength and more high-level game experience, we should be looking at a likely top 100 national prospect. - Justin Young