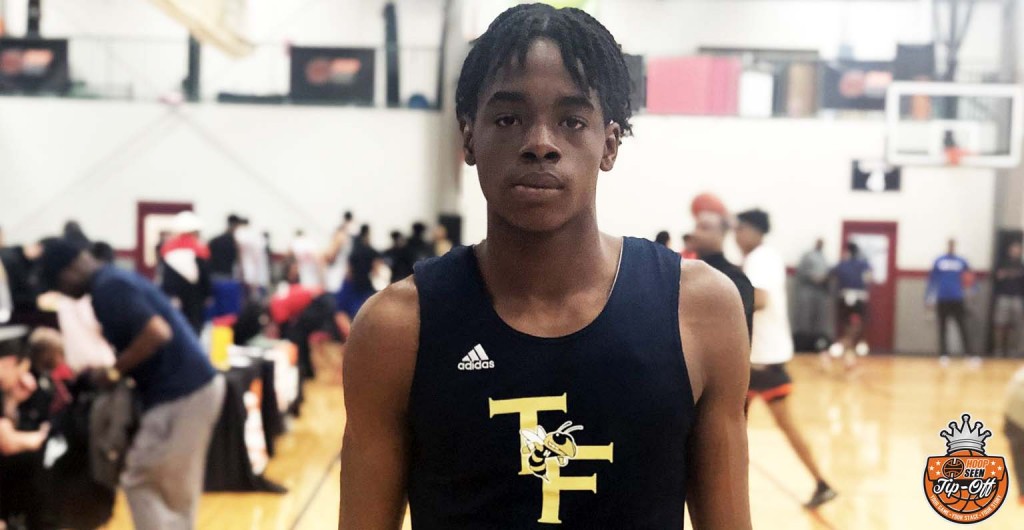 We wanted to provide a stage with the HoopSeen Tip-Off for teams and players to start their stories as we dive into the spring NCAA Live Period. There were a number of players who used the stage to create buzz and game tape for college coaches to see. This trio of players impressed and should see a spike in their respective recruitment in three weeks.

Emmanuel Jones, Upward Stars: After an all-state season at Glenn Hills High School in Augusta, Georgia, the long 6-foot-7 forward is now opening some eyes on the travel circuit. Jones is a face-up forward who likes to shoot from three at a consistent rate. Jones put in a pair of triples a game at the Tip-Off. He’s a spacer on offense and athletic enough to be a go-to rebounder in the paint. His interior skill development will help grow his recruitment in the coming months.

Kirshon Thrash, Georgia Knights: He played a big role in his team going 4-0 against quality teams at the HoopSeen Tip-Off. The Knights have a roster full of tough guys who can defend, score, pass and rebound. Thrash, a 6-foot-3 guard from Eagle’s Landing, had some big moments during his team’s undefeated weekend. He plays with a toughness that allowed him to be on the floor at all times and play all over the floor. Eagle’s Landing coaches up their talent and Thrash showed what his next level value is here at the Tip-Off.

Trashawn Wilson, Team Forrest (pictured above): With two straight weekends of viewing Wilson and his talented Team Forrest teammates, we think we’re looking at a bonafide Division I prospect. He’s been impressive at both the Georgia Cup and now the HoopSeen Tip-Off. Wilson is a nice mixture of athleticism and speed and shooting and versatility. He’s a tough guard because of his value at multiple positions on both sides of the floor. It wouldn’t shock me to see him develop into one of the biggest spring risers from Georgia’s 2020 class.