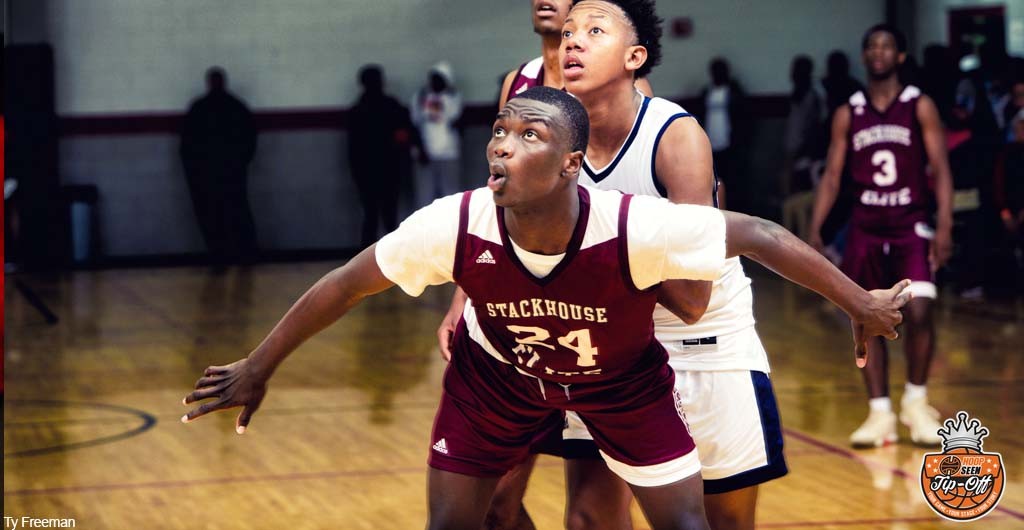 We wanted to provide a stage with the HoopSeen Tip-Off for teams and players to start their stories as we dive into the spring NCAA Live Period. There were a number of players who used the stage to create buzz and game tape for college coaches to see. This trio of players impressed and should see a spike in their respective recruitment in three weeks.

Achor Achor, Stackhouse Elite: The 6-foot-8 big man from Greenforest was the most consistent paint player for Stackhouse in their aggressive four-game set at the Tip-Off. Achor is a cut and dry post player who knows his strengths and his weaknesses. There is simplistic productivity to his game that I like. And I think his simplicity allows his value to grow. No matter how much the game evolves into big men shooting threes, rebounders and defenders and energy-givers will always have a home in college. He will move up from his current No. 34 space in the rankings. - Justin Young

Sam Hines, Game Elite: What a productive weekend for the 6-foot-6 forward from Wheeler. He was the most consistent player on the adidas Gauntlet team at the HoopSeen Tip-Off. Hines was productive inside and out. He’s stronger than most players down low and does a nice job of playing the role of tough guy around the paint. When Game Elite needed a bucket or a rebound, Hines develiverd. He’s been a complementary player on good teams that he’s been on in the past. This year it looks like Hines is moving comfortably into the go-to role for Game Elite. Overall, it was a nice start to the spring at the Tip-Off. - Justin Young

Roman Son, Georgia Knights:Solid. It’s the best word to describe the play of Georgia Knights guard Roman Son. The beauty of his game often comes back to the consistency that was found throughout his junior high school season. There’s the occasional behind the back pass that he will pull out for the crowd. But more times than not, Son’s game is predicated on providing productivity. With Therrell, he wins. With the Knights, he wins. There is something to be said about that. - Tai Young