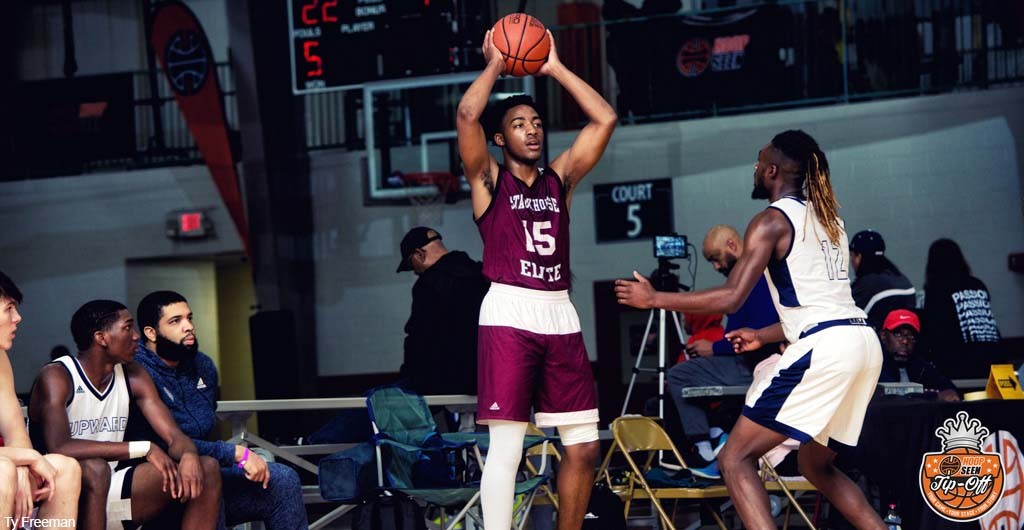 The HoopSeen Tip-Off was designed for players and teams to create buzz for themselves with their play as we prepare for the important April NCAA Live Period. Stories start on our HoopSeen stage. So, we asked our staff to name their top breakout guy on a 17U shoe-sponsored team. These were their picks.

Quincy Canty, Stackhouse Elite: There was an internal discussion with our staff about where we had Quincy Canty slotted in our current state rankings after his play at our Tip-Off. Rightfully so as Canty put together one of the more consistent showings across a four-game weekend. Canty does a lot of things as a 6’6 forward that translates to wins at the next level. For a player that can stretch the court as effortlessly as he does, Canty isn’t a full-time perimeter floater. He understands the value in a well-earned rebound as he battles consistently for any opportunity to grab one. Those traits along with his ability to guard his position should make him a hot commodity in the early signing period. - Tai Young

Khalil Shaheed, Game Elite JB: The strong-bodied guard had himself a weekend. At 6-foot-3 and built like a middle linebacker, Shaheed powered his game into the chest of defenders as they squared up with him. He took his game right at them and opened the floor up for his talented teammates. Shaheed has always been sneaky good at our events over the years and this stage may have been the start in what could be (and should be) his recruitment surge. Shaheed has the motor to be a two-way disruptor. He had a productive year at Superior Collegiate in Clearwater, FL and his travel season is off to a hot start; Shaheed’s recruitment is low-major/mid-major focused right now. Schools in the mid-major realm and even some high majors could end April with him on their respective priority lists. - Justin Young

Justin Thomas, Garner Road: Thomas has the length and skillset to adjust to playing positions 1-4 at any given time for Garner Road. At 6-foot-6, Thomas is big enough to guard the post and has the ball skills and athleticism to play on the perimeter. He can score from any spot on the floor and is a high-level defender. I can see his ranking in the state going up because of what he can bring at the college-level in the era of positionless basketball. -  Justin Byerly