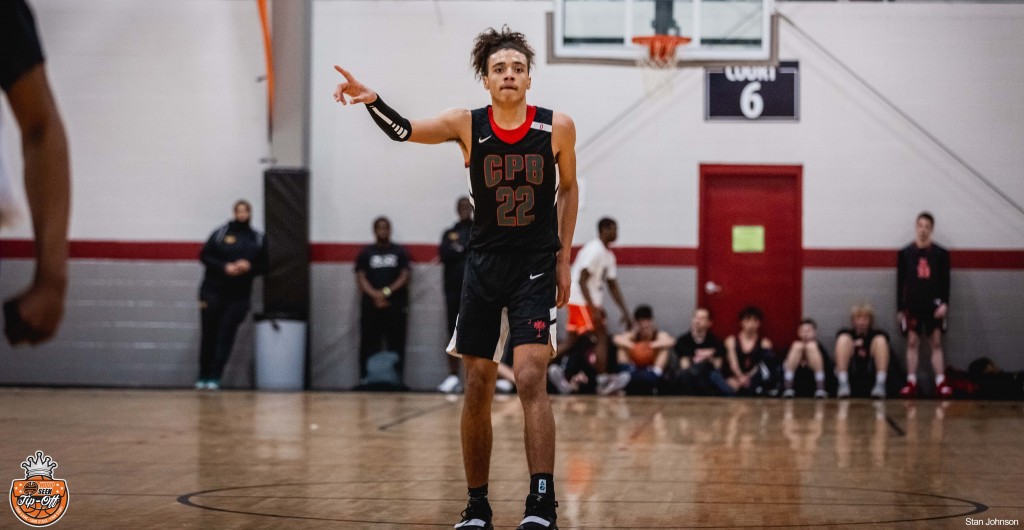 There are great players on non-sponsored teams. We know this. Talent rose to the top, regardless of team affiliation. It always has at our HoopSeen events. At the Tip-Off, we take a look at three players who stood out the most on the non-shoe teams over the weekend.

Cam Cherry, Middle Georgia Bucks: Middle Georgia has produced several division one caliber players in recent years and the newest member of the group introduced himself at our Tip-Off. Middle Georgia Bucks guard Cam Cherry has officially started his story as one of the better scorers in our upcoming class. At 6’4, Cherry has the ideal size and shot-making that will keep him in the eye of low to mid-majors. His smooth approach shouldn’t turn away future suitors, as a closer evaluation will tell the whole story. His lack of emotion and flash doesn’t mean a lack of production. Far from it. In fact, Cherry has the tools to be one of the most talked about independent scorers this upcoming April.- Tai Young

Kelton Talford, Carolina Pressure (pictured above): What many coaches like to see is a player that can get to the free-throw line. Talford has the tools to be a productive college prospect with his ability to make himself a target in the post. Many guys don’t understand how important it is to be a big that guards can get to the ball to. Talford uses a wide stance to give the guards a clean entry pass and he uses his athleticism to score against big men that are not as agile. He uses the shot fake to perfection to draw his man in the air. He runs the floor well and makes a lot of his free throws which is what makes him intriguing as a college prospect. - Justin Byerly

Chris Youngblood, GA Knights: The Georgia Knights Elite created a ton of buzz this weekend by being one of the few teams in attendance with an unblemished record. An undefeated weekend requires many things to come together but the Knights should like their chances in any game with Chris Youngblood on the roster. Before I get further into his pair of 25-point games, I have to spend some time with what I witnessed on the defensive end. Youngblood’s tank-like body allowed him to play physical man to man defense against post players that play primarily from block to block. I had reoccurring flashbacks of my days evaluating former Henderson(KY) and Tallahassee CC great David Simmons, as Youngblood has that same win at all cost mentality that once made Simmons great at the same age. Back to his showing on the offensive end, Youngblood’s long ball was consistent as impressive as his strong-willed drives to the basket. With all of these things considered, it’s easy to see why both East Coweta and the Georgia Knights have won a ton of games. - Tai Young