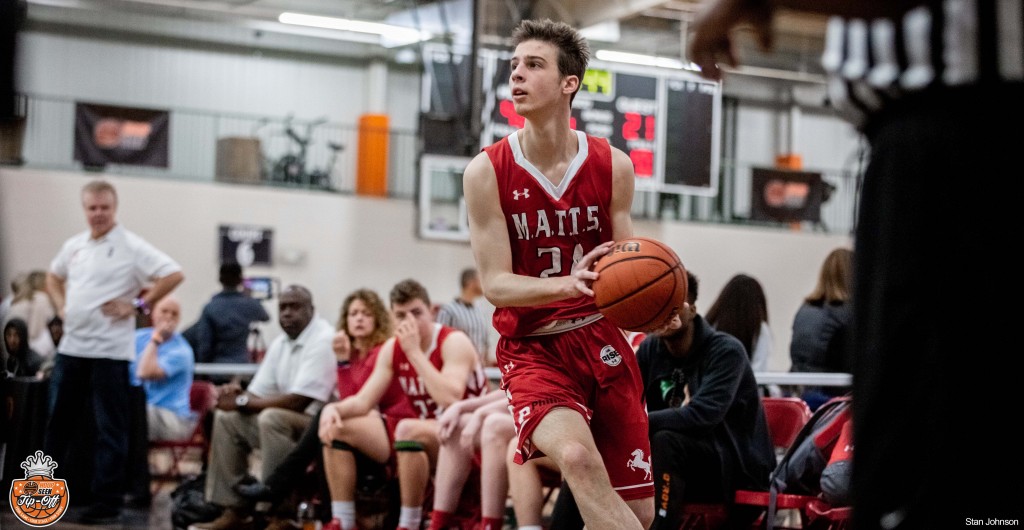 The state of Kentucky is synonymous with basketball and at our HoopSeen events, teams from the Bluegrass State have been programs we love to watch. We asked our staff to pick their three favorite players from Kentucky at our HoopSeen Tip-Off event. These three players were the picks.

Dayvion McKnight, M.A.T.T.S. Mustangs 17U: From the weekend’s opening tip it felt as if Dayvion McKnight was out to make a statement for his team's first event of the season. The Mustangs know how to play the game and much of that can be contributed to McKnight's play at the point guard spot. What isn’t written about enough sometimes is how a player can affect the game without dominating the box score. Part of what makes McKnight valuable is his low maintenance approach to the game, especially in an era that promotes promoting. Football like shoulders kept him in the paint, and his feel for the game kept his coach at ease throughout. His offensive execution helped the Mustangs get the most out of the majority of their possessions. For as many highlight plays that took place at our HoopSeen Tip Off, McKnight's best highlight is that he was a single possession away from an undefeated weekend. - Tai Young

Scotty Draud, M.A.T.T.S. Mustangs 16U (pictured above): Draud averaged 19.5 points a game at the HoopSeen Tip-Off and did it in a way that drove defenders crazy. Draud scores from all spots on the floor. He drilled nine three-pointers - some off the bounce, some off the catch. His feel for the game is terrific and his ability to set his feet, square up and knock down a shot in a singular motion is something to see. His recruitment should draw all of the NCAA tourney level programs in the South to see him this NCAA Live Period. Draud should be a coveted player in the 2021 class. - Justin Young

Ben Johnson, M.A.T.T.S. Mustangs 16U: Opposite of what Draud was doing on the floor, Johnson was active in the motion offense and worked to get himself open for clean looks. Johnson is a good shooter who squares up and fires in a technically sound jumper from deep. There is a toughness to him that allowed him to get to spots for scores and drew fouls. He fits the mold of guard who has had success at championship level mid-major programs. Good looking player in the 2021 class. The 6-foot-3 guard plays at Lexington Catholic. - Justin Young