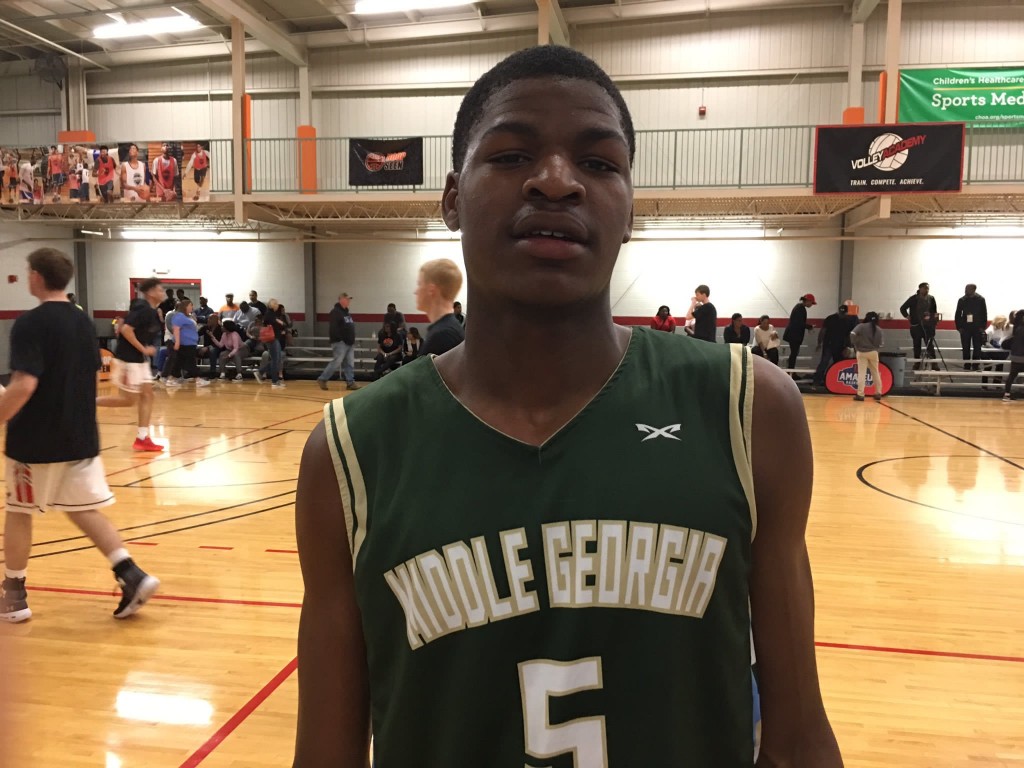 Newly hired Elon University Head Coach Mike Schrage has been at Butler University and most recently at The Ohio State University during his past coaching stints.

He has hired former William and Mary assistant Jonathan Holmes who played at UNC as an assistant.

Tyler Lewis, a former McDonald’s All-American who had a standout career at Butler University before getting into the coaching ranks. Lewis makes his way to Burlington after stops at Furman and East Carolina, now as the Director of Basketball Operations.

Elon is coming off of a 11-21 overall record last season and are losing their top four scorers. Finding some scoring is going to be their biggest concern during this recruiting class and the next.

Here is a look at some players that Elon should take a look at during the first live period at HoopSeen’s Atlanta Jam.

6’4, 2020 G Camrone Cherry (Middle Georgia Bucks)-One of the top scorers at HoopSeen Tip-Off, Cherry is a smooth shooting lefty. He can get hot from outside and rattle off four or five three-pointers in a row. He can score from all spots on the floor and should provide some help in the scoring department. A big difference for me is his length over other guards. He has a 6-foot-9 wingspan.

6’2, 2020 G Ben Bryson (Tennessee Bobcats)-Bryson recently backed off his commitment to Tennessee Tech after the coaching change and is one of the top PG prospects in North Carolina. He is a coach’s son that has a high basketball IQ and doesn’t make many mistakes when the ball is in his hands. He can get hot from the outside like Cherry and rattle off four or five in a row as well. He has a quick first-step and is an above average passer.

6’3, 2020 G Eric Butler (Team Parsons CP25)-With offers from Florida Internation, Florida Atlantic and Florida Gulf Coast, Butler has some pretty solid offers. He may not overwhelm with his scoring but what he does is create offense by getting others involved. He draws the defense to him and creates off this for others. He can knock down the outside shot and can attack. He does a good job of creating space from the defense and finding open teammates. This might not be the scoring from an individual standpoint that Elon is in the need for but Butler creates for others and the bottom line is that creates offense.