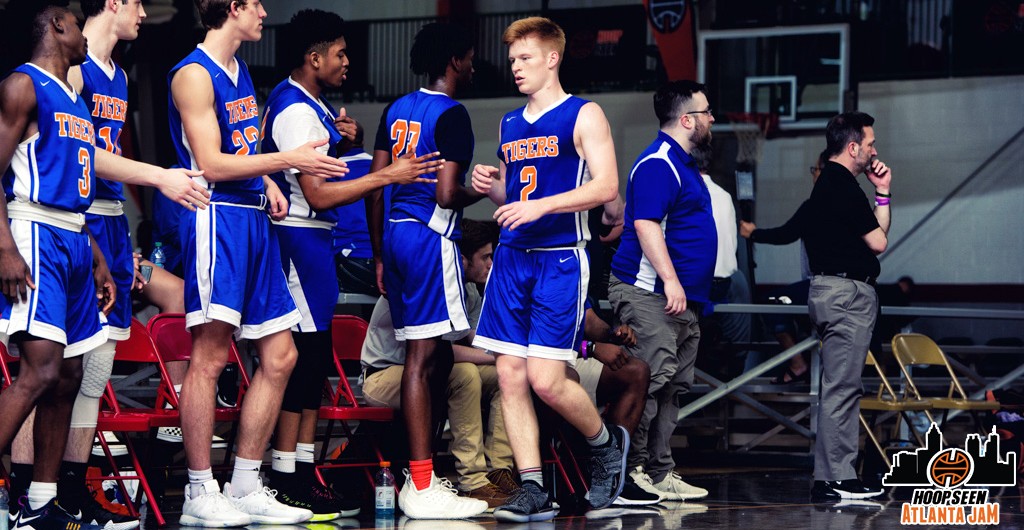 There was a lot to take in at the 2019 HoopSeen Atlanta Jam. Justin Young believes there were three major storylines that jumped out. He dives into each of them.

THE KINGS OF THE SOUTH

I think you could argue that Team CP25 is the best non-shoe sponsored team in the country. And I’m not really sure it’s close. The Orlando-based program ran through the competition of the best independent teams in the Southeast.

Guards Joe Bamisile, Kario Oquendo, Eric Butler and Michael Eads were a match-up problem from start to finish. Each guy brings something different to the table.

Wing forward Isaiah Adams may have been the most difficult player in the field to guard. The Jacksonville forward burned teams inside and out throughout the competition. He’s a highly recruited and coveted player and we saw why.

As camps like the NBPA Top 100 camp are on the horizon, it would make perfect sense to have guys like Bamisile, Oquendo and Adams in the invite-only camp in June at the University of Virginia.

THE STAND OUT POSITIONS

If there was a theme based on the talent, the two positions of depth at the 2019 HoopSeen Atlanta Jam were point guards and big men. College coaches from every level had to be happy with the amount of talent at the two positions.

As we begin to roll out our top performers, top players per state and other superlatives, you’ll see a theme between these two positions. The best players at the event were either point guards or big men. It was that simple. As noted in our top overall performers story today, two of the three were big men.

My top big man from the weekend was Javon Benson of the Carolina Wolves.

There is something about the spring, HoopSeen stages, teams from Tennessee and going undefeated. Last year we saw the EAB program run the table in the spring at our events. This year, the 17U Tennessee Tigers are taking the throne over. The Tigers won the Bama Jam and then followed up with a terrific 5-0 weekend at the Atlanta Jam. The Tigers are roaring right now, sitting at 11-0 after the two Jams.

You can see the confidence rising in this team. Paced by the play of Will Pruitt in the backcourt, he’s helped guys like Ryley McClaran, Kavon Blankenship, Dusty Williams and Isaiah Poore take their games to the next level as scorers and defenders.

Big man Dalton Marsh has also done a nice job of establishing himself as a reliable paint filler who plays with toughness around the cup. Every great team needs one of those.