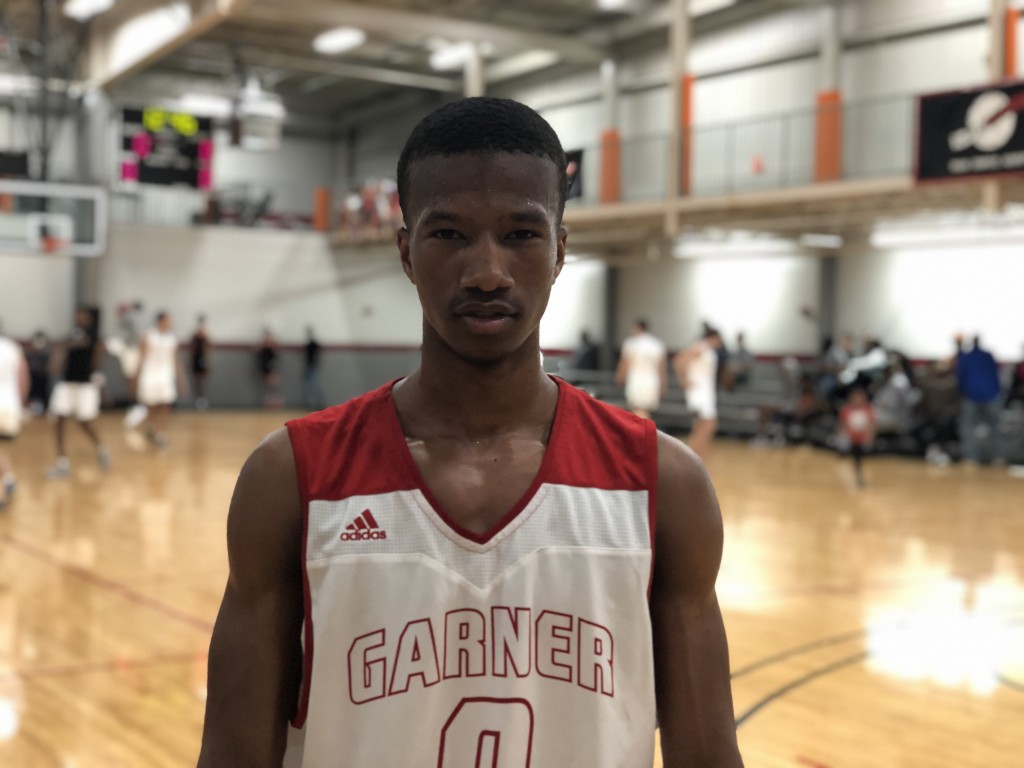 When you have been covering high school and AAU basketball for as long as I have some of the stories you hear really resonate with you. For me, stories about the underdog, the one that wasn't supposed to make it, the ones that worked harder when things didn't come as easy to them than everyone else.

I had the pleasure of watching a Garner Road 16U game at the HoopSeen Tip-Off with Garner Road Basketball Club Director Dwayne West. West, is an imposing figure that still has that New Jersey accent even though he has been down south for years now. We were talking about the team at play, and how Jaden Cooper had really progressed the way that he (West) had thought he would.

Coach West explained to me more about the story and how he felt Cooper would benefit more from not playing on the Garner Road 15U Gold Team and play with Garner Road-Whitley. He wanted him to be "the man" at that level for the team and have a solid year of soaking in being that guy for the team and taking the blunt of the scoring load. Cooper explains it like this, "Coach Roland Whitley had came to several of my games and introduced me to the Gardner Road organization. There was supposed to be two teams on gauntlet last year but some kids quit off of Coach Whitley’s team. However I stayed on his team. After a good high school season and helping my team to the state championship I felt like I had improved my game enough to where I could be an elite player in the Gardner road organization. Then this year came and they had moved me up."

Some players would have taken this move by West as thinking they didn't think he was good enough or maybe the adidas Gaunlet isn't the level he is supposed to play at. Cooper took it as a challenge and he worked for where he is now. "I had started staying after school more, shooting 500+ shots on the shooing gun from different ranges as well as off one dribble and so on. I worked on finishing with contact. I had hit the weights more. I was eating right. I really I focused on improving my game mentally and how to control my team and lead them."

Fast-forward to this past weekend. What we at HoopSeen saw out of Cooper was a player that was ready for the prestige that comes along with wearing a Garner Road jersey and playing on one of the toughest shoe circuits in the game. The 6-foot-2 Cooper is going to be a name to track over the next two seasons and I can bet you that he will work for whatever he gets.