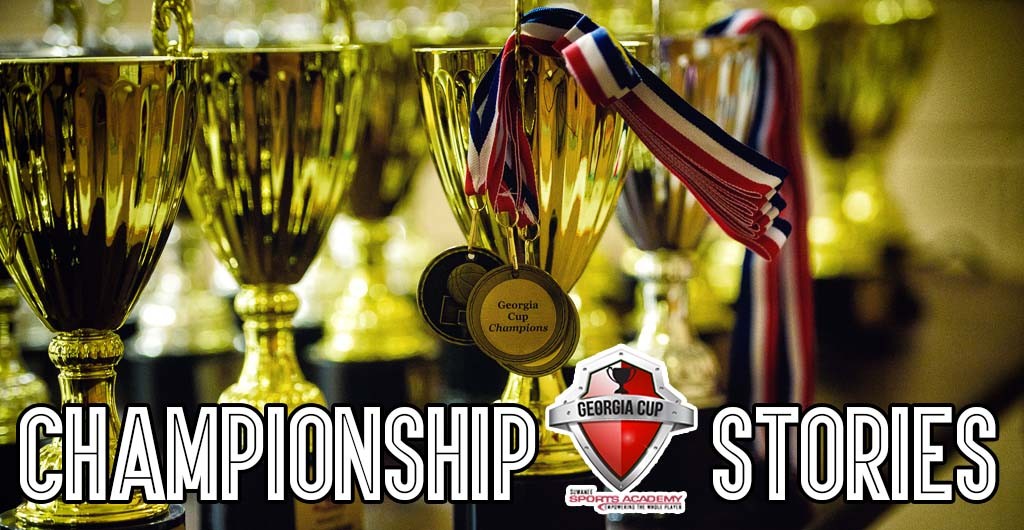 The Georgia Cup II is in the books. Take a look at how each of the champions was crowned on Sunday at Suwanee Sports Academy.

The Georgia Kings had to hold off Team Forrest to claim the 17 and under championship in a terrific final game of the oldest age group.

Ahmad Maddox kept the Kings in the action with his scoring. He pumped in 19 of his team-high 23 points in the third quarter and beyond. Maddox shot the three-ball really well.

Team Forrest has been one of the best 17 and under teams at our events over the course of the last three weeks. This marks the second straight Georgia Cup as the second place squad in the 17U division.

AC Georgia won the 16 and under division of the Georgia Cup II after a hard-fought, well-earned win over Warner Robins All-Stars on Sunday evening. The game was a back and forth affair.

Team Forrest got off to an 11-4 start, much in part to their stellar defense.

Jaylen Peterson started off with a quick six points while Javier Martinez stretched the court. After a brief timeout to regain composure, the Rebels would find their offensive rhythm going into the second.

After having their lead cut to two, Jalen Forrest regained control of the offense and assisted on several high quality possessions. In fact, Jalen Forrest completely took over the third with 11 points to blow the game open. Javier Martinez also added 9 points while the two of them outscored the Rebels as a team. The fourth quarter would offer no contest as Team Forrest coasted to a 68-47 win. Jalen Forrest turned in 23 points with an added 14 points from Javier Martinez.

JSI Elite beat the Georgia Kings (Woods) 51-48 to win the 14 and under division of the Georgia Cup II tournament on Sunday.

Carson Hurt led JSI Elite with 18 points and excelled at both drawing fouls and hitting his foul shots at the free throw line, with 10 makes from the line. in a balanced scoring attack with 10 points from the line.

JSI fought hard in a back fourth game and really started to draw fouls when it counted most in the fourth quarter, ultimately determining the outcome of the game.

J. Hodo scored 13 points for the Georgia Kings and proved to be a very versatile player in all aspects of his game with Smith also adding 10 points from a strong ability to get to the basket.

A couple of early timeouts from the Georgia Kings told the story of the first quarter as Warner Robins pushed out to a 20 point lead. The Warner Robins All Stars were a well oiled machine all weekend having blowout wins along the way. The Georgia Kings wouldn't cut the lead below 16 points, much due to a stingy All Stars defense.

As the Kings tried to press to get back into the action, Warner Robins would routinely break it to churn out layups. Cam Perkins scoring was one of the very many bright spots throughout the game. Andrew May also had his time as the primary scorer as him and Perkins combined for 30 points. Overall, the defensive edge belonged to Warner Robins via the play of Khalil Green. Greens motor was non stop as he flew around consistently on both ends of the floor. Warner Robins was too much to handle from the opening tip as they ran away with a 76 to 55 win.

The Georgia Kings beat the East Georgia Panthers 35-27 to win the 12 and under (Orange) division of the Georgia Cup II tournament on Sunday.

Davis led the Georgia Kings with 15 points with the majority of his points coming from attacking the point throughout the course of the game. The Kings did a great job of getting to the basket and drawing numerous fouls, getting to the free throw line frequently.

Aamere Tolbert led all East Georgia Panthers players with 11 points and served as a dominant post presence to provide offense for the team with much of their their offense coming from the free throw line.

Team Triple Double had to hold off Athens Renegades to claim the 11 and under championship in a terrific final game of one of the younger age groups in the Georgia Cup.

Max Walraven kept Triple Double in the action with his scoring. He scored a game-high 15 points. Walraven was a terror in the paint and extended mid-range area.

Patrick Cames scored 10 points and shot the ball well beyond the arch. Cames helped his team to the win in today’s championship game.