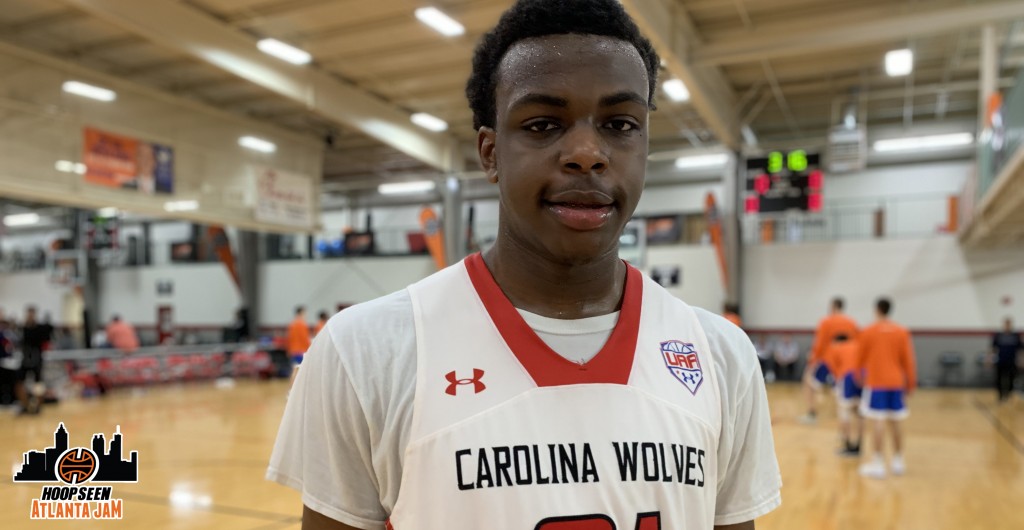 SUWANEE, GA - Saturday at the Atlanta Jam brought coaches from every level of college. Who played well in front of them?

Yussif Basa-Ama played well in the morning game against Team WHBH, showing off his terrific defensive presence inside the paint. The 6-foot-9 class of 2020 center blocked shots and altered many more in front of a baseline chock full of college coaches. His effort was one of the best defensive efforts we’ve seen this travel season in the interior. Oklahoma went three coaches deep, including head coach Lon Kruger. South Florida head coach Brian Gregory was also on hand.

Isaiah Adams is one of the most intriguing players in the Atlanta Jam. The 6-foot-7 forward from Jacksonville can mix it up inside and out, produce on both ends of the floor and log minutes at multiple positions. To date, he said he holds offers from UMass, North Florida, South Florida and Florida Atlantic.

Miami Tropics big man Nicholas Silva played with a terrific amount of passion in his team’s win over the Carolina Wolves on Saturday morning. The 6-foot-7 native of Brazil rebounded with great purpose and scored inside and out. He’s a hard-playing player and vocal leader on his talented team. As schools scour the country looking for size, Silva will be a player who justifies a good look form low-majors and mids.

For the second straight day at the Atlanta Jam, Carolina Wolves big man Javon Benson (pictured above) played like a big man who will move his name from “gotta see him” to “gotta get him” lists the college coaches secretly hold inside of their heads. The big man does a terrific job of stretching the defense with his face up game and did so again on Saturday morning. Benson scored 28 points against a tough Miami Tropics team.

Will Pruitt of the Tennessee Tigers is just steady. That’s a compliment from our Tennessee expert Andre Whitehead. And boy is he right. Pruitt continues to impress from the point guard position as his Tigers club keep racking up big wins. Pruitt said he’s being recruited by Belmont, Lipscomb, Tennessee Tech, IUPUI, Lee and Treveca (offered).

TNT HoopSquad forward Marlon Allen was an eye-catcher on Saturday afternoon. The 6-foot-5 forward is built like a college player right now and he plays with a lot of activity in the paint and at the rim. He’d be a nice non Division I score this late in the game.

Florida Elite TPA’s Nate Davilia The 5-foot-9 floor general from Port St. Lucie High School has been consistently productive in the backcourt. A number of non Division I schools have taken in his games here at the Atlanta Jam.

Tampa BayHawks Batchelor Elite wing Jalen Cooper was an eye-catcher on Saturday. The 6-foot-6 wing has all kinds of length and plays well when he’s attacking the rim. Cooper covers a lot of ground defensively because of his length. Cooper said he’s heard from Liberty.

Carolina Wolves SG Jahnarious Snell has been an eye-catcher here at the Atlanta Jam. He has great basketball length for a guard at 6-foot-4 and shot the ball at a consistent rate. The Wolves have played in some of the higher profile games in the event so far and he’s certainly caught the attention of evaluators in the building.

The South Florida Rockets probably haven’t had the type of output they were hoping for so far at the Atlanta Jam. But there has been some interest in 6-foot-6 forward Inady Legiste. He’s an active and engaged post player who empties the tank with energy. It wouldn’t be a big surprise to see low-major programs jump into the mix with the state champ from South Florida.