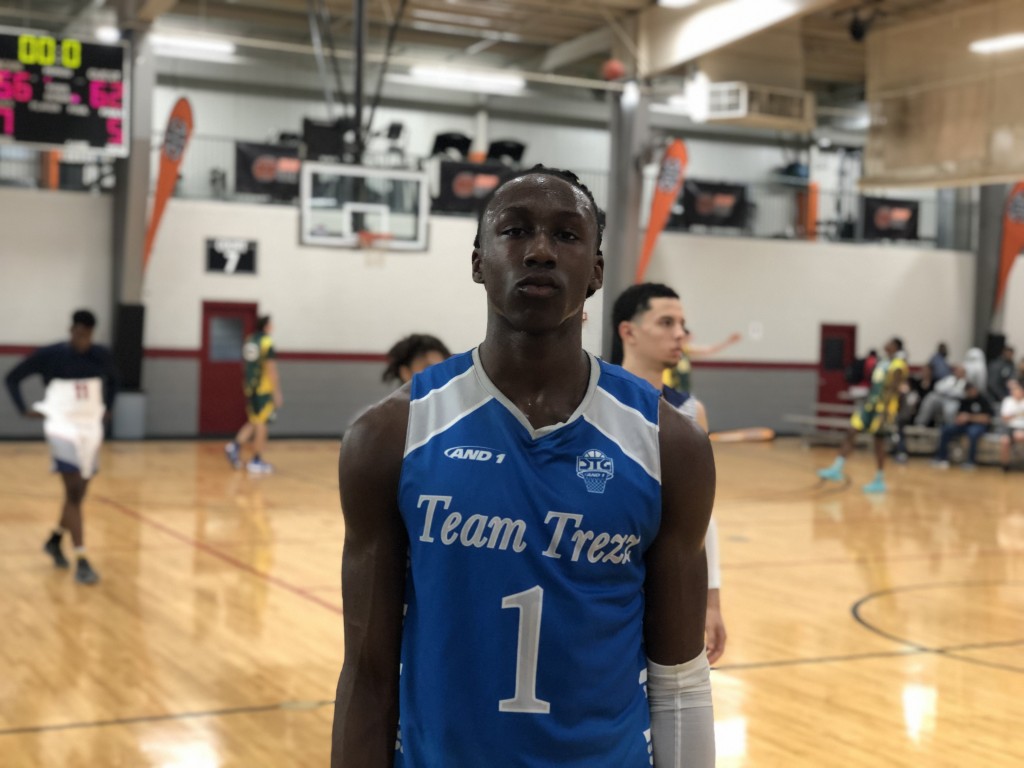 The HoopSeen Tip-Off was a chance for our staff to see Rocky Mount based Team Trezz, a 17-under travel team. What we witnessed was a team of tough, hard-playing, undervalued prospects.

The one player that caught my eye first was Keishon Porter, a 6-foot-4 wing from Southwest Edgecombe HS.

Porter is very athletic, has long arms, scores from all spots on the floor and is always moving. He thrives at getting by defenders with quick first step. His toughness stands out and he doesn’t back down. He is physically gifted with a very muscular build.

Porter told HoopSeenNC’s Justin Byerly that he has interest from ECU, Mercer, Georgetown (KY), Mars Hill, Western Carolina, UNC-Greensboro and NCCU, but no offers yet.

Players from small, economically challenged areas like Rocky Mount have a mantra about them, they play hard and fight for everything. Porter summed up how his weekend at The Tip-Off as you might expect, “I came in this weekend having a chip on my shoulder and under the radar so I had to wake them up and prove that I belong.”

I expect some low-to-mid major schools to become involved with Porter as a player that can impact at that level.