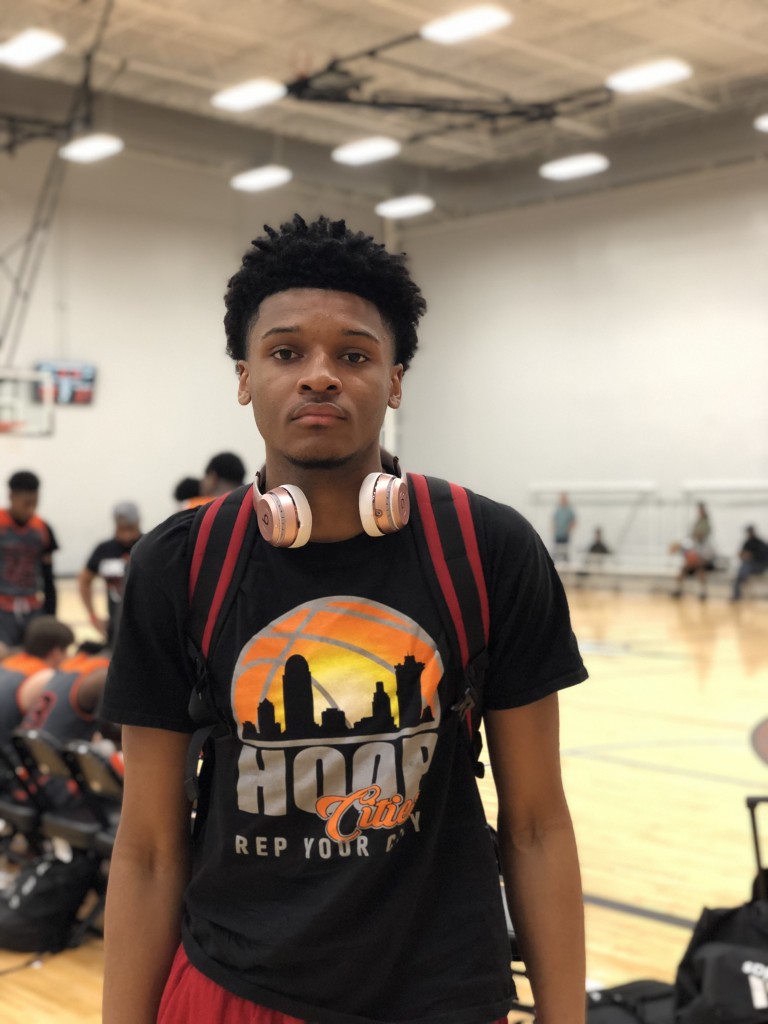 The Upward Stars Center in Spartanburg, South Carolina hosted the adidas Qualifier over this past weekend and it was loaded with talented teams and players. Here is a rundown of the event and some of the top performers and my breakout players from the event.

Josh Hall (Team Loaded NC)-Probably on the short list of the most attractive college prospect in the Southeast right now is the 6-foot-9 Hall. He recently picked up an offer from Kansas University after watching him workout at his high school Moravian Prep in Hickory, North Carolina.

For the weekend, Hall averaged right at 14 points per game as Team Loaded NC dropped two games while winning one. What stands out about Hall is his ability to stretch the floor with his shooting and his length. He alters and blocks shots down low and can defend on the perimeter all while on offense he is able to pull the defenders outside because of his shot making ability.

Justin Wright (Team Loaded NC)-The 6-foot-1 lead guard for Team Loaded NC is one of the best facilitators in the region and is a winner, an attribute I strongly consider when evaluating a player. Wright recently led Farmville Central High School to a NCHSAA 2-A state title. Over the weekend, Wright averaged 14 points and dished out 2.3 assists per game.

Day'Ron Sharpe (Garner Road)-After starting off the AAU season with HoopSeen at the Tip-Off, Sharpe continued his strong play at adidas. He went for 27 points and 9 rebounds against Team Carroll in a win and scored 11 points in a 59-56 win over fellow highly ranked center Walker Kessler of Game Elite.

Djimon Bailey (Garner Road)-Bailey is a prospect that continues to just do so many things well that college programs have to be intrigued with his versatility. He has great size at the lead guard spot and can play off the ball. The skill that puts him at the high-major level to me is his ability to attack the paint and make plays happen. Is strong in the half-court or in transition.

Carter Whitt (Team Loaded NC)-Already sporting offers from NC State, Ole Miss and Virginia, Carter Whitt is playing up an age group with the 17's. Effective and efficient are the words to describe Whitt's game. He doesn't "wow" anyone with ultra-athleticism or flashy plays, he just facilitates and makes the right passes. He averaged 8.1 points and 4.3 assists per game at the qualifier.

Marquise Rice (Team Wall)-This was my third time seeing Marquise and he was equally impressive again. The body is already there, the fluidity in his drives and the way he attacks the rim are all signs of a player that will land at the highest level. He scored 22 points against Marcus Smart YGC36 and 18 points against  The Florida Knights.

Jalen McDonald (Team Loaded NC)-Considered by many to be the most athletic player in the class, McDonald showed glimpses of what has caused the commotion around the high praise. He has a really quick second jump and almost seems to hang in the air longer than anyone else on the floor. He uses this ability to get a lot of easy baskets off tip-ins and follows. He runs the floor very good for a 6-foot-5 slasher that can also take defenders off the dribble and get into the paint where his athleticism prevails.

Elijah Jamison (Team Loaded NC)-The sturdy-built guard looks like he would also be a bear on the football field. He gets downhill in a hurry and he is a natural scorer. He has a really solid looking jumper and can score from all spots on the floor. He is a bulldog with the ball in his hands and isn't afraid of a challenge.

Will Felton (Garner Road)-Production is what Felton provides game in and game out In the game I watched, Felton scored 13 points and racked up 13 rebounds. He is skilled in the post and can score with with a soft touch around the rim and does a great job of grabbing rebounds inside his area or out.

Terence Harcum (Garner Road)-You have to out score the opposition to win the game and Harcum provides a scoring mentality to the Garner Road club every time he takes the floor. He scored in the double-digit in each game that I saw.

Jordan Wildy (Team Loaded NC)-Wildy does a lot of things really well. He runs the floor, has the potential to be a big mis-match problem with his shot starting to stretch out. He has recently backed off of his commitment to Western Carolina University and will enter the 2021 class at Moravian Prep next season.