NC/SC Standouts from Day One at HoopSeen Tip-Off 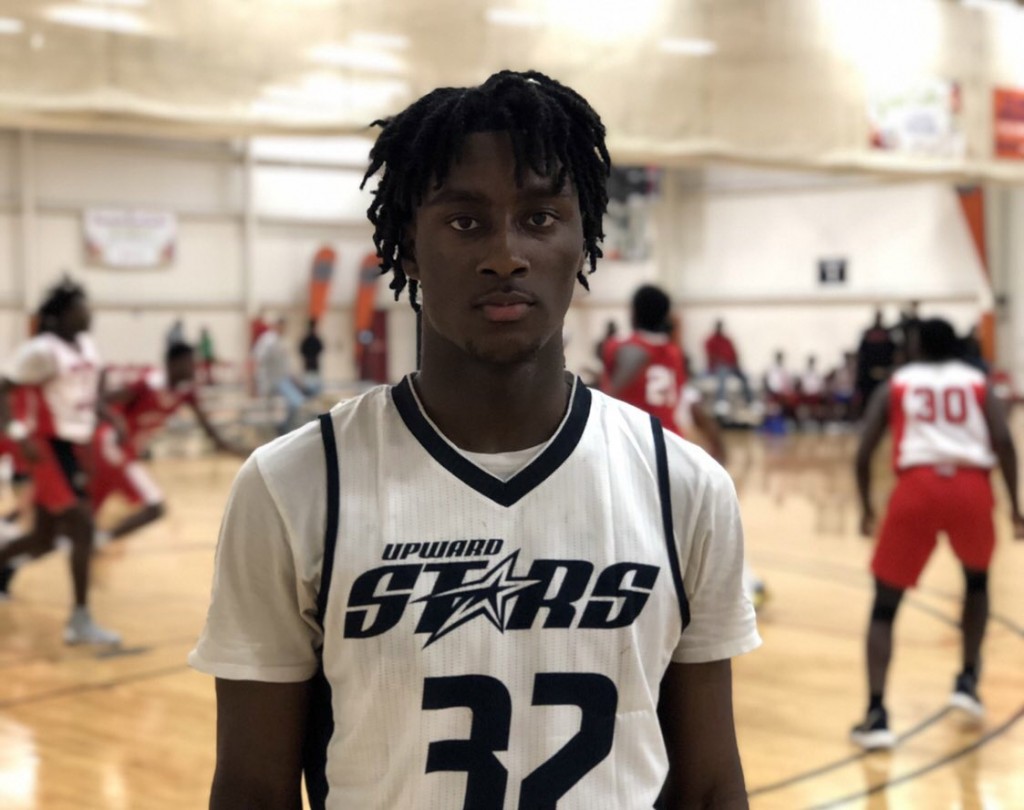 The AAU season is back. The HoopSeen Tip-Off is taking place at Suwanee Sports Academy just outside of Atlanta with 130 teams coming to town to showcase what talent they have. Some of the top teams in the Southeast are in attendance and HoopSeenNC's Justin Byerly was there to take in the action from Friday. Here is his take on some of the top performers from North and South Carolina.

Head Coach David Bentley always has a group of guys that play hard and execute defensively as well as doing so on the offensive end. This year's Upward Stars team is no different.

Ty Briscoe-The 6-foot junior guard scored 28 points in a late night win over the Charlotte Aces. He can score from all spots on the floor and is quick with the ball at the guard position. Briscoe plays his high school basketball at Lakeside in Augusta.

Case Roach-This is the fourth time seeing Roach. The 6-foot-5 Travelers Rest (SC) native is a really good defensive rebounder, likes to get out and run the floor, a fundamentally sound player with a strong mid-range game. He finished with 11 points in the Upward Stars win.

The Rocky Mount, NC club is sponsored by former Eastern North Carolina standout and NBA player Montrezl Harrell and these kids came in on Friday with a chip on their shoulder ready to show the AAU circuit what they are about. Team Trezz got the win over Middle Georgia Bucks to start their weekend.

Linwood Grady-The long and athletic Grady is a playmaker. He scored from a variety of plays on the court. He can finish plays above the rim and is explosive from the wing and in transition. The 6-foot-5 wing finished with 14 points in the win.

Eric Wynn-The 6-foot-8 freshman displayed good footwork along with a nice looking shot. He has a soft touch around the basket and is a good rebounder. Wynn gets good position down low and boxes out. He stays under control and uses shot fakes to perfection. He also blocked/altered shots.

Reggie Walton-Quick and a blur in the open floor he is good at finishing with contact and is hard to stay in front of. He is a pesky defender with quick hands and really good court-vision which he displayed well tonight.

Kevin Ligons always brings a strong and physical type of team to the AAU season. The Charlotte based Aces has some bigs that could play at the next level as well as some good guard play.

Maurice Howard-The Berry Academy guard scored 19 points for The Aces last night on some long-range shots and drives to the basket. Howard is one of the premier guards in the Charlotte area and has steadily been a all-conference player since his freshman season.

Chiek Traore-The 6-foot-8 big man for Ligon's squad passes the look test, and does a great job of running the floor and finishing with his size. He has a chiseled frame and wide-shoulders. He had a run in the last 4 minutes of the game scoring 8 of his 16 points to cut the Upward Stars White lead to six. He rebounds well, he just needs to refine some of his post moves and he is a sleeper at the next level.