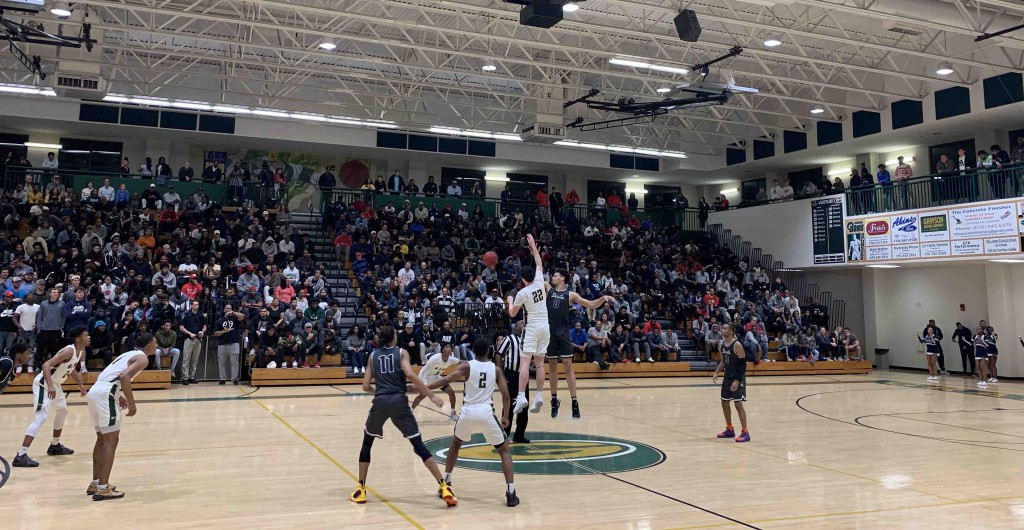 GRAYSON, GA - With 1:59 left to play in the fourth quarter, the exodus began. The Grayson home crowd walked up the staircases and started the walk to the exits.

Norcross’s effort on a foggy Thursday night in the Sweet 16 of the AAAAAAA state tournament was that kind of defeating feeling. The fans saw enough. The Blue Devils had an answer for every single run the Rams put together.

And just like that, the Gwinnett County powerhouse looks like a club ready to continue their march all the way down to Macon for the state title game.

The Blue Devils did a terrific job of slowing down the Grayson attack, particularly slowing down the gas-pedal-to-the-floor speed of Deivon Smith and the scoring touch of Jevon Tatum. The duo combined for 26 points.

Grayson pulled within four points with 3:07 to play in the third quarter but Norcross always head an answer. More times than not, it was five-star junior guard Brandon Boston who had the answer.

Boston, the most talented player on the floor, had the look in his eyes that you would like to see from one of the best players in the nation. He wanted the ball in his hands and made Grayson’s defense work hard to guard him. Boston scored tough buckets against tough defense from Tatum.

When Boston’s shot wasn’t falling from deep, the long junior took his impressive wingspan to the air and attacked the rim with ease. It was an impressive display of work.

“He listens throughout the game. He’s a very talented player so you want to give him the freedom to do what he’s capable of doing. He listens as the game goes on,” said Norcross head coach Jesse McMillan. “He really takes coaching.”

“I just think my teammates were trusting me to score the ball,” Boston said. “I believe in them and they believe in me.”

McMillan speaks highly of his team and their cohesion since the Christmas break.

“It is something that just kind of happened. For whatever reason, it happens a lot with us. I think it takes a while for our team to understand the pressures and the expectations and the bulletin board that they are year after year,” McMillan said.

Norcross went to the Hall of Fame Classic in Springfield, Mass. and played arguably their best game of the year in a win over Roselle Catholic (NJ). Since then, the Blue Devils went 6-1 and had wins against Meadowcreek and Gray Collegiate out of South Carolina.

“We put these guys in some tough environments and big gyms and big games. But they learn and they listen. We don’t change anything throughout the course of the year,” McMillan said. “We are still working on the basics and fundamentals of the game, playing good defense and trying to play together. Those are the same things we did in the very first practice. After 50 or 60 practices, this stuff becomes habit.”

Those habits will be tested again in the Elite Eight as the Blue Devils play host to Roswell next week.