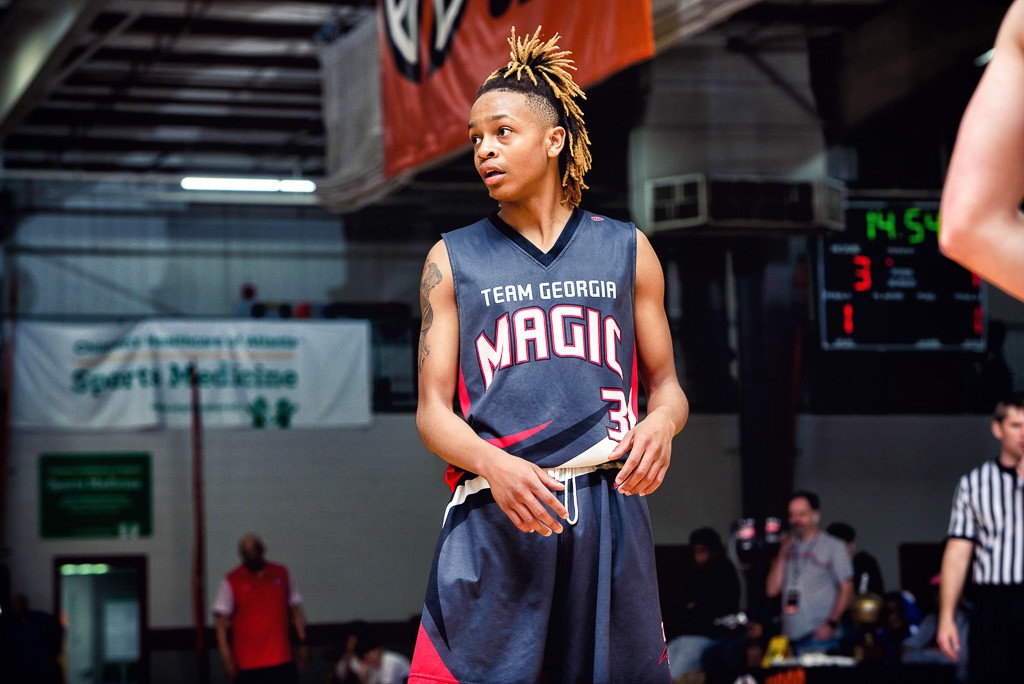 The Class AAAA division of the GHSA has started and ended with Upson Lee over the last couple of years. Will that narrative continue this year as we begin another March to Macon? We dive deep into the class and how the state tournament looks with a AAAA focus.

Carver Columbus (20-5) | Columbus, GA
Region 1
Notable wins: Spencer, Lee County, Dougherty, Americus Sumter, Westover
Notable players: SR AJ Watts, SR Devin Flowers, SR Jalen King
Notes: The Columbus program have consistently been one of the best teams in the Southwest region of the state for years. Watts is one of the best players in the entire AAAA bracket and a likely all-state pick. Their guard play is fast and furious.

Upson Lee (24-1) | Thomaston, GA
Region 2
Notable wins: Howard, Wilkinson County, Langston Hughes, Jones County, Mary Persons
Notable players: SR Zyrice Scott, SR Travon Walker, SR Jarrett Adderton, JR Derrius Hayes
Notes: For two seasons in a row, the Knights have ended the year undefeated and with a championship trophy. Zyrice Scott and Travon Walker have been a part of 110 total wins in their storied career in the Upson Lee rotation. Those are historic numbers in the state of Georgia. The Knights have beaten teams by an average of nearly 30 points a game this season.

Thomson (19-5) | Thomson, GA
Region 3
Notable wins: Laney, Hancock Central, Baldwin, Cross Creek, Richmond Academy
Notable players: SR Zander Hamilton
Notes: The East Georgia squad always has a team anchored in athleticism and grit. The Bulldogs will grind it out on defense and make opponents scrap and claw their way through the 32 minutes of action. Additionally, winning at Thomson isn’t easy. They are 9-1 on the season. The home court advantage should pay dividends.

SE Whitfield (14-14) | Dalton, GA
Region 6
Notable wins: Heritage, LaFayette, Mt. Zion, Boyd Buchannan (TN)
Notable players: SR Zac Cole, SR Bryce Stanley
Notes: Zac Cole is a double-double player, posting 15.8 points and 11.8 rebounds a game. Six of their losses have been in a one-possession game. A favorable draw in the first round could help propel them forward through the bracket.

Denmark (22-6) | Alpharetta, GA
Region 7
Notable wins: West Forsyth, Forsyth Central, West Hall, Riverside Military, Marist, Blessed Trinity
Notable players: JR Adonnis Tolbert, SOPH Sutton Smith
Notes: In the first year of existence, the Danes not only made the state playoffs they earned a No. 1 seed and won their region. Welcome to the show, kids. Sutton Smith is one of the best point guards in the AAAA tournament and Tolbert is one of the top emerging big men in the class of 2020 in the north metro Atlanta area. Get used to seeing Denmark in the postseason.

St Pius (24-3) | Atlanta, GA
Region 8
Notable wins: Pace, Marist, Newton, Hoover (AL), Milton, Blessed Trinity, Jesuit (FL), Loyola Blakefield (MD), Stephens County, North Oconee, Cedar Grove
Notable players: SR Matt Gonzalo, SR Niko Broadway, SR Brian Gonzalo, SR Zach Ranson
Notes: Is this the year where St. Pius X finally brings home the title? This group of seniors has been a part of 100 total wins over the last four years. That kind of experience could help the Atlanta private school finally get over the top. The team has two of their three losses way back in November and have been in a terrific zone ever since.

Dougherty (20-8) at Henry County (25-3): This game pairs two of the top 10 teams in the AAAA classification. Dougherty will travel 150 miles for this first round game and Henry County is tough to play at home. The Warhawks are 9-1 on the year and boast one of the best point guards in the tournament in Wisdom Uboh. Dougherty’s Justin Jackson and William Riggins on the glass could be a difference maker for second chance opportunities.

Salem (17-9) at Americus-Sumter (22-4): Two of the most exciting players in the entire bracket find themselves paired against each other. Lance Smith and Montez Swann of Salem and Josh Lusane of Americus-Sumter are all game-takeover kind of players. Smith is posting 15.7 points a game and shines on the defensive end of the floor. Lusane is putting up 16.4 points and 7.7 rebounds a game.

Lafayette (24-2) at Marist (18-9): After their stellar regular season, Lafayette finds themselves on the road in the first round of the state tournament. Senior Alex Kelehear is having a tremendous senior campaign and is takeover a game good. Pair that against the Marist balance of all region players  Cody Gaynes, Kyle Hamilton, Sam Neel and Alex Spiegel and you have a terrific first round game to watch.

We’ve written about Denmark point guard Sutton Smith quite a bit over the last couple of years and the praise has been warranted. The sophomore floor general was co-Region Player of the Year in Region 7. Eyes will certainly be focused on him. But keep watch on 6-foot-6 junior forward Adonnis Tolbert, too. The 6-foot-6 forward could be a popular name with college coaches this spring and summer. A big buzz could start in the state tournament.

Kobe Stewart of Cross Creek has the tools to be a riser out of the Augusta area. The long 6-foot-4 wing has been consistently productive this season for the Razorbacks. Stewart has a great basketball frame and his team has a chance to make a move the bracket. He could be a catalyst for such a move.

Baldwin went to the Final Four this season and have been consistently good since Buck Harris took over the Middle Georgia team in 2015. Donte Justice and Justin Webb played roles in their team’s success last year. If Baldwin were to get through the first two rounds, and that’s a tall task, they could even make a run to the Final Four.

Cartersville’s draw is a favorable one in the bracket. The combined record of the three other teams in their opening round draws is 31-49. The Purple Hurricanes always have a point-pumping guard and this year's go-to guy is Perignon Dyer. The sub six-footer can go for 20 a game on any given night. Isaac Gridley, a 6-foot-6 senior, is a really nice high school rebounder, too. Don’t be surprised if Coach Mike Tobin’s group makes a nice run this month.