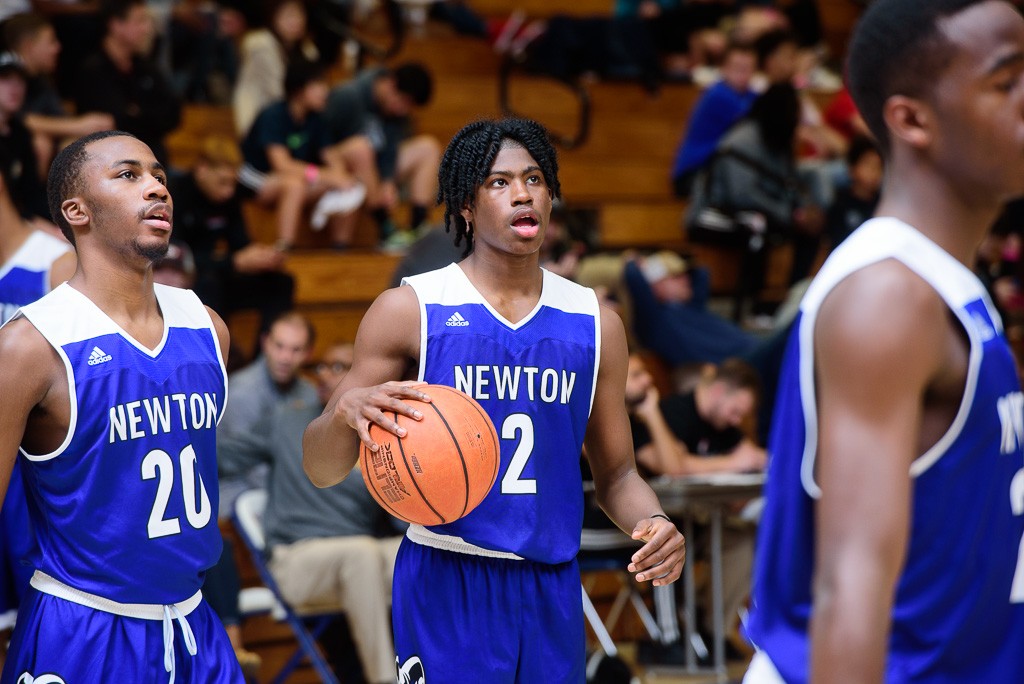 MARIETTA, GA - The Tournament of Champions Holiday Classic has quickly become a must-stop event after Christmas in metro Atlanta. The action on Friday at Wheeler High School was a perfect blend of powerhouses, out of state schools and up and comers. Guard play was the story of the day on Friday.

HI, MY NAME IS TRE CLARK

Tre Clark has played with all of those players. Along the way, he’s picked up parts of each of their games and put it into his own.

Clark, a 6-foot-3 senior, is having a terrific season for the Rams. Clark has always been regarded as a perimeter scoring threat but with roles changed and continued development, he has become one of the best point guards in the state.

Even in a one-possession loss to St. Francis on Friday, Clark was the best player on the floor in the match-up. His passing was on point on Friday. He was the best rebounder when he was on the floor. Clark blew by his defender with the dribble time and time again. His set shot was reliable from three.

His recruitment has been peppered with quality Division II programs but things could be changing soon. Virginia Commonwealth was on hand to see him play on Friday.

JOHNSON HAS NEXT AT CEDAR SHOALS

Cedar Shoals 2020 guard Tyler Johnson has been on a tear this season. Johnson is a terrific shooter with a knack for pumping in the points. Paired against Wilkinson County, Johnson rattled in 27 points in a variety of ways.

He’s good off the bounce and good at getting to the rim as a scorer in traffic. That’s not surprising. Cedar Shoals continually cultivates tough players. Johnson is next in line. His play against a spirited WilCo team was terrific.

His versatile play has started to attract the attention of a number of programs. Johnson said he’s heard from the likes of Middle Tennessee, Tennessee State, Georgia, Wofford and Charleston Southern so far.

We’ve been high on Corey Walker since the first time we saw him at the CP3 Rising Stars camp. The 6-foot-6 wing forward from Jacksonville (FL) Bishop Snyder was the most versatile player on the floor on Friday at the Tournament of Champions.

Walker is the No. 19 overall player in our 2020 national rankings and he proved just as much against Langston Hughes.

His pull-up three-pointer is a deadly weapon on offense. On defense, he’s able to slide into the paint and grab rebounds in traffic and against size. Walker is the modern day combo forward. He shines in such a role.

We’ll have a more in-depth story on Walker later regarding his recruitment. Auburn, Georgia, Xavier and VCU were on hand for his 26-point, 13-rebound effort.

PEYTON DANIELS HAS NEXT

“Have you seen the sophomore at Tri-Cities?” That was a text that came across my phone right after Christmas more than once, asking about Peyton Daniels. The 6-foot-2 guard from East Point, GA was trending in the opening action from the Tournament of Champions.

On Friday morning against North Gwinnett, he didn’t disappoint.

Daniels scored 21 points in a 70-64 win over North Gwinnett. He’s a high level shooter and scorer. He was a trending freshman last year and continues to impress. Daniels said he picked up an offer from James Madison after his showing on Wednesday. Daniels said he has visited Georgia and said Tennessee is recruiting him, too.

There is something satisfying about watching a player grow from a role player to go-to guy. That’s the progression of Shiloh (GA) senior Kendall Lewis. He’s now a player that coach Kim Rivers looks to in the clutch. Lewis, a versatile 6-foot-6 combo forward, had a nice game against Holy Innocents’. He’s one of the better available forwards in Georgia. Mercer was on hand to see Lewis play on Friday.

Coaches from Harvard, Mercer, Rice and UAB were in to see Chattahoochee junior wing Cameron Sheffield. He played well in front of the evaluators. The 6-foot-5 guard continues to grow into a player.

With his future college coach Jonas Hayes of Xavier watching, St. Francis guard Dwon Odom did what he always does - he used his next level explosion to get to the rim in the half court and in transition at will. Watching him explode to the iron is something to behold.

One of the more appreciated efforts from the day came from Wilkinson County's SR SG Jaylon Lamar. He had 28 points and shot very well in a loss on Friday afternoon to Cedar Shoals.

Junior point guard Eric Gaines of Lithonia (GA) may have been the best passer I saw on Friday. He’s one of the more underrated guards in the Peach State.

The Holy Innocents’ 2021 duo of Chance Moore and Garrison Powell will be a deadly 1-2 punch over the next couple of years. Both guards can really fill up. Moore has great length for a shooting guard and Powell gets to a spot quickly with the dribble. Auburn, Georgia and UAB were watching them closely.

There are a lot of terrific guards in Georgia’s 2020 class. Few are more steady than Grayson’s Deivon Smith. He’ll be a top 100 national prospect after the spring by the national services. Believe that.