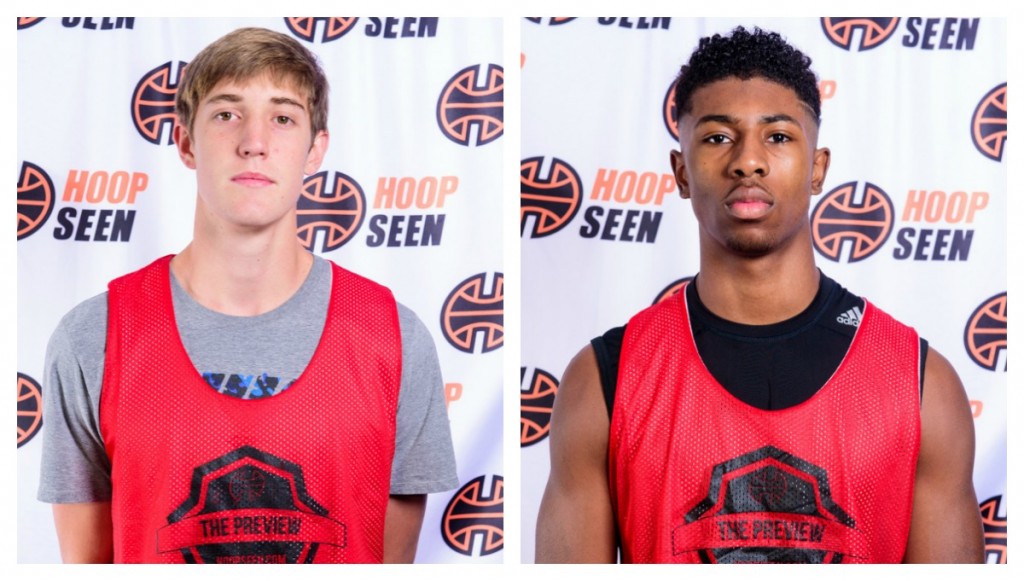 We had a full camp on Sunday for the 2018 Georgia Fall Preview. Each team was balanced with talent, size and grade levels. We begin our team by team evaluations today. Meet Team 15.

Elijah Alceus, SF, 6-5, Norcross, 2021: The sophomore is a solid rebounder who found his spots to work the glass. He’s more of an undersized post player with a solid skill set inside and out. He showed great footwork in the post and a willingness to guard on the perimeter.

Robbie Armbrester, SF, 6-5, Therrell, 2021: After a stellar weekend at the Elite Preview underclassmen camp, Armbrester was back at it here at the Georgia Fall Preview. He attacks the rim hard and finishes very well at the cup. He’s a tough as nails wing player and knows how to get to the hole.

Caleb Boone, CG, 5-10, Calhoun, 2020: The small guard was quick with the ball and moved well in the halfcourt.

Bentley Fagan, CG, 5-11, Henry County, 2021: A physical and strong guard, Fagan attacked the basket and rebounded well. When his team needed a verbal leader, he stepped up and provided that kind of leadership. We impressed that upon the players all day. He jumped on that.

Tucker Gilbert, F, 6-6, Evans, 2019 (pictured left): A tough post player, Gilbert carved out a niche for himself as the team’s best rebounder. Gilbert used a nice drop step moved on the low block to score. Because of his good natural strength, he holds his position well. Offensively, he has a good looking shot out to 15 feet.

Corey Hines, CG, 5-10, Archer, 2020: A good outside shooter, Hines was at his best on the wing. He moved well on the outside to look for shots. He will need to continue to work on handling pressure as a ball-handler.

Sam Hines, SG, 6-5, Wheeler, 2020 (pictured right): One of the strongest players in the camp, Hines proved himself as a player who can shine inside and out. He’s a strong and active finisher. His face up game is good out to 15 feet. Added skill with his ball-handling will open up his offensive game.

Jaiden Julian, CG, 6-4, Hillgrove, 2019: Julien is a nice all-around player and can play multiple positions. He was the best defender on the team. The multipostinal player is good in the open floor and his length keeps him in the mix for rebounds. On and off ball, he’s active on defense.

Camerin Lyons, PG, 5-9, McIntosh, 2020: A small but quick guard, Lyons is just silky smooth with and without the ball. He’s a not a guy who will force the issue or take a shot that he shouldn’t. Lyons has a nice patience to his game and played within his abilities.