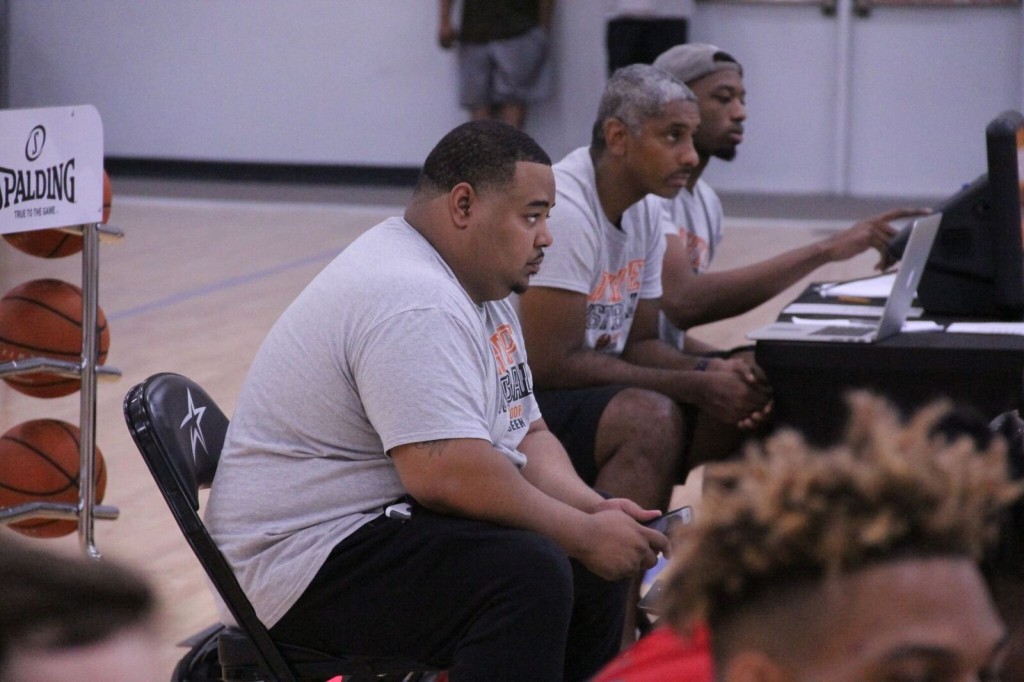 Our first Carolina Preview camp produced some of the states best talent in the 2019-22 classes. After a full day of evaluating the prospects during drills and 5 on 5, coach Darryl LaBarrie and I came up with who we deemed as the camps top performers.

Rodney Howard, 2019 F, Legacy-Atlanta Celtics: Rodney Howard was the best player in attendance at The Preview and Ole Miss got a good one. He’s not a fluid athlete in crowds but he is long, has good hands, and a good motor. At 6’9 he has good lateral movement that shows when defending ball screens. He has nice explosiveness off the ground to finish on drop off passes and he rebounds outside of his area. He showed the ability to make a mid-range jumper as well as a 3. Rodney ran the court hard consistently and he finishes with elite athleticism while running full speed. He has a good feel for a young big and passed well out of the double team or from the high post. He also showed a couple of good back to the basket moves and caught the ball in crowds throughout the day showing that he has good hands. If he continues to develop and puts some weight on the sky is the limit for him. – Darryl LaBarrie

Isaiah Caldwell, 2020 G, Heathwood Hall-Upward Stars SE: Isaiah Caldwell is an explosive athlete that was dominant most of the day. He has long arms and plays bigger than his height because of his athleticism and toughness. There’s time to add some needed weight but he will rebound despite of it. Offensively he uses his athleticism to consistently attack the rim. There’s some improvement that can be made in ball screens but he has some wiggle and feel in the open court. He was also able to beat his man off the dribble in one on one situations throughout the day. He has great anticipation on the defensive end when he is locked in and can really shoot the gaps to force turnovers. He is a very good passer from the wing position off of the bounce when attacking the rim and he occasionally initiated the offense. He talked and competed the entire day. As he continues to work on his jumpshot, he should fill out very nicely as a prospect. – Darryl LaBarrie

Kamar Robertson, 2019 G, Cambridge-Atlanta Celtics: From the very start of the days action, Kamar Robertson looked like he was playing with an agenda. Anyone in front of him had to deal with a ball handler that constantly pushed his teams pace. When things slowed down, Robertson was equally effective as he used high ball screens to get past the first layers of the team's defense. Once in the paint, his teammates benefited from some well timed kick outs. Defensively he was solid as well as the back court of him and Alex Cunningham pressured guards up to half court. Robertson has interest from several division 1 programs and after his play in Spartanburg, several should begin to extend him an offer. - Tai Young

Tre Jackson, 2019 G, Team South Carolina: Tre Jackson has a quick trigger from 3 and can get it off the dribble or the catch when defended. He was very streaky throughout the day but he has the potential to make 4 or 5 tough ones in a row. He has a slick handle,  can get from point A to B in a hurry, and loves to ignite the break when he rebounds. At times he gambled defensively, but he has the ability to get steals because of his quick hands. He is crafty at the rim and finished from multiple angles with both hands. At times he made some careless decisions but that’s expected in a camp setting. The confidence in his game showed through as he played like someone who is committed to Iowa State. - Darryl LaBarrie

PJ Hall, 2020 F, Dorman-Upward Stars SE: PJ Hall has great size for a junior and I loved his fight and competitive spirit. He blocked shots throughout the day and did not back down from Rodney Howard when they were matched up. PJ has a nice feel around the rim and he finished with either hand. He showed some back to the basket moves and also stretched his game out to the 3-point range. He has a pair of great hands that he used to rebound and ignite the break on a couple of occasions. Eventually he has to get stronger and play with a lower center of gravity but he has a chance to become a really good player if he continues to work on his game and progress. - Darryl LaBarrie

CJ Washington, 2020 F, IRMO-Playground Elite: While watching CJ Washington get loose during our drill sessions I made a note to myself to make sure and watch him going forward. Even during our ball screen segment he stood out as I can hear him yelling out on defense from the other end of the court. One the 5 vs. 5 action started he shined through as a strong combo forward that lived around the rim. He lives well between between being both a finesse and bruising forward as he has the body to throw his weight around without losing control. Offensively he made open 3s, navigated ball screens and grabbed more than a few offensive rebounds. Simply put he did a little bit of everything. - Tai Young

Darin Parker, 2020 F, South Aiken-Team Flyght: Darin Parker is a 6’3 big bodied skilled tweener forward that shot the ball extremely well from three and the mid-range. That showed in one game as he even made a 3 coming off a ball screen. He can handle and push the ball in transition and has dribble moves to get by defenders in the open court. Despite not having a size advantage, Darin showed the ability to post and score with his back to the basket. He found some of his teammates at times but overall he played with a scorer’s mentality. - Darryl LaBarrie

Alex Cunningham, 2020 G, Greenwood-Upward Stars Upstate(blue): Alex Cunningham is a wing that used his physicality to bully his way to the rim. He loves to attack the basket, can get his own shot, and really rebounds for his height. He got hot later in the day and made four straight from 3-point range. He is a competitor and was guarding the best big in the camp at one point. - Darryl LaBarrie

Russell Jones, 2019 G, Westwood-Team South Carolina: For as good as things seem to be up on the Hill, Winthrop is in for a pleasant surprise when Team SC guard Russell Jones steps foot on campus. If there was one player at camp whos play would reach you from well across the gym then it was clearly the play of this tough nosed prospect. The combinations that Jones would effortlessly pull off gave him some wow factor that he didnt seem to try for. Every move he made was impactful despite it looking clean enough to be on several highlight tapes. He plays the game with a smile despite being one of the toughest players on the court. An in-state get like Jones is sure to keep the Winthrop fans pleased. - Tai Young

Joshua Beadle, 2021 G, Cardinal Newman-Upward Stars SE: Josh started slow but got comfortable as the day went on and played very well. He has a really solid handle for his size and nice one on one moves to get by defenders. He is athletic but also crafty and has some unique left-handed finishes at the rim. He also made some tough floaters in traffic throughout the day. His confidence in his perimeter shooting will rise over time even though he did make one from three-point range. Right now, he much rather get to the basket and create plays in the paint. -Darryl Labarrie

Cooper Fowler, 2019 F, JL Mann- Upward Stars Upstate: Cooper Fowler rebounded well all day on the both ends of the court. He has a good pair of hands and in the post he showed nice touch around the rim. Cooper is a true big that passed well out of the post when double teamed. He doesn’t do anything fancy and just plays the game the right way. He needs to use his senior year to tighten up his body but could become a surprise in college with the right strength and conditioning program. -Darryl LaBarrie

Dillon Jones, 2020 F, Keenan-Upward Stars SE:Dillon is a skilled big wing at 6’5 with a college ready frame. Dillon showed a good feel for the game as he handled the ball, passed it, and made 3’s. Dillon is strong and bullied his way to the basket with finesse finishes at different angles in transition. He was actually one of the more talented kids in the camp and will rise up my list as his motor matches his potential and skill. - Darryl Labarrie

Zachary Dunlap, 2019 G, Westwood-Carolina Pressure:Zach played very poised throughout the day at the guard postion. He has a very quick release on his 3, had quick hands on defense, and is a very good athlete.  He needs to continue working on his feel for the game at the point guard position but his value is that he can score at all 3 levels. Zach was one of the players at camp that made plays on both sides of the ball consistently. - Darryl LaBarrie