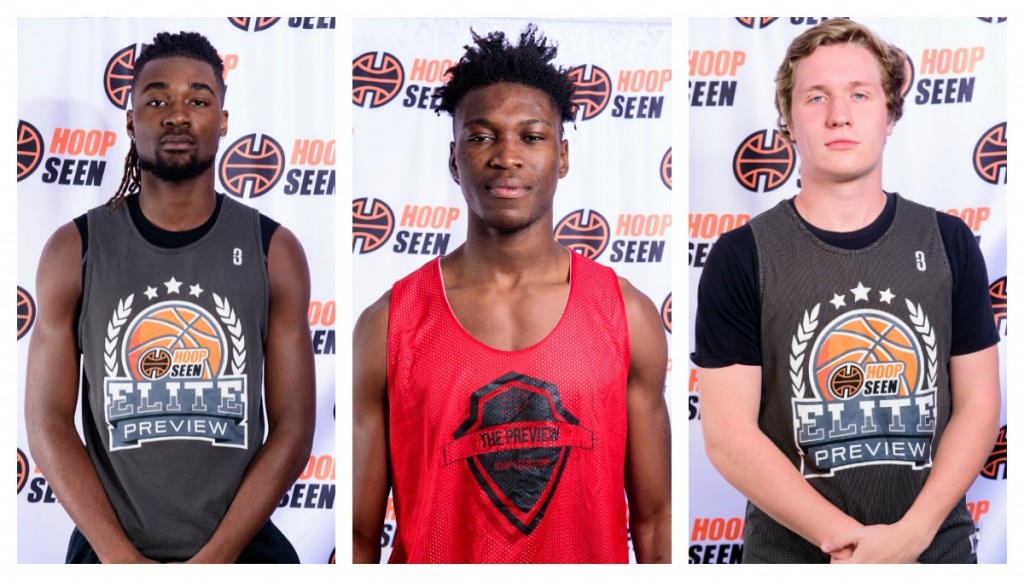 Mekhail Bethea, PG, 6-0, Dacula, 2019: The heady point guard has great court vision and did a nice job of being a set up man and a scorer. He will almost always finish in traffic. On the defensive side of the ball, he shined as someone that welcomed the challenge of locking someone down. As we move into the high school season, he’s one of the best available point guards in Georgia’s 2019 class. - Justin Young

Alex Kelehear, PG, 6-0, LaFayette, 2019: When putting teams together in the back of my mind I knew that some lucky floor spacers and rim runners would benefit greatly from Alex Kelehear at the point. Even before receiving an outlet, his eyes are up to survey his options. There were even a few assists left on the table because of few of his teammates didn’t make eye contact or understand that chess game that Kelehear was playing. His feel for the game is great as put guys in position to do what they do best. Some non division 1 schools should take a look at this high academic facilitator. - Tai Young

Ja’Queze Kirby, F, 6-6, Jeff Davis, 2020: Motor, motor, motor. It’s the perfect word used to describe Jeff Davis forward Ja’Queze Kirby. Blocked shots, above the rim rebounds and aggressive defense are all things that justify the attention this combo forward has received thus far. Offensively there’s been some work put into his long range shooting as he was able to knock some in from the corners. Kirby’s play on both ends made him one of the best two way players in the gym. - Tai Young

Jordan Meka, PF/C, 6-9, Mount Bethel, 2020: Meka was one of the most dominant players I got a chance to watch at Fall Preview. The Georgia Stars PF is big, strong, and aggressive. He dunked over several defenders and managed to guard all five positions at some point. His ball handling could use some improvement but his back to the basket game is very solid. The Mt. Bethal hooper already has offers from Georgia, Georgia Tech, and Mississippi State under his belt. He’ll look to add to those this upcoming season. - Bre Singleton